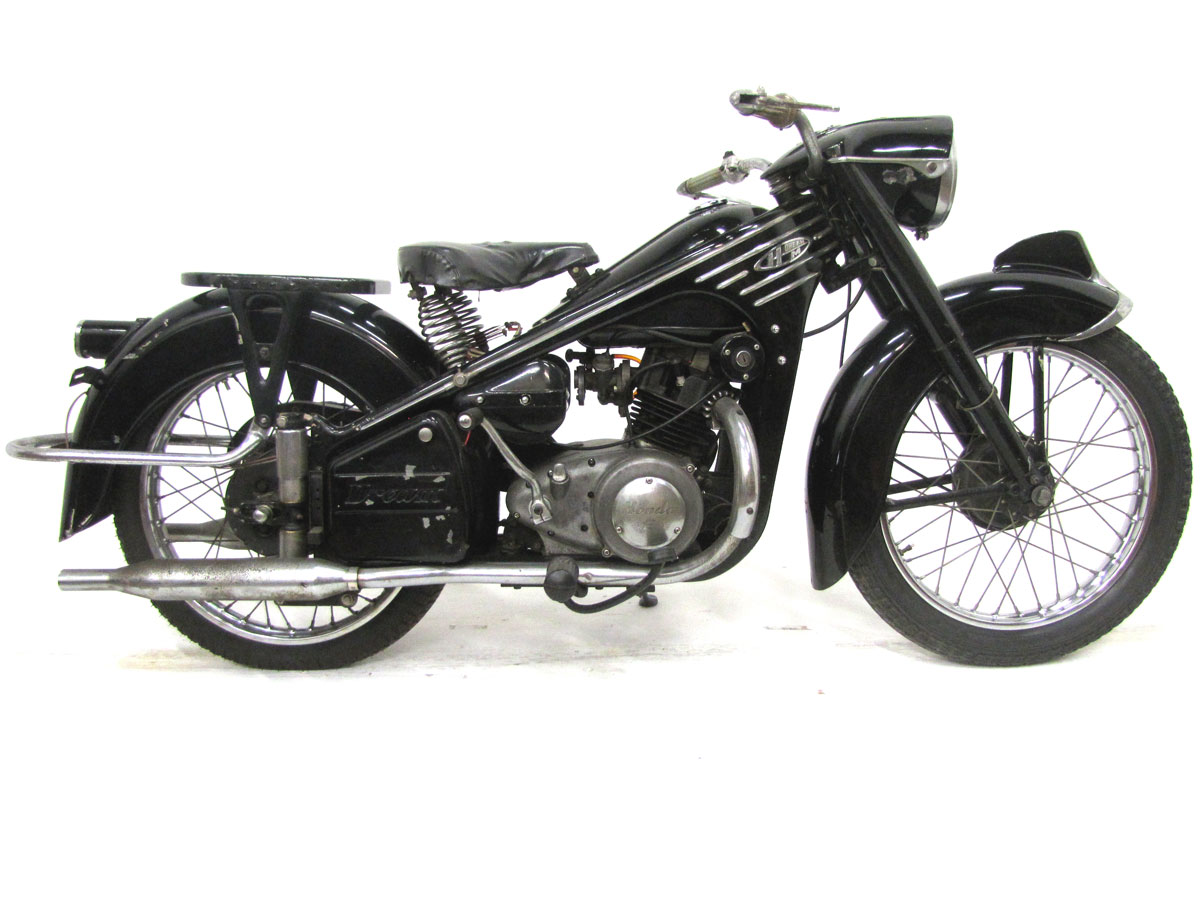 Compared to later Hondas, the Dream 4E was a rudimentary design. Some would say it borrowed some of its engineering and design from German makes, especially NSU.

Soichiro Honda’s first motorcycles came to market in 1947, almost immediately after World War II. They were essentially bicycles with small clip-on engines. His mission was to put a war ravaged Japan back on wheels, getting people to work and to market. Within a few years Honda’s engineering improved and his designs became more sophisticated. Unlike his first motorcycles which used surplus and sourced engines, the first two-stroke 98cc Dream was produced entirely in house by Honda employees. As we see with this Dream there are even embellishments like the chrome “speed stripes” on the side of the frame and a handsome headlight nacelle with chrome plated trim.

Looking at BMW and NSU motorcycles of this era we see some similarities with the chassis. The plunger rear suspension was well established in Germany and England by this time, though the seat was still sprung. Even more comparable to German BMW and NSU designs is the frame; a pressed steel “perimeter” design, made in left and right halves and welded together.

At this time Honda’s distribution was limited to Japan and his Japanese competitors were many. In fact, it is written that while Honda’s business grew almost exponentially in the years immediately following the War, a variety of problems conspired to nearly put him and his partner, marketing specialist Fujisawa, out of business around 1954 when this motorcycle was manufactured. 1959 was the first year Hondas were distributed in the United States.

This is one of several very early Hondas on display with dozens of other Japanese machines from Kawasaki, Yamaha, Honda and Suzuki. This Honda is on loan from the Jill and John Parham Collection.