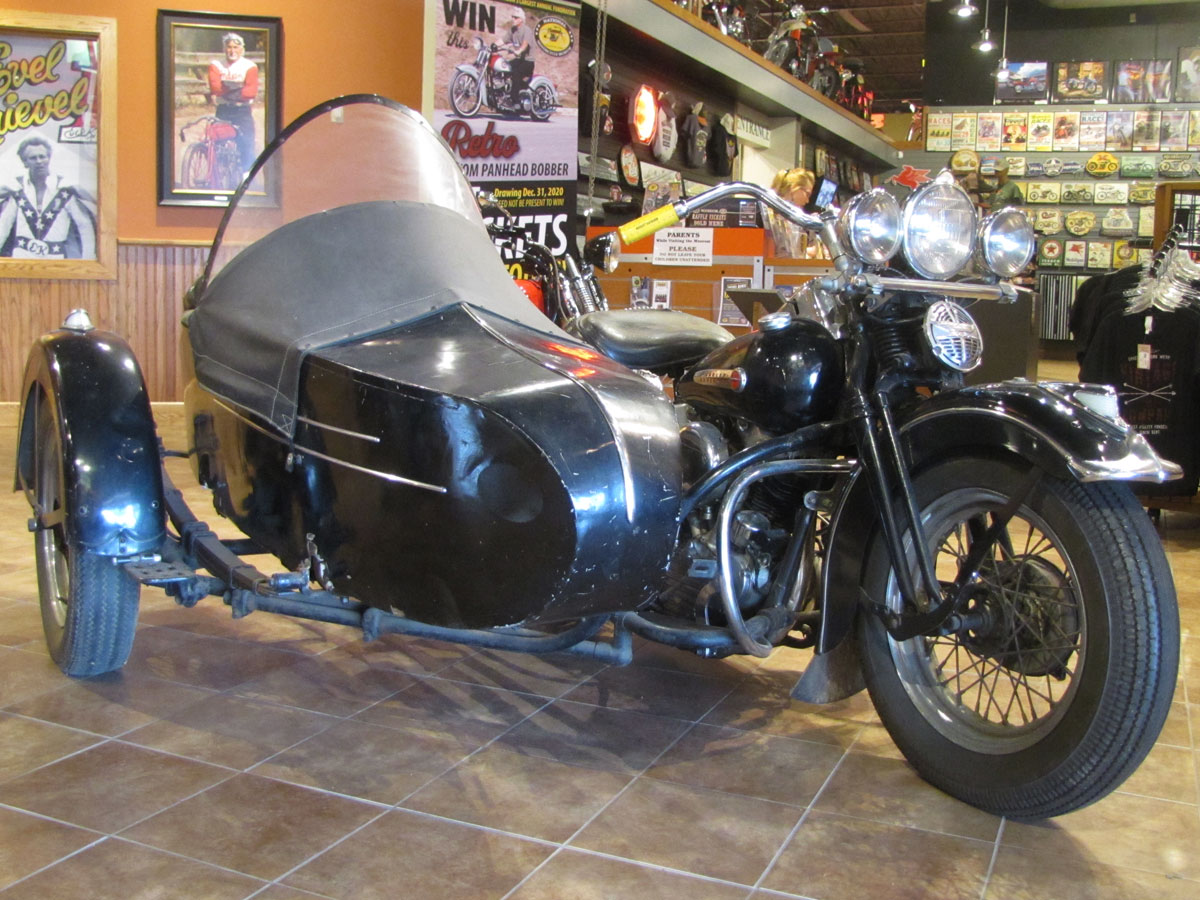 Nearing the end of “Knucklehead” engine production, and just a couple of years from a manufacturing hiatus due to World War II, in 1947 Harley-Davidson’s EL’s and FL’s were fairly refined machines. In 1931 engineering work had started on a new heavyweight touring bike design. Though this was the height of The Depression in America, Harley-Davidson knew it had to design and engineer to stay ahead of its rival, Indian. Continuing to maximize a motorcycle’s usefulness with a sidecar was part of that.

First offered in the 1936 model year, dubbed the E model, this was Harley’s original 61 cubic inch OHV V-Twin standard production engine. It incorporated Harley’s first recirculating lubrication system, used a completely new double down tube frame and stronger springer fork. There were some technical problems to work out with first year models, and looking at production records, three successive 1936 “versions” can be found. Styling advanced greatly and, today known as a Knucklehead, these Harley’s are looked back on as one of the Motor Company’s finest offerings.

For the first few years 18 inch wheels were fitted, but 16 inch wheels were typical when full production resumed after World War II. Colors were two-tone with pinstripes separating the colors early on, but most post-war bikes were painted in solid colors, red, blue and black being most popular.

There are many ELs and FLs, 1936 to 1947 in the National Motorcycle Museum to make comparisons with, in addition to “Knucklehead” engines displayed on the Motor Wall. This sidecar rig is on loan from musician Dan Auerbach, but there is also a red 1947 Knucklehead sidecar rig donated by Frank Webb on display.