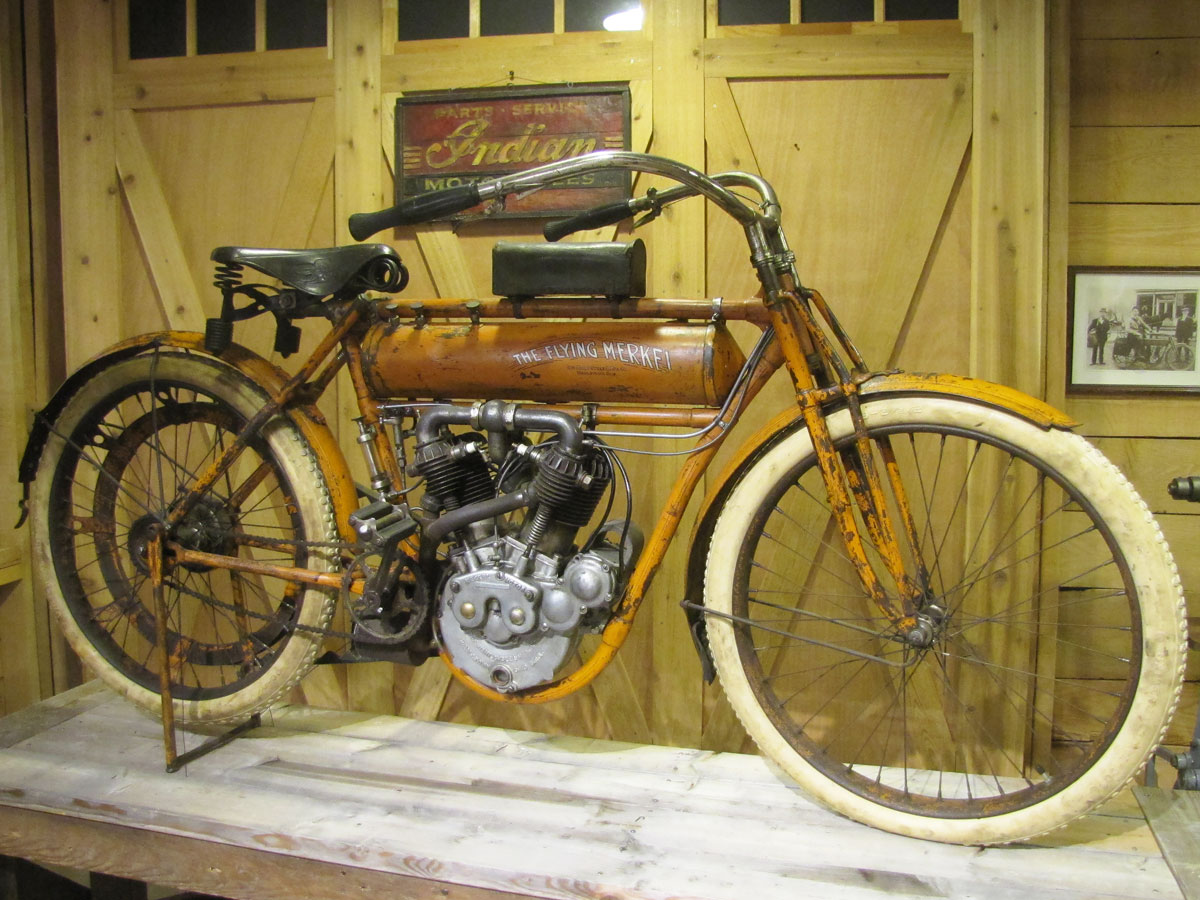 As you can see by close study of this rare, unrestored original paint example, Joseph Merkel was among the most innovative of early motorcycle designers. Merkel experimented with self-starting and rear suspension almost 50 years before some American makers adopted it.

In 1902 Joseph Merkel set up shop in Milwaukee, Wisconsin to produce motorcycles. Merkel hired the best competition riders. Mechanical developments from racing led him to design a fork so good it was used by other brands as well. Most remarkable for the time was Merkel’s rear suspension, a “mono-shock” of sorts with two spring units under the seat and a triangulated swingarm pivoting just behind the pedal crank. It’s similar to a design used by Vincent, then Yamaha motocross racers many years later.

Merkel also gave attention to engine design incorporating cam operated inlet valves where others were still using dated atmospheric valve designs; Inlet Over Exhaust, or “I.O.E.” He also began to use ball bearings on the crankshaft early on. While many early motorcycles called for the rider to manually pump oil into the crankcase, Merkel added a “Throttle Controlled Oiling” system not unlike that used by two-stroke motorcycles in the late 1960’s. Though ultimately a failure, his ingenious spring operated starting system experimented with for a short time self-wound each time the engine started, ready for the next round of starting.

Distinctive fuel tank shapes and the paint make Merkel’s bicycles and motorcycles immediately identifiable. Always considered a premium quality motorcycle Merkel company had several owners and locations over the years. It was purchased by Light Manufacturing, moved to Pottstown, Pennsylvania in 1909 and the name Flying Merkel was added. Then in 1911 Merkel was moved to Middletown, Ohio after Miami Cycle Manufacturing purchased the company but ceased manufacturing in 1917.

When you visit the National Motorcycle Museum you have a chance to look at a great collection of Merkels, bicycles and motorcycles. This fine unrestored machine from the Jill & John Parham Collection is part of the Early American Transportation INNOVATION exhibition which also includes the STECO bi-plane, a great machine retaining most of its original fuselage and wing covering. 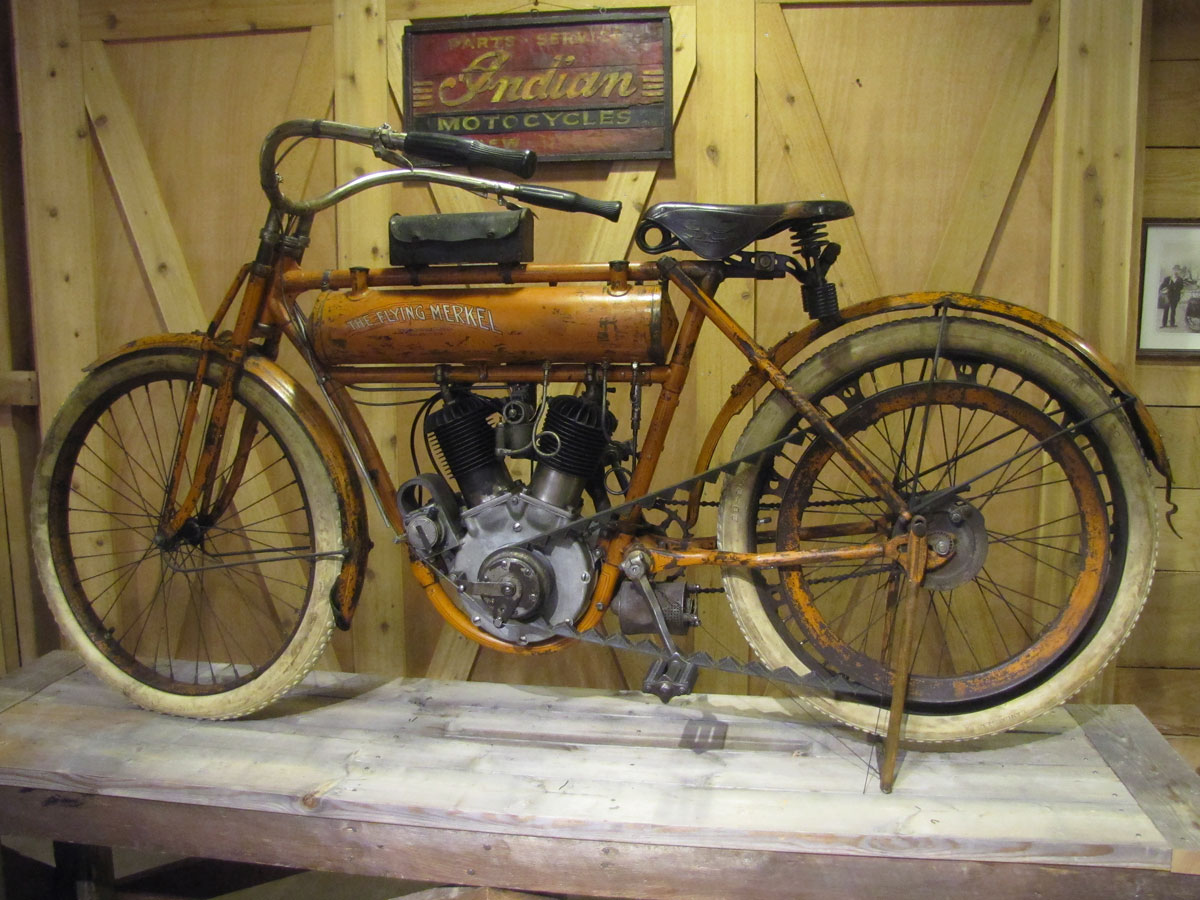