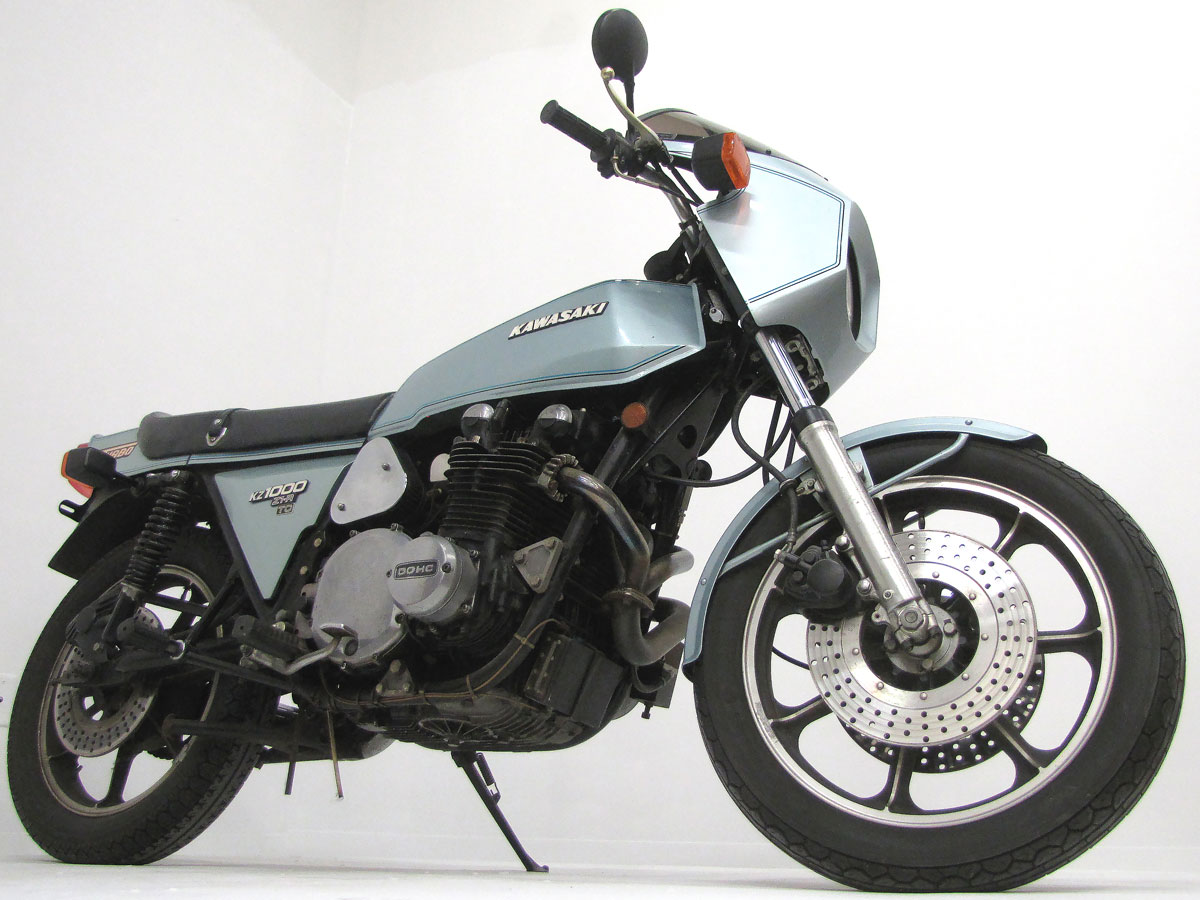 With a bigger motor and sleeker styling, the Kawasaki Z1 hit showrooms in 1973 and immediately obsoleted several superbikes. While Kawasaki had always played a big part in performance wars since 1969 when their H1 arrived, the Z1 was remarkable as their first really civilized four-stroke superbike. The 500 and 750 triples were true rocket ships, but a bit unruly in the handling department and not as durable and refined as the big competition, the Honda CB750 which had arrived in 1969. The 1977 Z1R offered new, crisp styling including a sleek four-into-one pipe.

With performance wars at their peak, Kawasaki worked with California-based American Turbo Pak to make a run of Z1R-TC’s, turbo-charged Z1R’s. The stock bikes left Kawasaki’s California warehouse, were disassembled, upgraded and sent to dealer…without a warranty.

The Z1 and later KZ1000’s like this Z1R employed all the best current technology. Disk brakes up front, double down-tube frame, and one-upped the Honda CB750 with shim-adjusted double overhead cams and roller bearing crankshafts. Originally at 903cc’s, after a few years the Z1 grew to 1015cc’s, and the model designation was changed to KZ1000.

This Z1R has an interesting history. It was purchased just before the surprise release of the production Kawasaki Z1R Turbo, a machine Kawasaki built in conjunction with American Turbo Pak. So the owner worked with Kawasaki and his local dealer to reconstruct this bike with all the factory-correct turbo upgrades, making it just like a Z1R Turbo. The crank was sent out to be welded and balanced, oil control baffles were added to the crankcase, the compression ratio was dropped. Heavier valve springs, cam chain, copper head gasket, Martek electronic ignition, intake and exhaust were changed, and a water injection kit were installed, plus stronger engine mounts to reduce frame flex. The owner and his friends frequented New England Drag Way. Eventually the bike was made to run 10.50’s, according to the owner. Contemporary road tests cite 130mph+ trap speeds. Z1Rs were manufactured for 1977 and 1978 only.

This fine Kawasaki Z1R was donated to the National Motorcycle Museum by Pablo Roth.
Specifications: