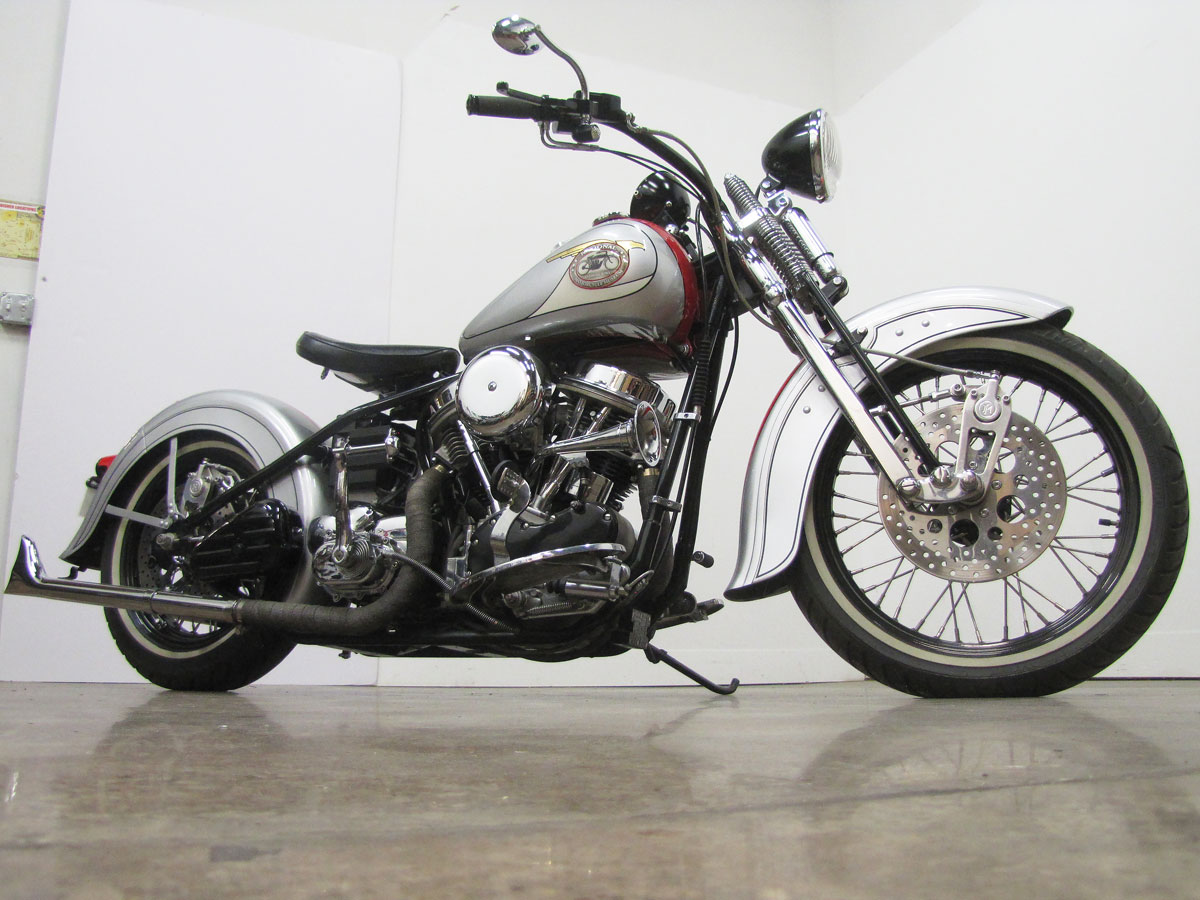 If YOU have dreamed of building and riding a custom Panhead with a big motor and all the updates, here’s your chance to WIN the bike of your dreams!

The hard work is done. The build components top notch. The custom fabrication, paint and assembly everything you would hope for as it was done in the J&P Cycles shop. The bike came out so well HOT BIKES featured the build in the May and June 2006 issue, and Corbin’s RIDE ON TV show featured the build in 2006 as well. The Museum’s drawing was held and it was given away to a winner at the end of 2006, But John Parham, who loved the bike, bought it back from the winner. Now Jill Parham has donated it to the Museum and it’s become the National Motorcycle Museum’s 2020 Fund-Raiser Bike!

John Parham supervised the build and here’s how it came together. 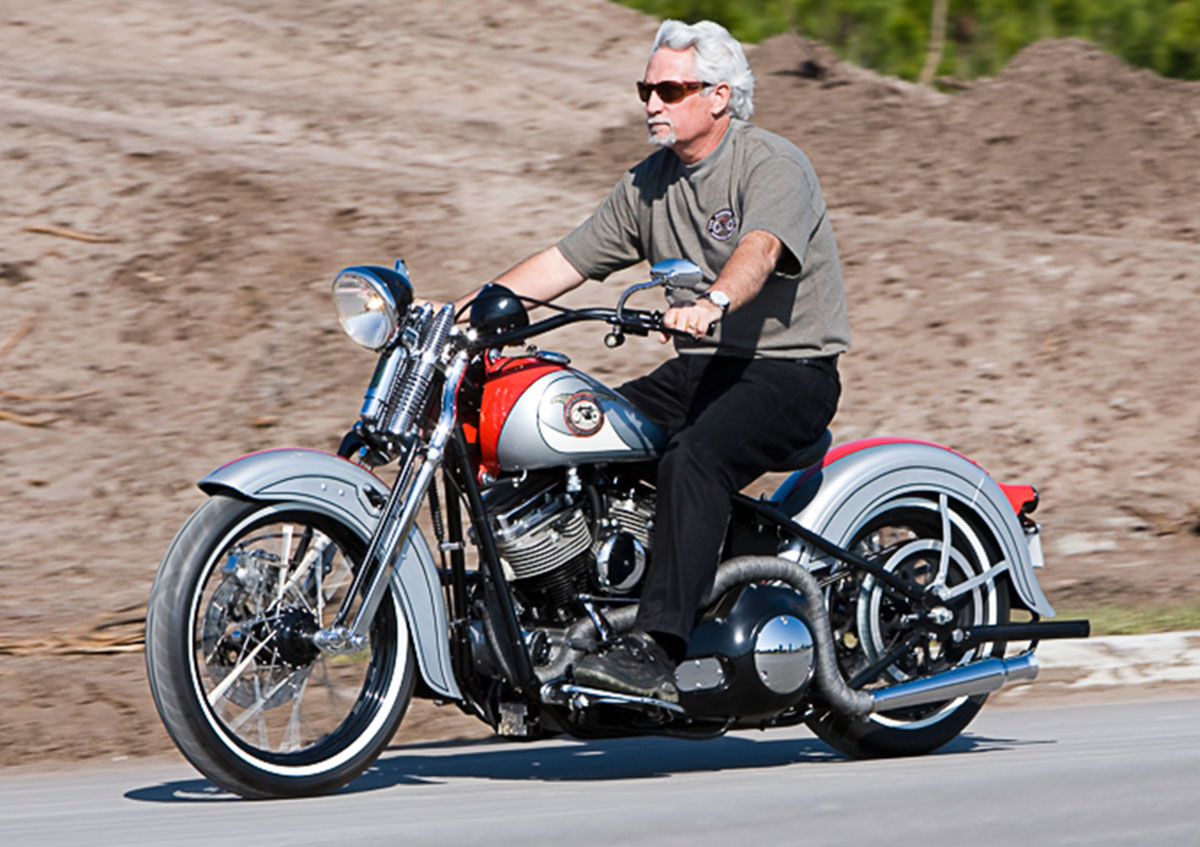 Starting with Chopper Guys’ Fat Guys Rigid Custom frame and chrome Paughco wide springer fork and triple tree, the stock geometry chassis came together. Wheels are 40 spoke by DNA; 16 inch rear, 19 inch front for good handling. Brakes are the best; polished PM calipers with massive 11.5 inch Russell rotors. Fenders are straight from the J&P Cycles catalog as are the tanks and caps. But through custom fabrication, the oil tank is in the right fuel tank. Tail light is Knucklehead era. The ride is enhanced by the Burly handlebar, Lepera seat, footboards, lighting and controls from J&P Cycles with turn signals by Auto-Gem. Powder coating was handled by Custom Z Powdercoating. Red and silver paint plus unique graphics incorporating gold leaf were done by Scott Takes, Underground Studios right here in Iowa.

Using S&S cases, the 88 cubic inch motor is built around Truett & Osborn flywheels assembled by V-Twin. Cylinders, rods and pistons are from V-Twin Manufacturing as are the heads and most of the valve train. Cams are by Sifton, wrapped hand made headers are from the J&P Cycles shop and fishtails are from the catalog. An easy to service points ignition fires the fuel charge from the S&S Carb. Custom Chrome supplied the kicker kit, but there’s a Spyke Stealth Starter, too. Primo Rivera supplied the Pro Clutch and chain primary drive. The five-speed tranny is from Milwaukee Twins and runs a belt final drive.

Sure, this custom looks good, but more power, great handling and powerful brakes make this Pan a super ride!

ONLINE DONATIONS ARE NOT AVAILABLE YET,

FOR EARLY CHANCES TO WIN THIS PANHEAD