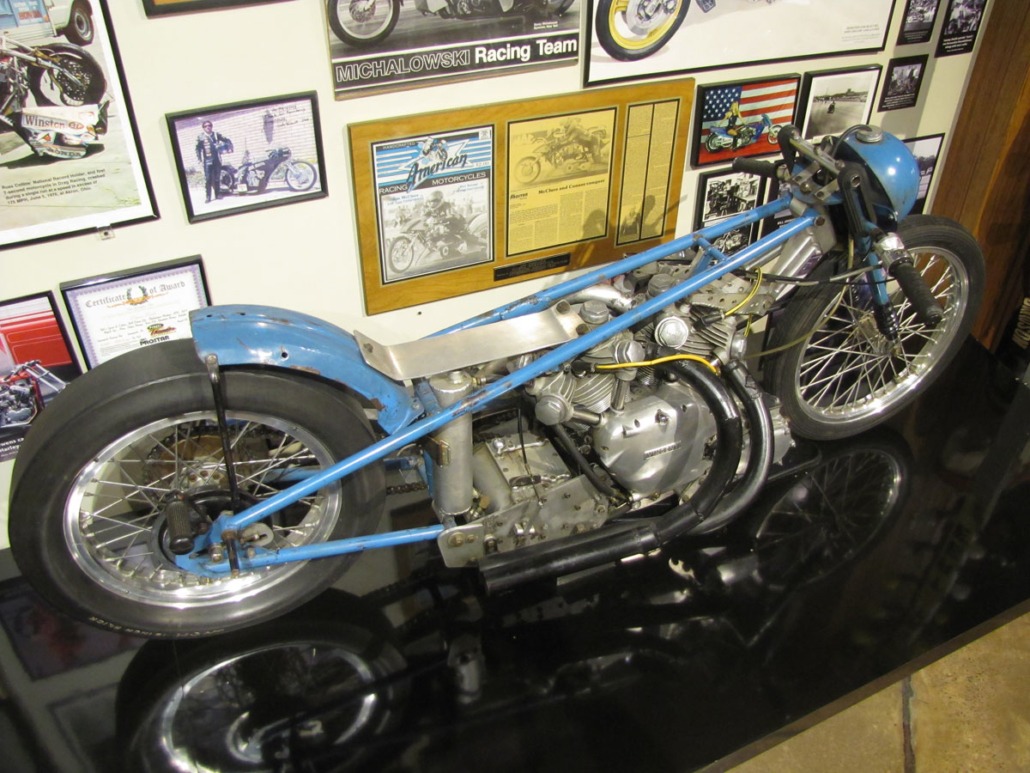 Vincents have always been a force in drag racing. Top tuners include Clem Johnson in California, Gene Schille in Wisconsin and Bill Lehman in Minnesota. During the mid-1960’s this Bill Lehmann-raced Vincent was a top contender at Minnesota Dragways and Twin Cities Dragways, also known as the “tar pits.” The bike was part of the Museum’s QUARTER MILESTONES exhibition from 2012/2013.

With only about 30 complete bikes made, The Vincent Black Lightning was Vincent’s best performing machine. But Black Lightning parts were used by tuners and this machine has the better flowing Black Lightning cylinder heads. Increasing gas flow further is a small belt driven supercharger from a British sports car, fed by an SU (Skinner-Union) carburetor. The fuel is a nitromethane/alcohol blend.

The chassis uses the engine as a stressed member, similar to a stock Vincent. A simple fabricated aluminum oil tank replaces the stock unit. The rear brake pedal is close to the extreme rear set foot-pegs. Super low clip-on bars are employed to get the rider out of the wind behind a go-kart fuel tank. The throttle is British, the off/on switch from a 60’s Honda. The Avon slick was typical of the time and quickly became overwhelmed as performance increased in drag racing. A diminutive Avon rib is all that’s needed for the light front end of the machine.

When you visit the National Motorcycle Museum you can view this Vincent drag bike on loan from Sid Chantland along with many other drag bikes, plus stock Vincent Rapides, Shadows and even a rare Series One Comet. 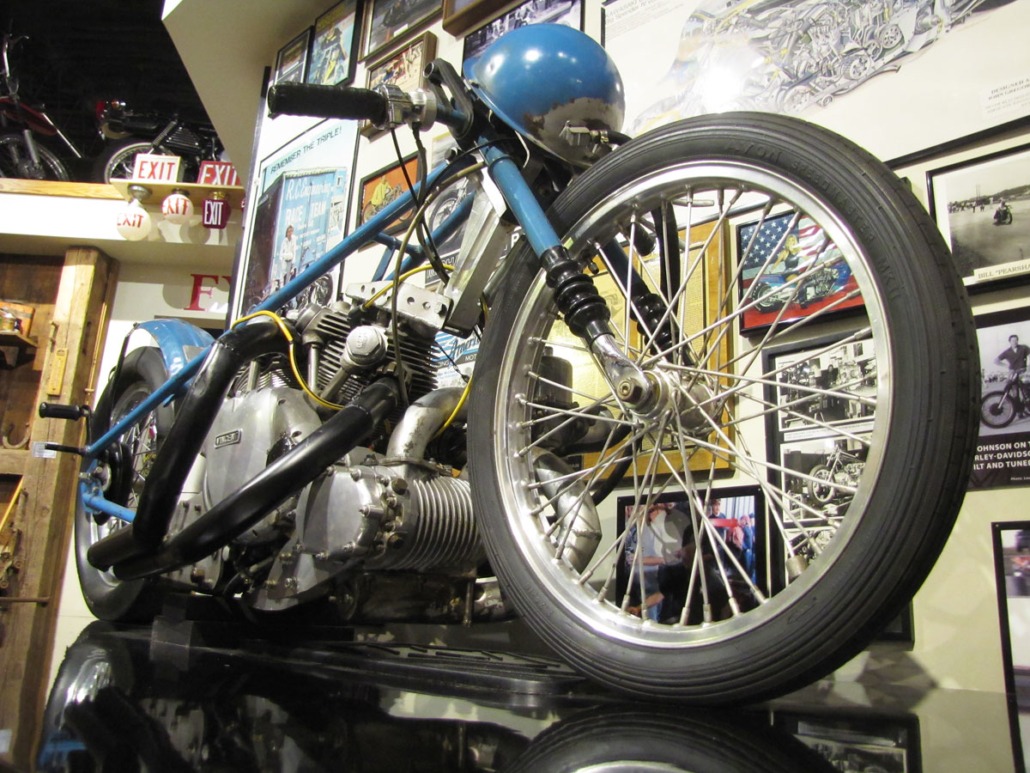