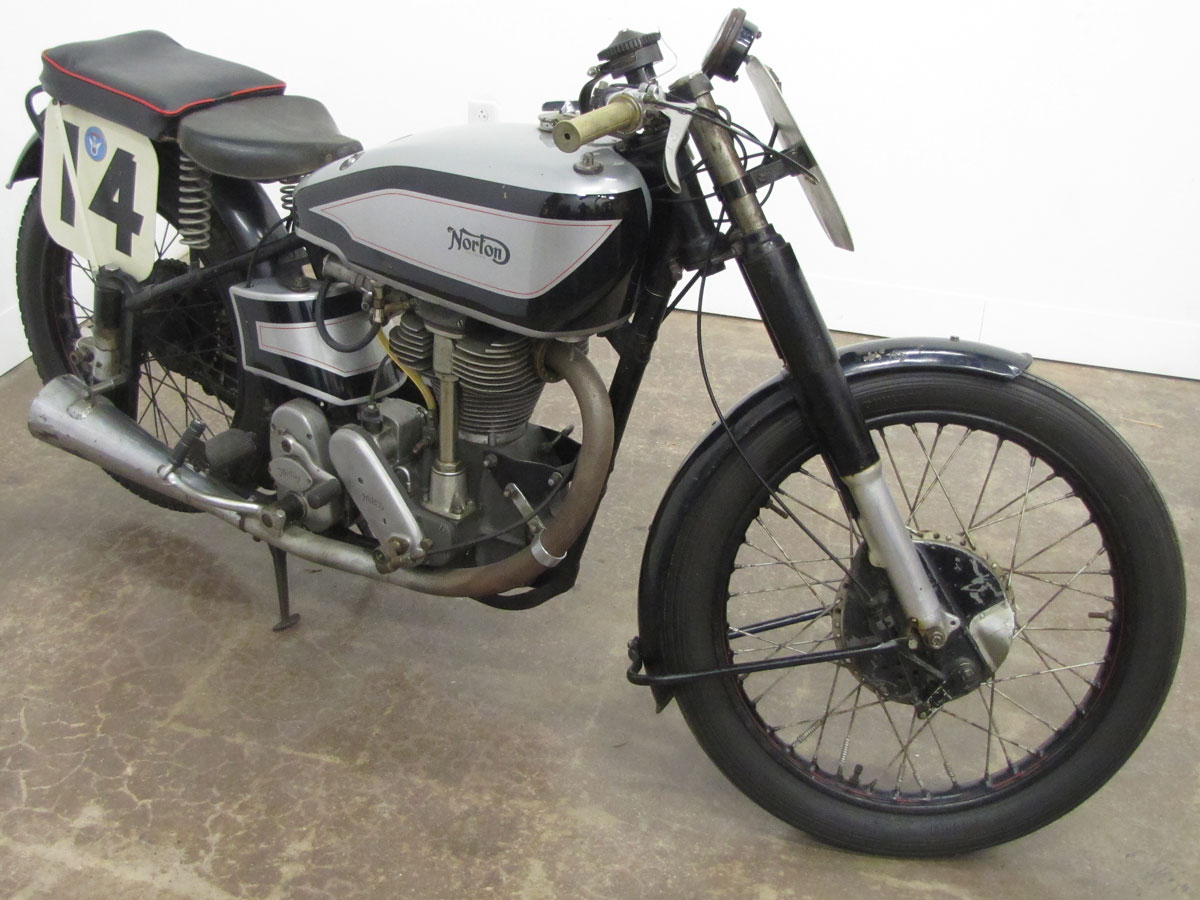 From its inception in 1937, The Daytona 200 has been the race to win. For manufacturers and riders alike, this race has brought attention unparalleled by other racing events ’round the world. On a machine like this one, Dick Klamfoth took his first of three “Beach race” wins in 1949.

The rivalry was unparalleled. American companies Harley-Davidson and Indian fought for this win, but challenges came from the British makers and later, of course, the Italians and Japanese. Norton, named for its founder, John Landsdowne Norton was from its beginnings, a company that went to the track to show its speed and dependability. For 1949 the Bracebridge Street, Birmingham, England factory sent three factory tuned “plunger” suspension system Manx Nortons to America for the big race on the Beach. All three bikes “podiumed” with Dick Klamfoth the winner, Billy Matthews second and Tex Luse at third. Klamfoth won again in 1951 and 1952 with Matthews taking the 1950 race.

This particular motorcycle was probably ridden by Billy Matthews, but that is unconfirmed. It is identical in every way to what Klamfoth and Luse rode, a factory prepared 1949 Manx Norton. The 21 inch front wheel was selected for the loose sand turns at the Daytona Beach course.

Though repainted, its mechanicals and components are essentially untouched from its early racing days. The Manx employed magnesium crankcases and cam boxes, aluminum cylinder heads, and portions of the valve train are exposed. Some years later, the factory switched to a swing-arm frame design and that is when the term featherbed was coined. The last year of Manx Norton manufacture was 1962, the only year the machines used a four leading shoe front brake.

This fine Manx Norton is on loan to the National Motorcycle Museum from Mark Schmalbach, and the display area includes Dick Klamfoth memorabilia.