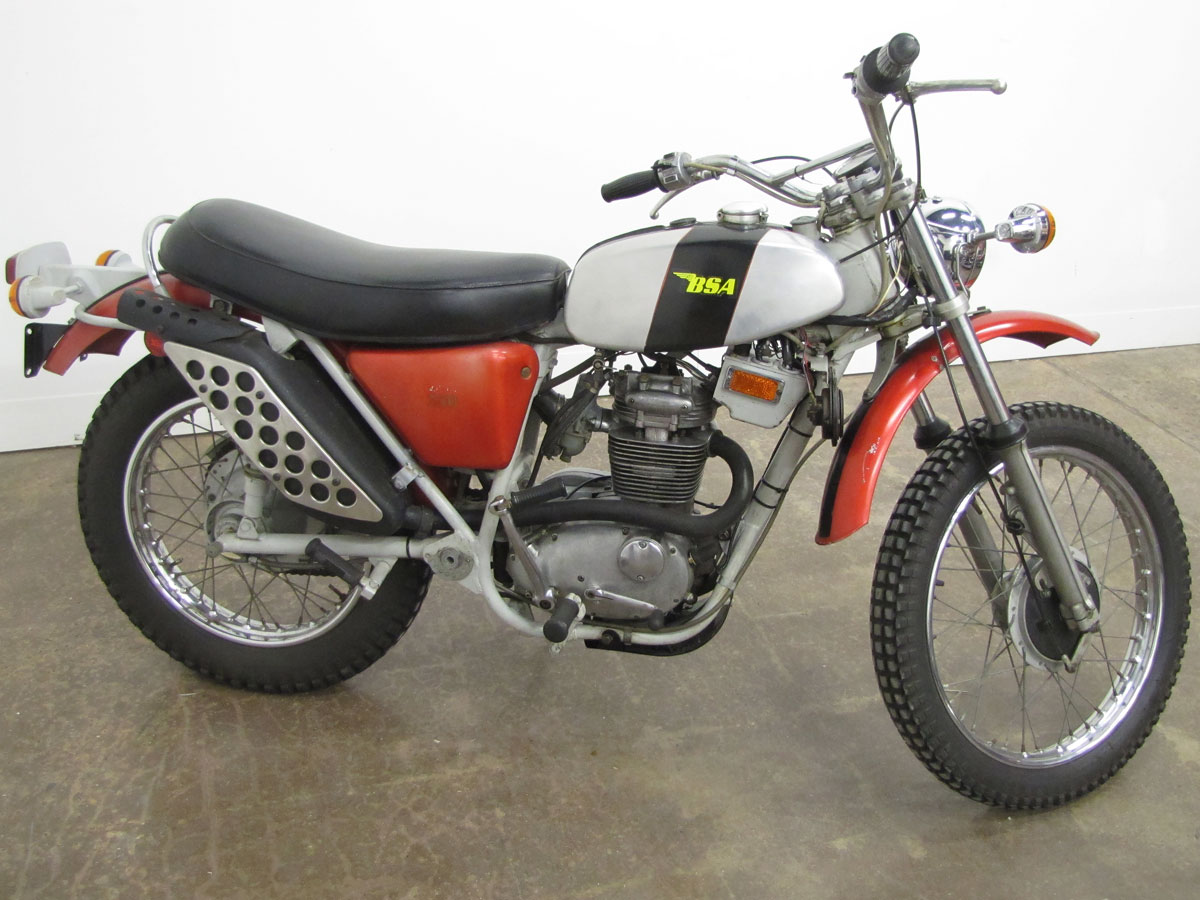 Though over the years BSA has made parallel twins and V twins, even transverse triples, the single cylinder engine was a mainstay power-plant. 250cc and 500cc class machines served well as street bikes but as racers maybe even better. The Gold Star and later B50 500 singles performed in trials, motocross and road race. In the 1960’s Jeff Smith brought home several motocross championships on a variety of scrambles and MX models. Earlier, in 1954 on the beach course, BSA took the top five places in the Daytona 200 and was then the largest motorcycle manufacturer in the world. 15 years later BSA was failing and its doors were shuttered in 1972, the year after Dick Mann rode a BSA Rocket III to a win at Daytona Beach.

The British motorcycle makers saw their sales start to slip in the mid-1960’s with the advent of light weight, well-priced motorcycles from Japan. Always a maker of “scramblers,” many as fine as the Gold Star Catalina and the A10 Rocket Scrambler, BSA turned its efforts to an inexpensive 250 single with scrambler styling.  Reviving the Gold Star name, it broke new ground with a gray frame, a newly styled muffler heat shield and mandatory turn signals. Aimed at American riders, about 90% of its market, it did not fare well with British traditionalists and in America in the early 1970’s its durability and performance were not enough.

The B25SS Gold Star Street Scrambler came near the end and was a design shared with Triumph. Styling was radically different from 60’s models. It was part of a determined effort that had started a few years earlier to freshen the whole BSA line.

This “Burgundy Red” B25T was bought new at Grayboy Cycles in Chillicothe, Illinois. Taken apart a bit by the son of the original owner, it sat in a basement for about 35 years then was given to a friend of Ron Kingsley, current owner. Ron traded a nice Suzuki X6 Hustler for it. With about 2900 miles on it, Dick only rides the BSA a little now and then. The late Dick Kingsley, a staunch BSA guy, got his son Ron into riding. Ron, a long time Museum supporter, donated the bike to the Museum in honor of his father and because “people need to see it.” It’s one of 11 BSA motorcycles, and one BSA bicycle, at the National Motorcycle Museum. They include road race, dirt track and stock production BSA’s you can enjoy when you visit. 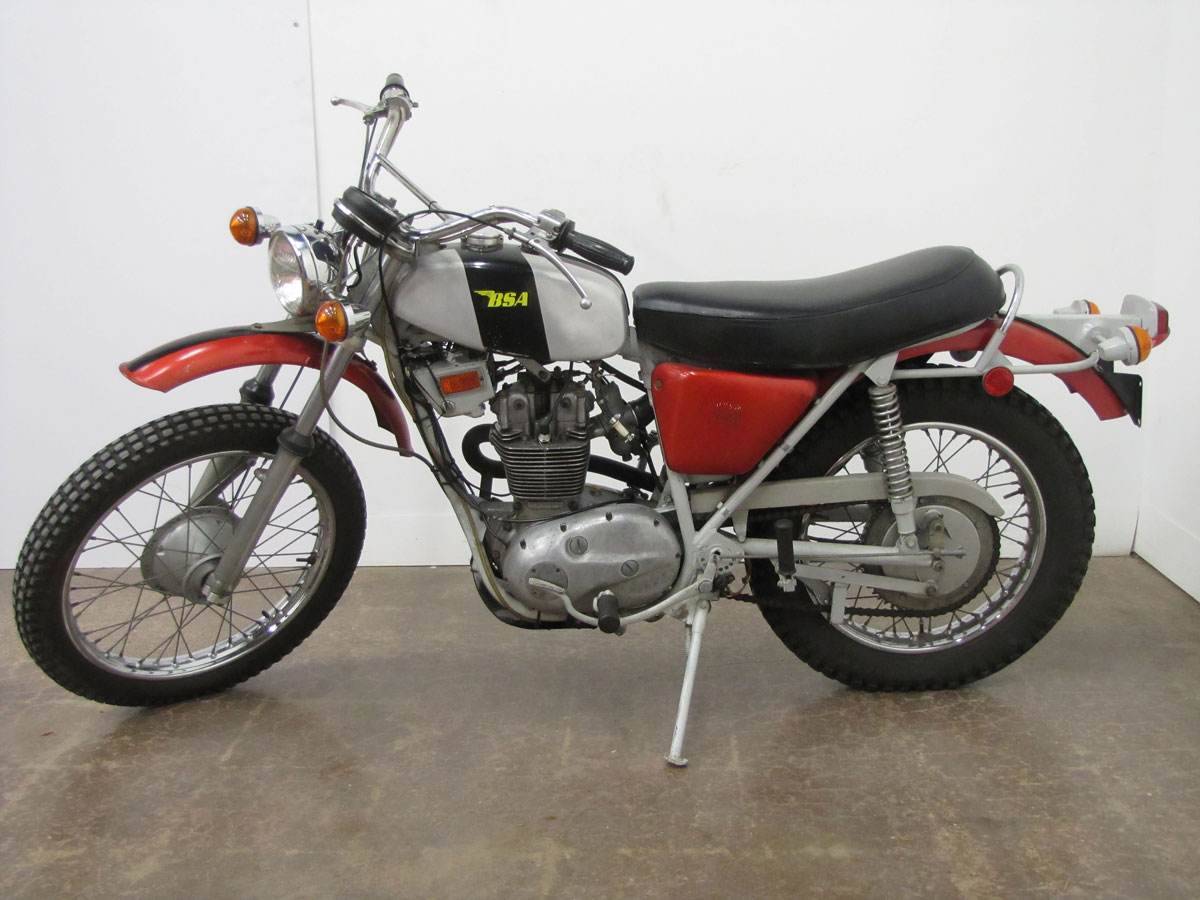