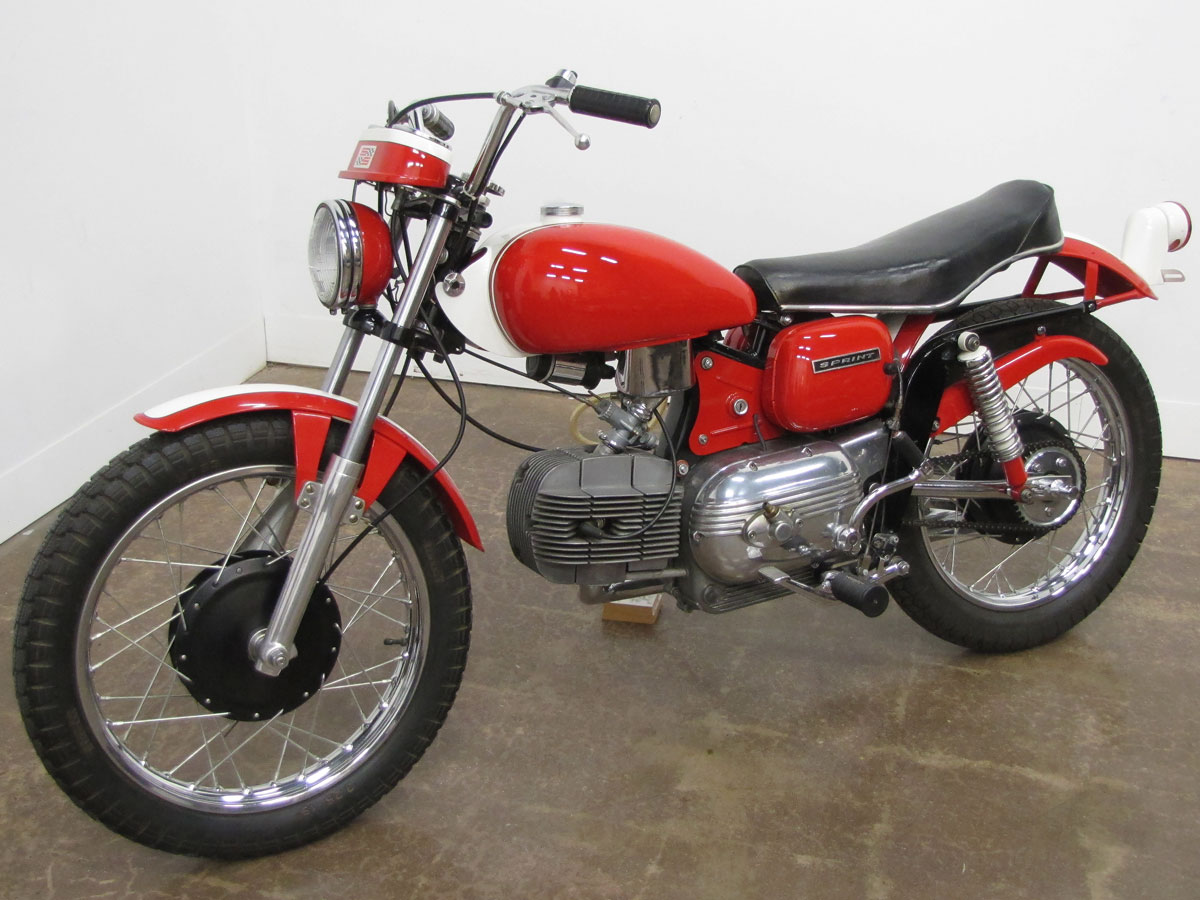 Frank Fritz of the American Pickers has a very large personal motorcycle collection. This 1967 Harley-Davidson Sprint SS is among his finest so Frank offered it for display at the National Motorcycle Museum. But how did Harley-Davidson come to start selling these Italian made motorcycles?

In the 1950’s and 1960’s Americans were introduced to a wide range of new middle weight imported motorcycles from England, Europe and Japan. With the exception of somewhat dated lightweight two-strokes like the Hummer, Scat and Topper scooter, Harley-Davidson showrooms were filled with 900cc and larger machines, heavy weight and relatively expensive.

Seeking a quick fix for the market share they gave up to foreign makers, about 1960 Harley bought a controlling interest in the successful Italian firm Aermacchi. With this arrangement machines with displacements ranging from 50cc’s to 350cc’s became available in two-stroke and four-stroke models including those commonly referred to as Harley-Davidson Sprints like Frank’s. In total about 50,000 Aermacchi-built Harley-Davidsons were imported over a period of 15 years.

While this Sprint SS was made for the street, special competition versions of the Harley-Davidson Sprint like the CRTT were successful short track and road race motorcycles of the 1960’s. As an alternative to Bultacos, Ossas and Triumphs, among other brands, they competed well for many years serving top ranking pros on the race track. It’s good to remember that Walter Villa won three 250cc and one 350cc Road Race World Championships for Harley-Davidson in the 1970s.

Frank’s lightly customized Sprint SS is one of several Aermacchi-made machines at the National Motorcycle Museum and is one of about 80 Harley-Davidsons you will enjoy when you visit. And don’t miss the Pebble Beach Concours d’Elegance winning Aermacchi Chimera in the Museum’s entry area.

1928 Harley-Davidson Model 28B Scroll to top