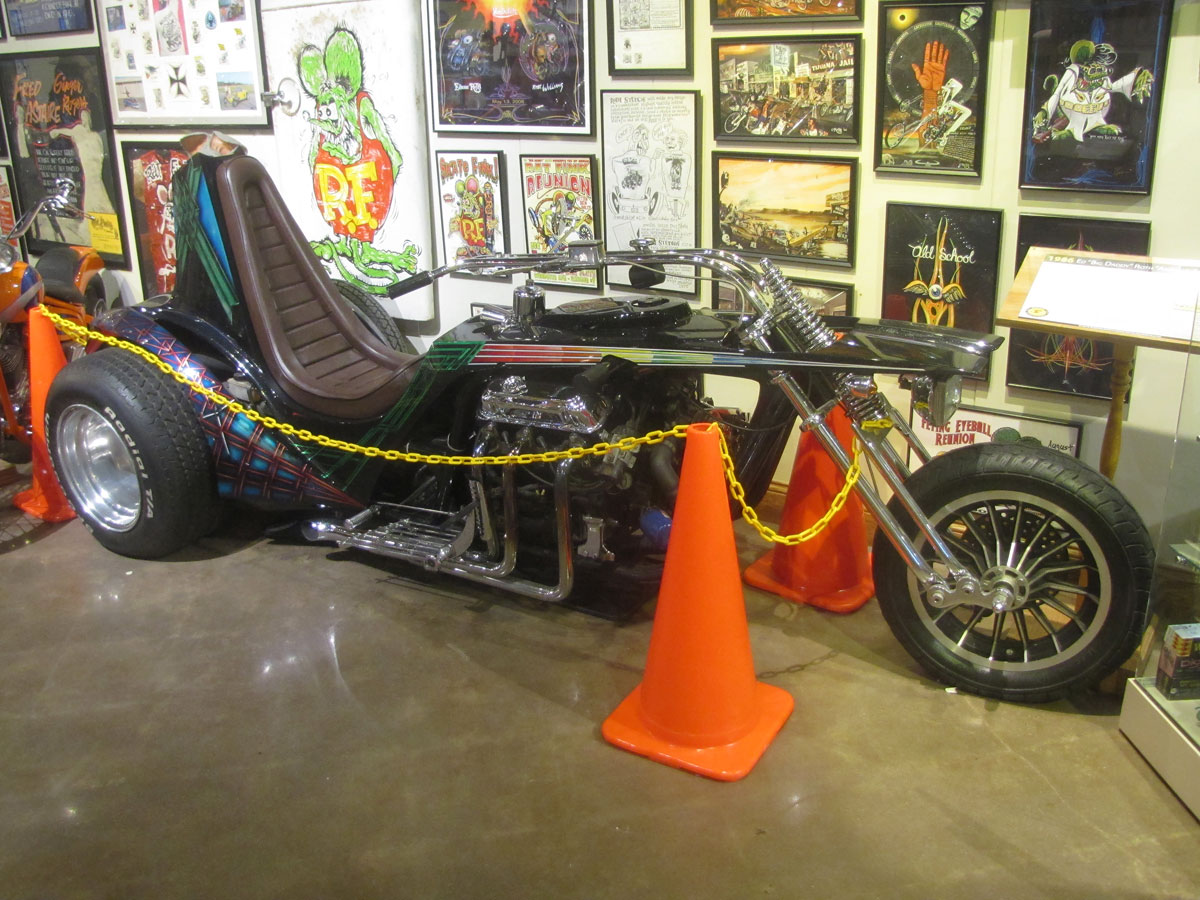 Ed Roth had already served four years in the Army and was into the southern California hot rod scene by the age of 23. He had a natural talent for art that led him to sketch vehicles. Learning from greats like VonDutch, he and friends opened a paint shop in 1957 and began painting and pin-striping cars and motorcycles.

Always an idea guy, he also starting airbrushing t-shirts with car and owner caricatures which became very popular. Soon inspiration brought the character Rat Fink, emblazoned on a refrigerator door behind the machine as it’s displayed at the National Motorcycle Museum. From his fertile counter culture mind Roth offers,

“Whenever I looked at that Rat Fink drawing, I felt I was looking, for the first time, at reality—my reality. The world that my parents, teachers, and responsible type people all around me belonged to wasn’t my world. Why did I have to be like them, live like them? I didn’t. And Rat Fink helped me realize that.”

After building dozens of radical completely unique cars in the 1960’s and 1970’s, Roth, known as Big Daddy by then, turned his attention to trikes building many. His 1986 creation Asphalt Angel is remarkable in that he drove it from LA to the street Rod Nationals in St. Paul, Minnesota just after completing it. He was turned away from the show since the machine did not meet the “built before 1949” criteria then in place. “Success! I was the happiest drop-out ever, on the way home.”

Many readers will recall the 1/25 scale plastic model kits of Roth’s creations. As not all of us were able to see such machines at hot rod shows, the miniatures brought them into our homes and taught us painting and assembly, at a small scale.

In 2001 at the age of 69 Roth left the scene while hard at work in his Utah based workshop.