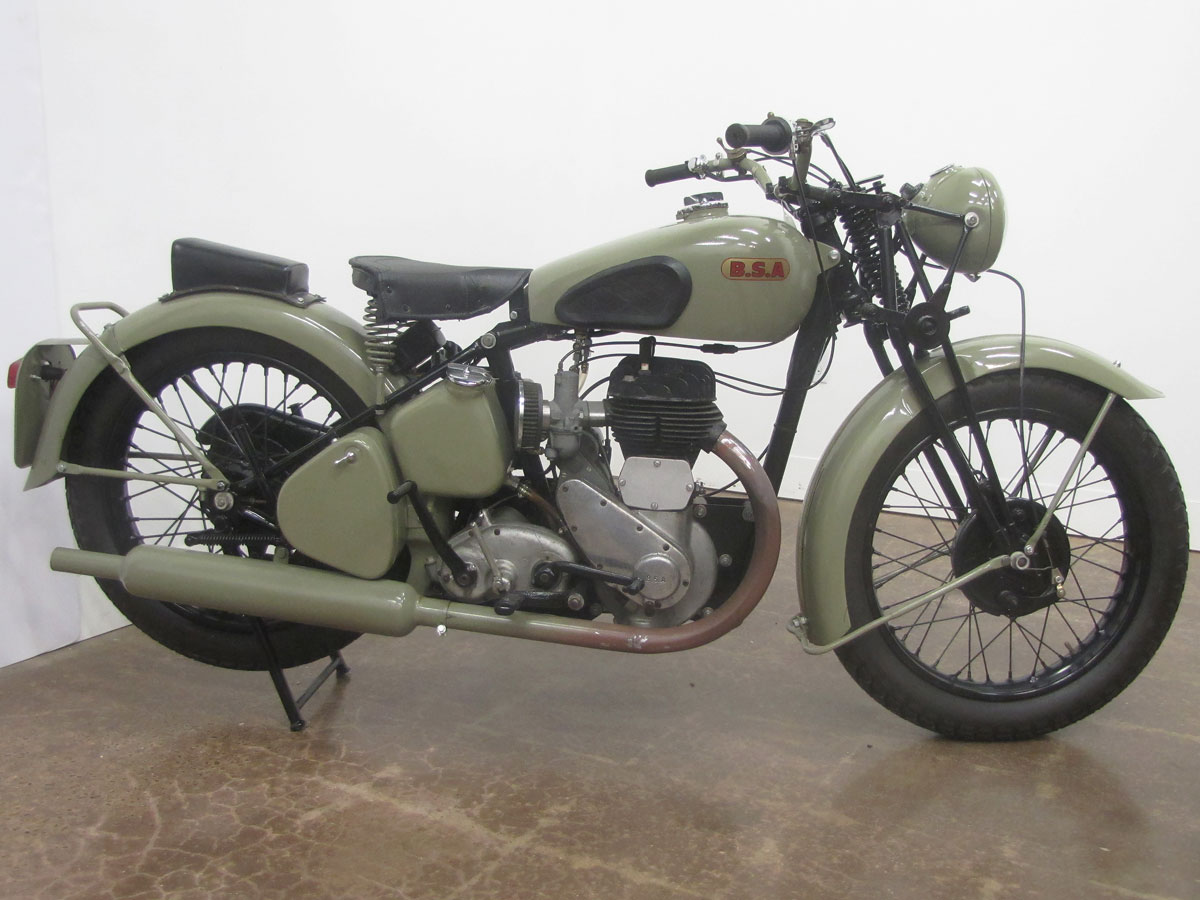 When first reviewed by the British Government’s War Office in 1936 the BSA M20 was thought to be nothing short of disaster. British motorcycle magazine Motor Cycling’s tester reached only 69 miles per hour and cited 56 miles per gallon, and early on there were cylinder wear problems. Yet by the middle of World War II there were 126,000 of them in active military service. The Val Page-designed model became possibly the longest serving motorcycle in the forces with production from 1937 to 1955.

Reliability and ease of maintenance, both critical on active duty, overcame being too heavy, too slow and too low to the ground. The British Army ordered the most M20s but both the Royal Navy and Air Force used this general-purpose machine for dispatches and escorting convoys in virtually every theater of the war.

With England already several years at war with Germany, on November 19, 1940 a Luftwaffe aircraft bombed the factory with 53 BSA factory workers killed. But at that time BSA had dozens of factories for their many products. M-20 manufacturing was resumed at another location very quickly.

BSA stands for Birmingham Small Arms, a large manufacturing company with a quoted 67 individual factory premises based in Small Heath, a suburb of Birmingham, the industrial center of the British Midlands. Their first motorcycle was offered in 1910, a side-valve, or flat-head, single. By the 1920s they upped the ante to offer a handsome v-twin, the Y-13 also on display at the Museum near the Vincents and Broughs. Post WWII the BSA Gold Star was the bike to have, followed by a huge range of 500 and 650 parallel twins, and in 1969 the 750 triple Rocket III. The “Japanese invasion” in the mid-1960’s and the lack of investment closed this once huge company’s doors in the early 1970s with Dick Mann’s 1971 win at Daytona a last hurrah.

When you visit the National Motorcycle Museum you’ll be able to compare this BSA with other British bikes and a wide range of military motorcycles. Racing Gold Stars, Hornets, Bantams, a Y-13, a Thunderbolt and Lightning and even the BSA-based Triumph Hurricane are on view.