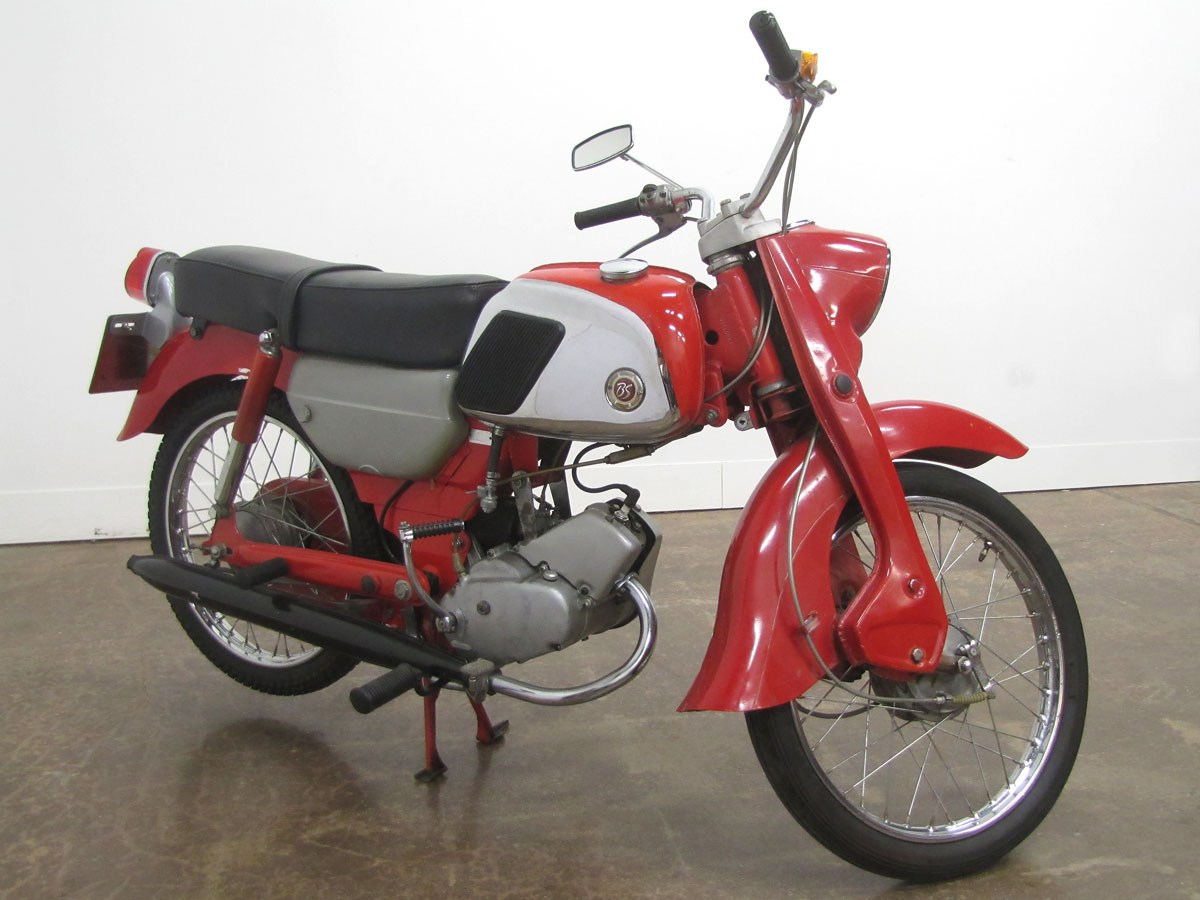 Compared to contemporary motorcycle designs worldwide, Bridgestones were among the most advanced. While the typical and most common two-stroke engine is a piston port induction design, Bridgestone along with Kawasaki, experimented with a “rotary valve” induction that better controlled intake and exhaust. Bridgestones also incorporated primary kick starting which means even with the transmission in gear, you just pull in the clutch and kick, there’s no need to find neutral. However, Bridgestone’s rotary shifting when improperly operated could offer unintended shifts from top gear to first. 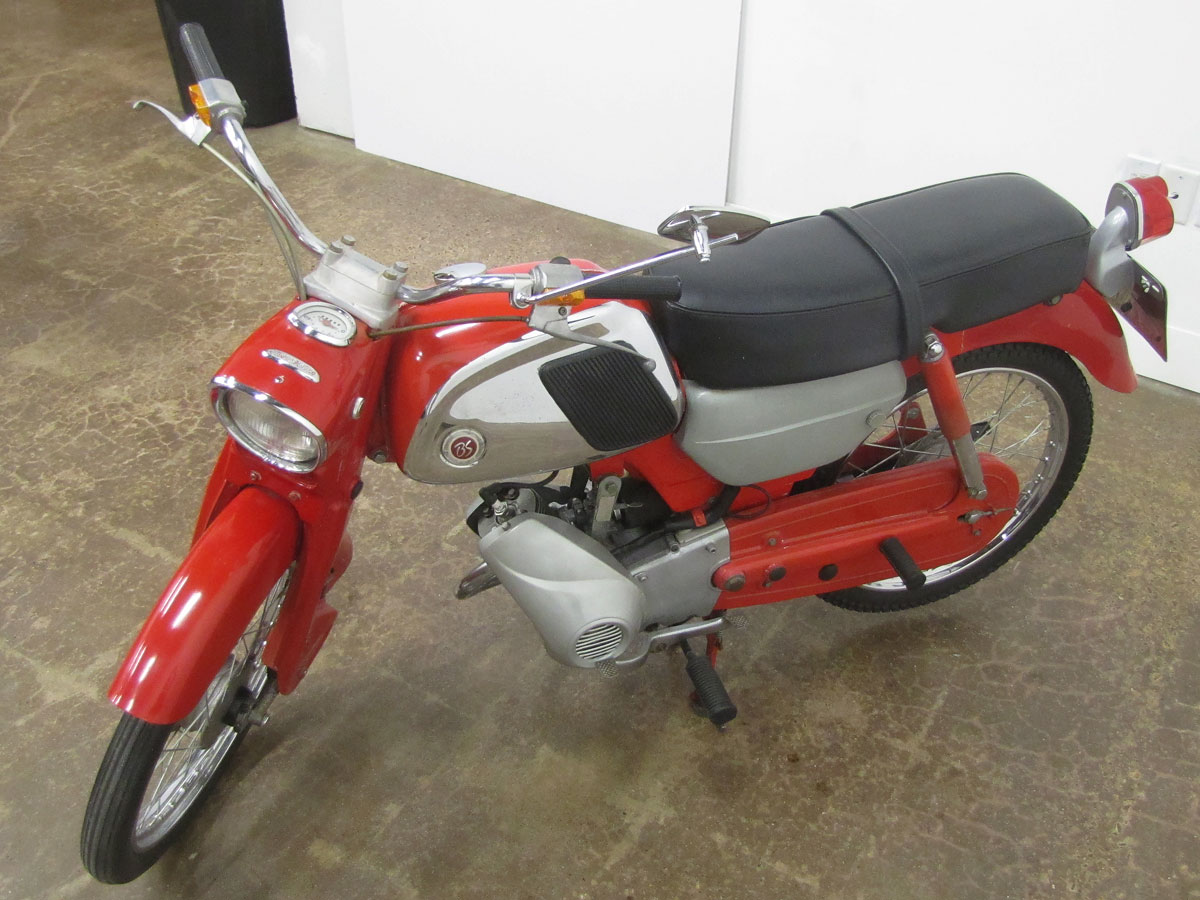 Another form of sophistication was the early application of chrome on aluminum cylinder bores, as well as oil injection. And, seeking new markets, Bridgestone, like Honda, offered electric starting on even their small motorcycles like this Super 7.
Bridgestone was formed in 1930 to produce truck and automobile parts, but moved into tire manufacturing in 1931. As with Honda, motorcycle manufacturing began immediately after World War II. Not having a large dealer network, starting their sales in America around 1963, some Bridgestones were sold through department stores like Aldens much as Sears and Wards sold imported motorcycles. But Bridgestone’s biggest market was direct sales of tires to Japanese motorcycle and auto manufacturers, so around 1972 ceased its (competitive) motorcycle manufacturing and focused on their core business, tire manufacturing. Bridgestone made motorcycles for only about 25 years. The Bridgestone GTR 350 twin is the largest and fastest of their street bikes. Bridgestones live on in the hands of proud collectors like Thomas Zucarro who graciously loaned his Super 7 to the National Motorcycle Museum. A wide range of Japanese motorcycles are on display at the Museum from rare late 1950’s J Model Hondas to a one-owner 1977 Kawasaki Z1R with an interesting story.
Specifications: