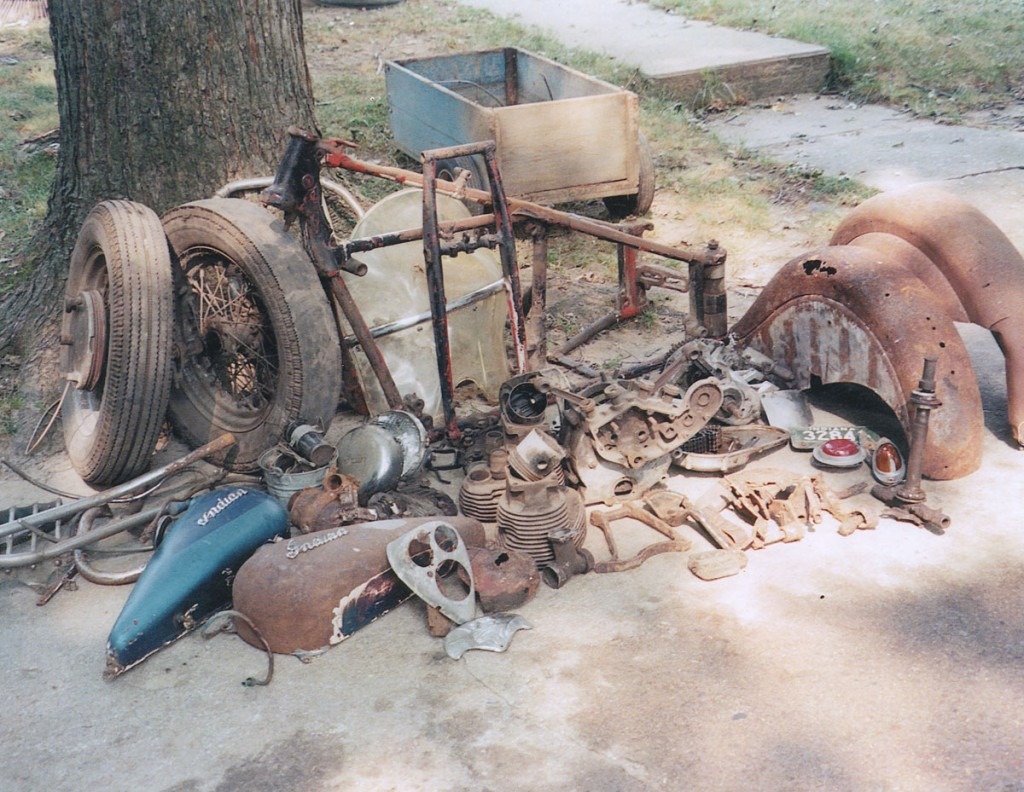 Arthur “Art” or “Red” Birk rode motorcycles in his youth. He was always interested in vehicles and making them run or run faster. He was employed at Torrington as a precision grinder grinding ball bearings of many sizes, then later at DePuy Orthopedics as a machinist responsible for grinding the ball part of  hip implants.

Art’s passion was making things work and designing applications for results. His development with springs continues to be utilized in racing today. He was offered a job as part of the Penske racing team but declined as he knew it would take him away from his family. His passion for racing had him building race cars from the frame up for drivers. His family did travel to the local race tracks to watch the cars race while Art kept the engines in top shape. Everybody in the pits knew they best not try to interfere with Red’s car. He also took his family to see NASCAR & Indy Car races as he had season tickets with pit passes. The kids grew up in the garage “working” alongside Dad”.

Pat, his wife and Art were very involved with the community where they lived, in Culver Indiana. Art was the first EMT in Marshall County and Pat dispatched for the ambulance service. They were a team. Pat called him her chauffer. They were very involved in Lions International (especially Eye Bank of Indiana).

Art took a home project and purchased a basket case the family called “a bucket of bolts” which he proudly brought home and showed us.  We all questioned his thinking!  But, Art could make things!! We all said “You paid what for this?!”. The Indian motorcycle project began to fill his time and be his therapy. Many hours were spent researching and looking for the parts he had and finding parts he needed to make it a 1946 Indian with a side car. He taught himself how to use the internet to investigate the building and parts process. He was very meticulous and methodical with his build. But most important, were his uncompromising ideals of making his Indian to the correct specs and equipment for the day including the sidecar.

Many hours were spent on putting things together and getting it running. The Davenport Swap Meet was always something special for him to go to, as he would meet and talk to many people to learn more and was where he met many people with parts for sale or making needed parts … and he could share and listen to their experiences.

As many Indian owners know, kick starting an Indian takes it out of you. Art was able to put an electric starter on his project. The license plate holder says “Pat’s 401K” which was how he was able to convince Pat to build the motorcycle. His “Pat’s 401K” took 5 years to build, as he took his time and utilized his resources and it was his pride and joy.

When special events occurred like practice for The Black Horse Troop to ride in the Presidential Inaugural Parade came up, Art would be on his Indian running, making noise. He rode the Indian for bicycle races around the lake making sure bicyclists were safe.  He would ride in the town parades every year.

He loved sharing the story of his Indian with everyone. Shortly after his death, the family found it fitting for it to be on display at the National Motorcycle Museum in Anamosa, Iowa for all to enjoy.

The photos below are from a picture board that is on display with the rig in the Museum.