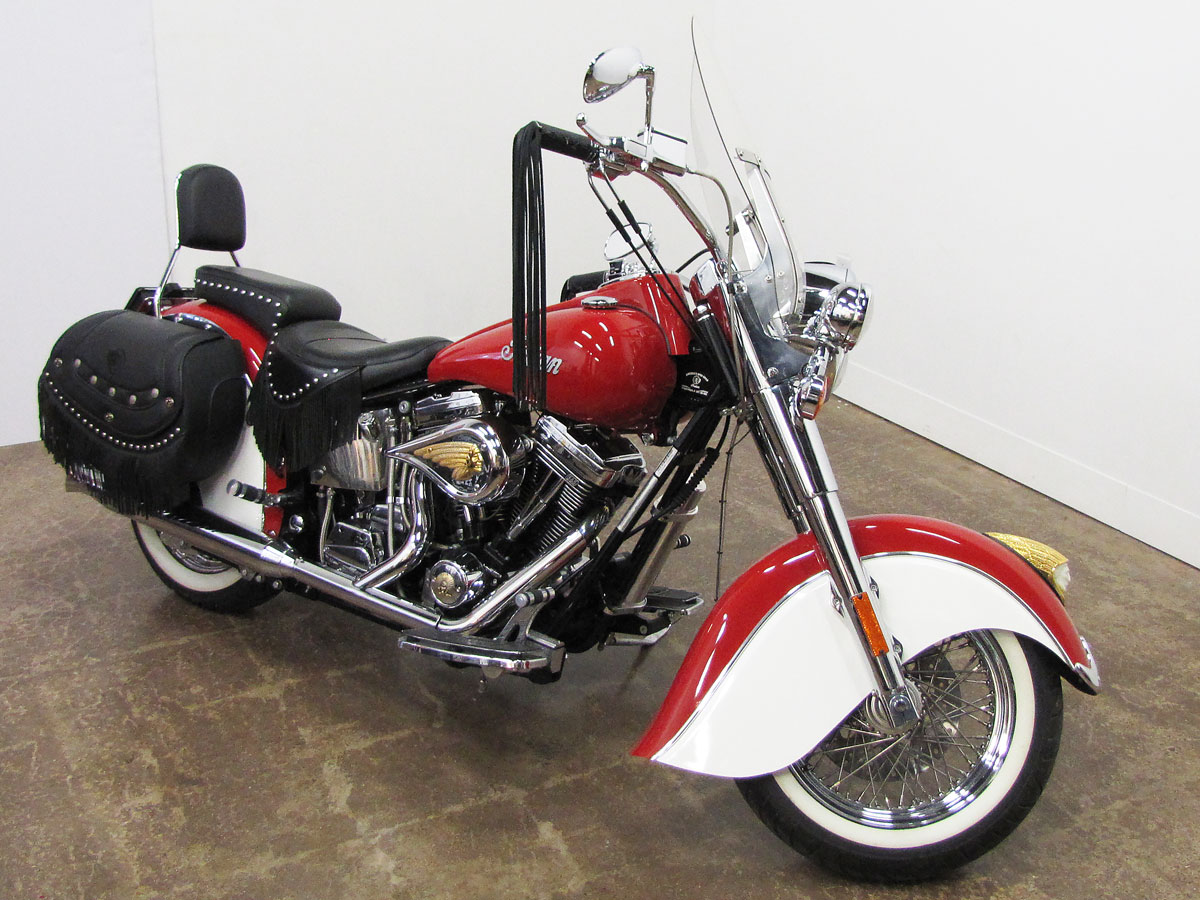 Indian as a motorcycle brand dates back to the 1901 launch of the first Indian motorcycle by George Hendee and Oscar Hedstrom in Springfield, Massachusetts. The machine’s origins are a bicycle racing pacer engineered by Hedstrom and some creative marketing thinking by Hendee. Hedstrom was building pacer motorcycles. Hendee felt it could be more than a pacer; viable personal transportation. So the 1901 “Camelback” was the first of many fine Indians.

With some changes in ownership and ups and downs in sales, Indian produced motorcycles for over 50 years, until 1953, and went out of business. For the following 50-plus years, various attempts were made to revive the brand with most being underfunded and unsuccessful. In 1998 Toronto-based Indian Motorcycle Company acquired the California Motorcycle Company to create the new Indian Motorcycle Company of Gilroy, California. With litigation resolved over intellectual property rights, the CMC product line was re-launched under the Indian brand, the first machines off the assembly line in 1999. This iteration of Indian lasted until September 2003 when bankruptcy was declared. A combination of a compromised dealer network, a need for better quality control and a lack of distinction in the S&S-supplied engine contributed to the company’s demise.

But celebrating 100 years of the Indian brand, the exceptional, extremely low mileage 2001 Centennial model illustrated here is a great example of the CMC’s output. Special badging and paint make this machine unique. Its owner, James Kenney, who bought it new, realized its value as a marker in Indian history and put less than 90 miles on it, choosing to keep it as an original unrestored machine.

Last month James Kenney contacted the Museum asking about donating his Chief to the Museum’s permanent collection, and of course the affirmative decision came in moments. This motorcycle fills a key niche in 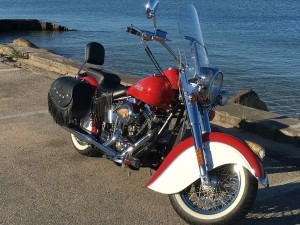 Indian history, is very important to the Museum telling the history of Indian and donor James Kenney agrees. “I have always liked the look of the Indian Motorcycle. Love those “Fat” fenders. Just a beautiful classic look. I went for a ride to Lake Michigan, the one and only ride I had on it. The bike is gorgeous I just didn’t have it in my heart for the odometer to hit 100 miles on it. The Indian is American Motorcycle History and this Chief being 100 years (2001) since the first Indian motorcycle which is the first American motorcycle produced, it’s a work of Art. I’m a Factory Worker and not the kind of person to afford such a donation but this is how we keep our History. I wanted to do this so that it will be preserved for many, many years. My small part of American Motorcycle History.”

When you visit the Indian Motorcycle Story exhibit area at the National Motorcycle Museum you’ll see a wide range of Indians important to the brand’s history, including the Torque Four, on loan from the Antique Motorcycle Foundation and the Century Chief, the super rare prototype, Wayne Baughman’s ill-fated attempt to revive the brand. In the Museum’s lobby is an exquisite example of current Indian design from Polaris Industries, a 2017 Indian Chief Vintage fund-raiser bike. While interesting reading, this chronicle of the brand’s ownership and ups and downs, it’s great to see the brand’s fate sealed with the competent management of Polaris Industries into the future.

Here’s a quick timeline to catch you up, and specs on the featured 2001 Chief new to the Museum’s collection:
1902 – After making three motorcycles in 1901, actual Indian production started in 1902. Technically Indian went out of business in 1953
1953 – An arrangement with Brockhouse Engineering LTD in England revived Indian somewhat until 1961
1960 – AMC, another British company buys the Indian trademark
1962 – AMC goes bankrupt ending their venture
1968 – Publisher and entrepreneur Floyd Clymer begins to import motorcycles from Europe branded as Indians. They have Italian frames and various British and German engines. Some Taiwanese machines are also manufactured and branded Indian. Clymer’s company folds about 1977.
1992 – After being dormant another 15 Years, in 1992 Philip Zanghi bought the rights to the trademark; convicted of fraud and money laundering in 1997, Zanghi never mass produced any motorcycles. Five years later Zanghi goes to prison for fraud.
1994 – Wayne Baughman’s Indian Motorcycle Manufacturing, Inc. announces plans to build the Century Chief. Baughman built prototypes like the one in the Museum, but the new motorcycle never went into production.
1997 – Eller Industries announces intention to resurrect Indian. A mockup is shown, but rights to Indian’s intellectual property are tied up in litigation.
1998 – Toronto-based Indian Motorcycle Company acquires the California Motorcycle Company to create the new Indian Motorcycle Company of Gilroy, California. With litigation resolved over intellectual property rights, the CMC product line is re-launched under the Indian brand but the company is bankrupt by September 2003.
2006 – Stellican Limited, a British company acquired the Indian trademark rights and began successfully manufacturing and selling completely new design Indians in Kings Mountain, North Carolina in 2009
2011 – Polaris Industries of Minnesota purchases the Stellican-revived Indian brand and continues manufacturing 2012 model year machines in Spirit Lake, Iowa on an assembly line next to one then used to make Victory motorcycles.
2013 – Polaris Industries launches a totally new Indian Chief with their own Thunderstroke 111 cubic inch engine.
2015 – The Indian Scout 60 is launched, the Indian FTR dirt track racer hits the mile and half-mile tracks in America, and is a winner almost from the start.