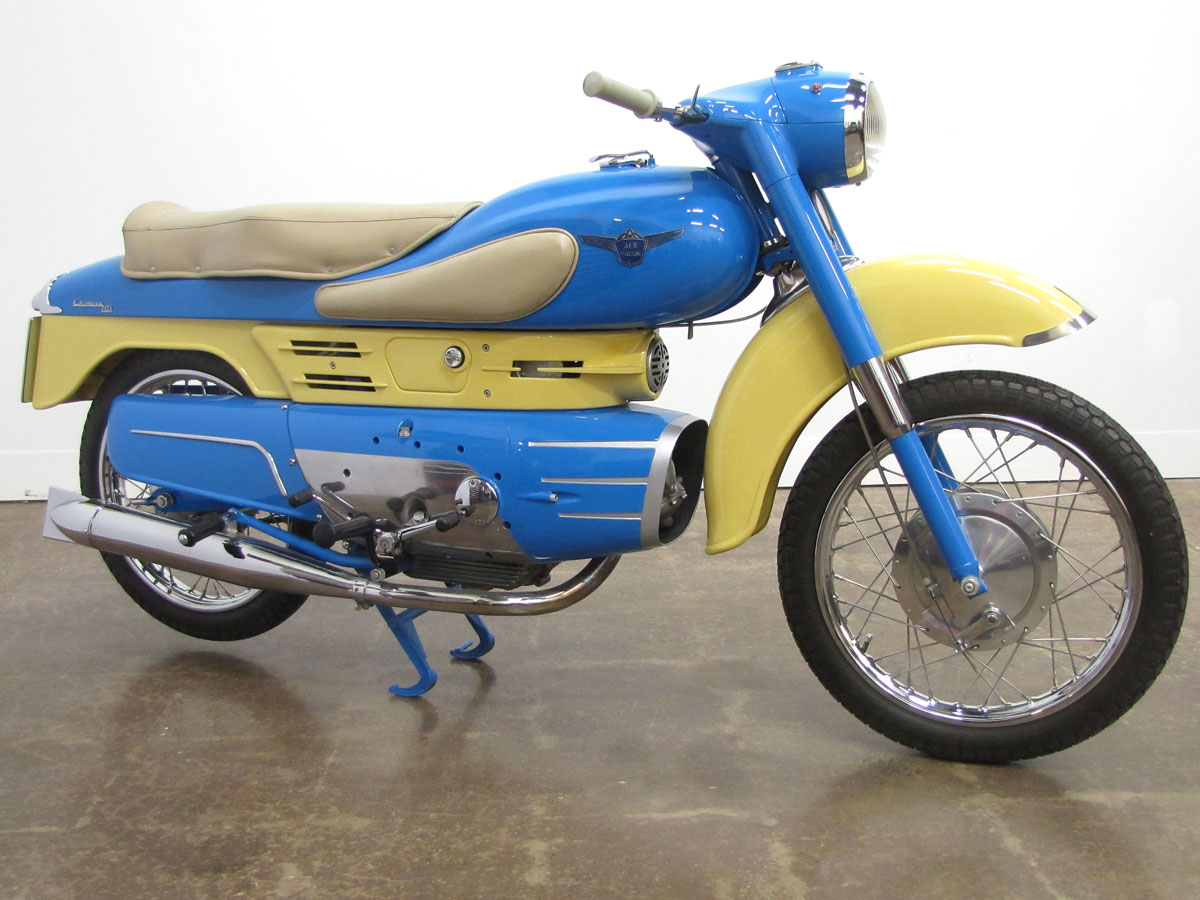 The Chimera reflects the “futuristic” design that had grabbed hold of the western hemisphere in the 1950’s. Its name comes from Greek mythology; a fire-breathing female monster with a lion’s head, a goat’s body and a serpent’s tail.

Designed by Alfred Bianchi, introduced in 1956 and very radical for the time, the Chimera was not a sales success; documents state less than 125 175 cc machines were built. The styling and the paint colors were perhaps geared at attracting a new audience which never materialized. Available as both a 175 and a 250 it was later redesigned as a more conventional motorcycle which gave birth to the Harley-Davidson Sprint available in displacements up to 350 cc’s.

A close look at this motorcycle reveals its engine’s similarities to the popular Harley-Davidson Sprint of the 1960’s and 1970’s. Indeed through this 175 cc four-stroke pushrod “sloper” engine design, the Sprint engine began its life. What at first appear to be simple sheet metal covers over the mechanicals are actually finely designed and cast in aluminum, including the actual clutch and generator side engine covers! Hidden is one dual-rate spring coil-over shock absorber sloped at about 20 degrees under the seat. The tank and seat are one sheet metal unit which lifts off after removing just two bolts, tail light wires and the fuel line. Paint was two-tone ivory with either green, salmon, gold or the blue on this example. 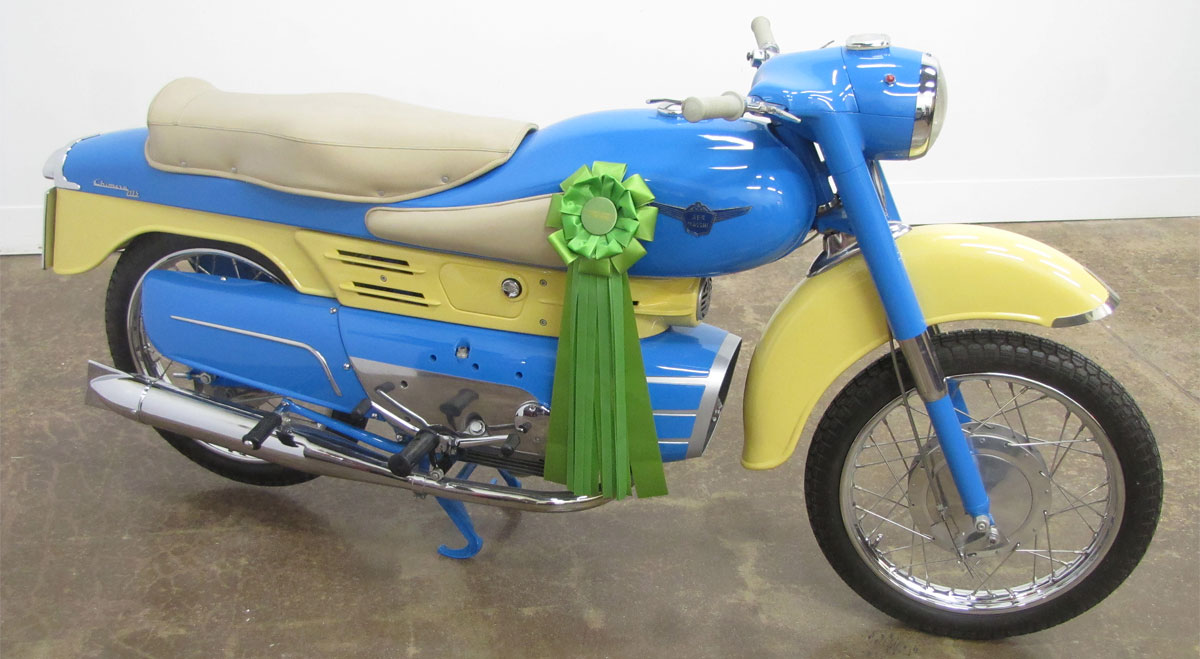 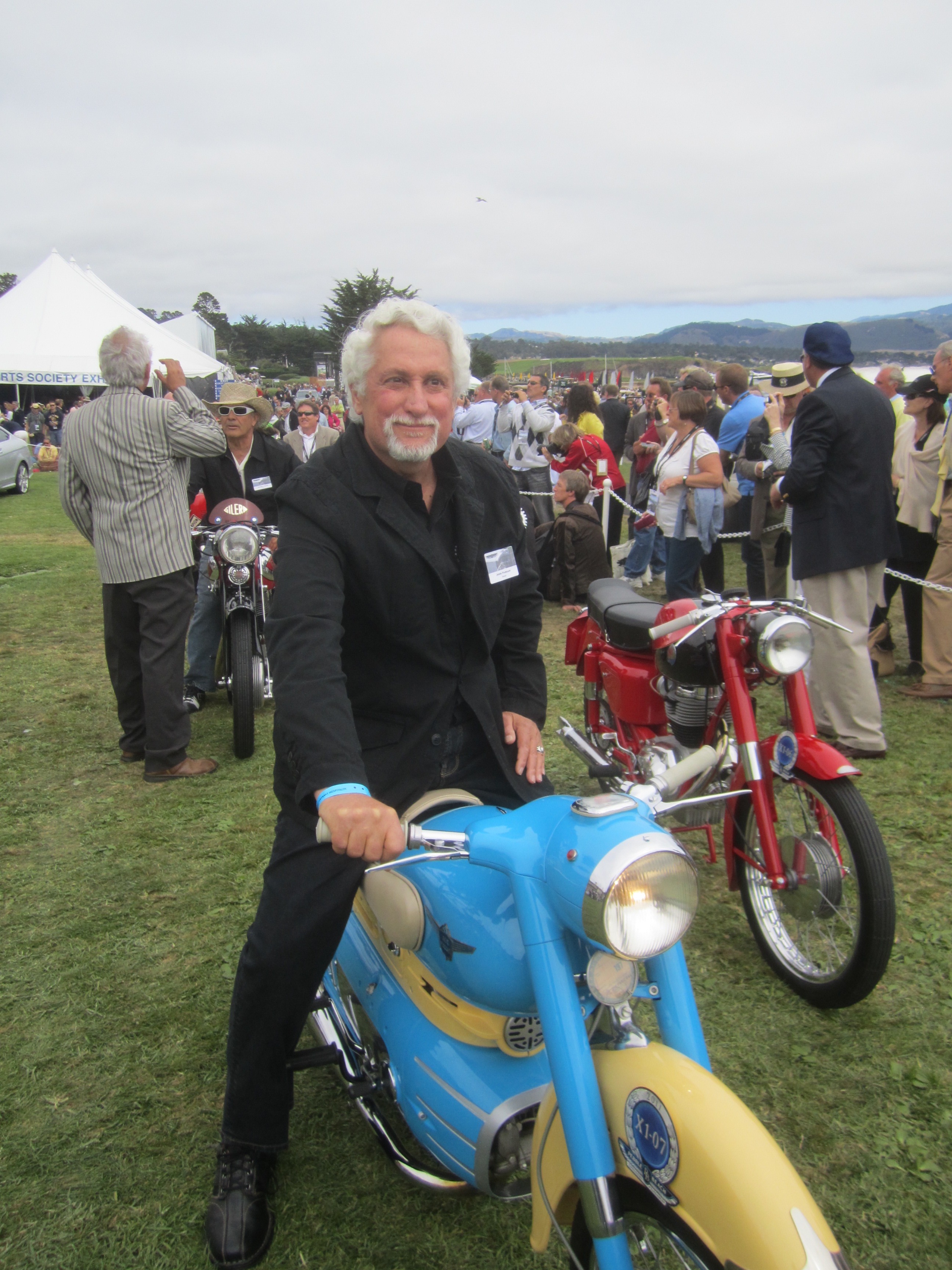 Winning first place in the street motorcycle class at the 2011 Pebble Beach Concours d’ Elegance, this particular Aermacchi Chimera impressed the judges. No trailer queen, it had also been ridden in the 50+ mile Tour d’ Elegance a few days earlier.