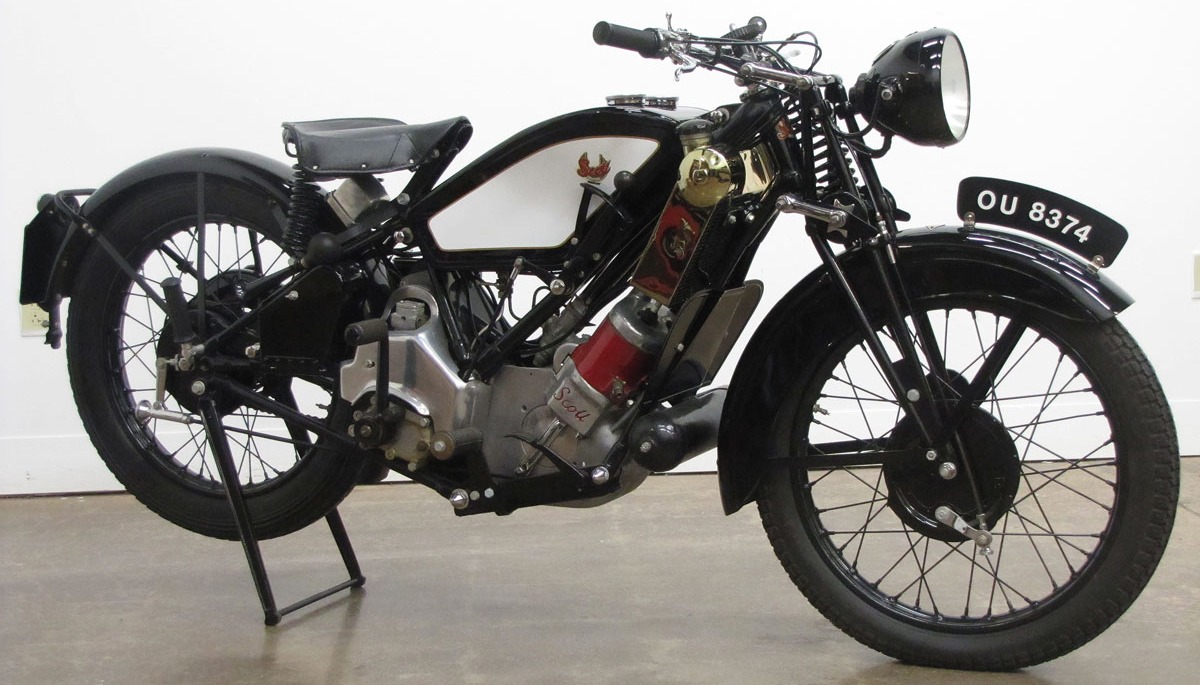 Two-Stroke water-cooled Scott motorcycles were manufactured in England from 1909 through the 1950’s, a period dominated by four-stroke engine power from dozens of manufacturers. A force on British and European racing circuits, Scott foretold the two-stroke-led revolution that would hit in the 1960’s and culminate with the Yamaha TZ750, the water-cooled in-line four road racer. Today Scotts are a very interesting study, highly unusual and advanced in many ways.
The Flying Squirrel model was launched in 1926. Oil injected and water-cooled 600cc two-stroke parallel twin engines are at the heart of every Scott. Brass trimmed radiators and red water jacketed cylinders called attention to the Scott’s unique engine. Frames were made almost entirely of straight tubes, the most structural approach. Studying the frame geometry and fuel tank shape one sees the design and engineering of grand prix motorcycles of decades later, a sort of “perimeter frame” design re-engineered in the 1980’s

This particular Scott was once part of the Harrah’s Automobile Museum in Reno, Nevada, and although undocumented, it is believed that it was previously owned by Steve McQueen, purchased by Harrah from the McQueen estate. You can view this fine Scott Flying Squirrel and over 100 other British motorcycles when you visit the National Motorcycle Museum.