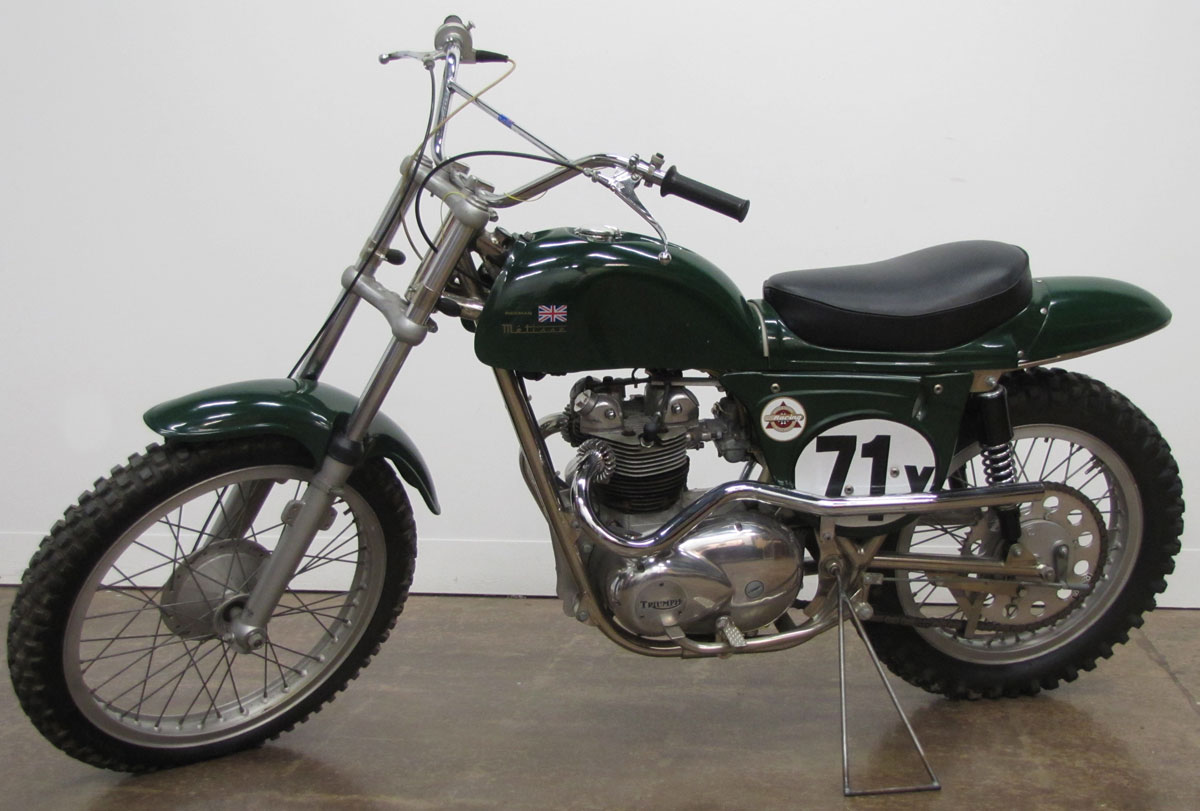 It was 1958 and the Rickman brothers, Don and Derek, were champion British 500cc scrambles riders, world class, in fact, riding British single-cylinder scrambles motorcycles, BSA’s. But they were soon being beaten by the Swedish riders on recently constructed “home brew” machines, light production chassis with big single-cylinder 500 engines swapped in. In 1959 the Rickman’s began a 15 year run making their own home brew racers, some of the finest racing machines in the world; Rickman Metisses.

It’s often the case that competing racers are better at engineering solutions than engineers behind desks in factories. The Rickmans found good result with BSA Gold Star Catalina Scrambler-based machines, but they were getting a bit long in the tooth, and the Swedish 500cc class machines were faster, better handling. They set about building a better handling, faster BSA Gold Star. Beginning with the best components they knew, they used a BSA Gold Star frame, but used a Triumph 500 twin engine, Norton forks, the BSA wheels, gearbox, primary. Searching for a name for the prototype bike over tea one afternoon, and noting the unorthodoxy of mixing two breeds, Mongrel came to mind. In moments, the conversation yielded Metisse, the French word for a female mongrel dog, and the name stuck. And with their new Metisse scramblers, 1959 was a very winning year for the Rickman brothers. So good it landed them positions for the 1959 Moto-Cross des Nations team from England! But never ones to rest on their laurels, the Rickmans began the replacement for the rather heavy “Tri-Beesa,” the Rickman Metisse Mark III which for the first time used their beautifully engineered, scratch built Reynolds 531 chrome-moly steel tubular frame with beautiful bends and brazed joints; no heavy cast iron lugs! Even chain adjustment was unique designed for adjustment at the swingarm pivot. At this point complete chassis kits were marketed, the builder locating his own donor engine and electrics. Later complete Rickmans were made available, and counting all types, about 12,000 kits and complete machines were made for street and competition riding.

The featured bike this week is a Rickman Metisse Triumph 500. As you can see the Rickmans used Ceriani forks, gel-coat fiberglas body pieces, upswept exhaust, their own brakes and even nickel plated their frames to make their fine design and fabrication stand out.

Like many riders who were not content to ride what the factory sold, the Rickman development and manufacturing story is a great one. When you visit the National Motorcycle Museum for Vintage Rally on June 3, or any time in the following year you’ll get to take in this Metisse Mark III loaned for display by Cynthia Clymer and several other Metisses in the Dirt Riding USA exhibit.