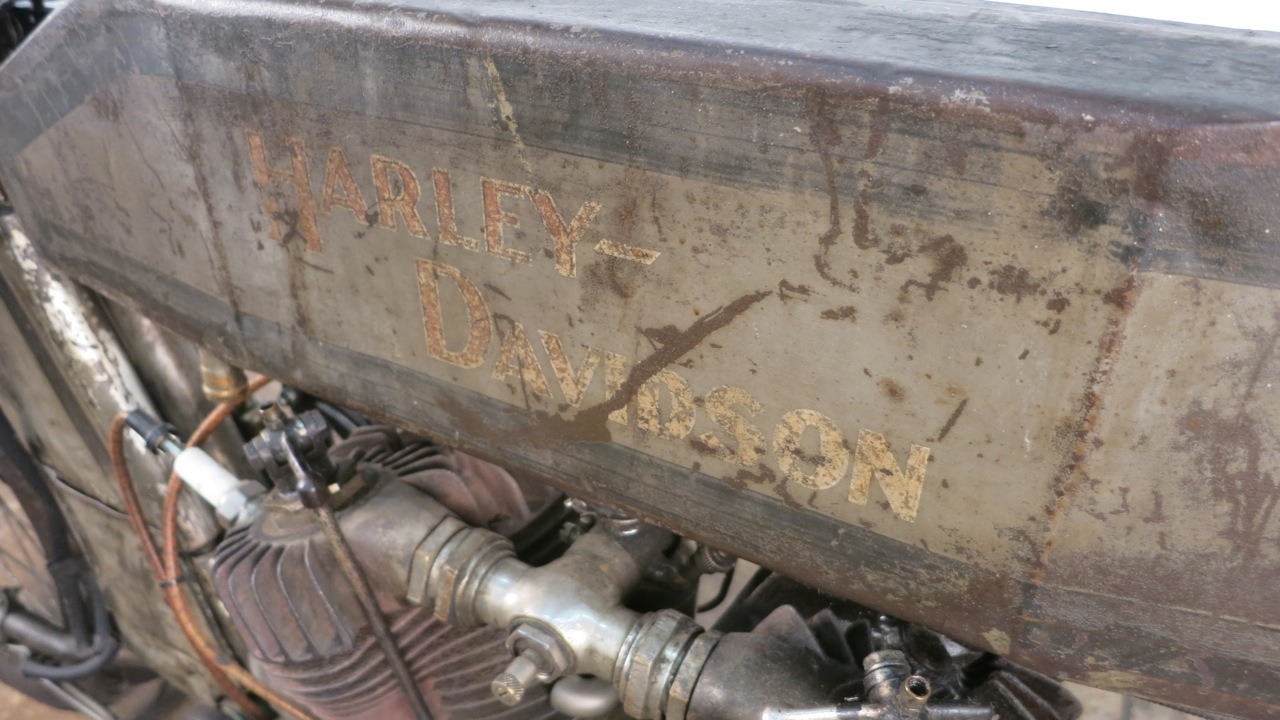 2016 marks the fourth running of the Lonnie Isam-invented cross-country Motorcycle Cannonball, and it ends in California, Sunday September 25. Appropriately, machines being ridden this year needed to be made in 1916 or earlier. Looking back to the first Cannonball in 2010, this 1914 Harley-Davidson twin was ridden by Jeffrey Decker, sponsored by John Parham.

You will note a couple of upgrades to make riding the Cannonball, following the route, a bit easier. A chart board was mounted on the bars, and toggle switches streamlined controlling the electrics. Unlike some entries, the brakes are stock and rims still period original where some bikes have been upgraded to use more modern tires and drum front brakes. This ‘14 made it all the way to California, but suffered debilitating magneto problems and Decker lost points, finished down in the standings.

A little background on the bike. A V-Twin incorporating chain final drive and a 2-speed hub marked a big advancement for Harley-Davidson, and two years later in 1916 a true kick-starter was employed as well. But for Harley-Davidson the modern era arrived in 1914 with their first multi-speed big twin. It was a 2-speed in the rear hub common in bicycles, but the ability to change gears was a huge advance in a motorcycle’s ride-ability, and made the bike work for long distance touring out on the flats, away from the city. The transmission proved tricky to keep in good adjustment, and its tight tolerances combined with riders’ unfamiliarity with the mechanism meant two-speeders were often problematic.

This 1914 two-speed twin is in almost totally original condition, with great patina and is waiting for your review the next time you visit the National Motorcycle Museum.