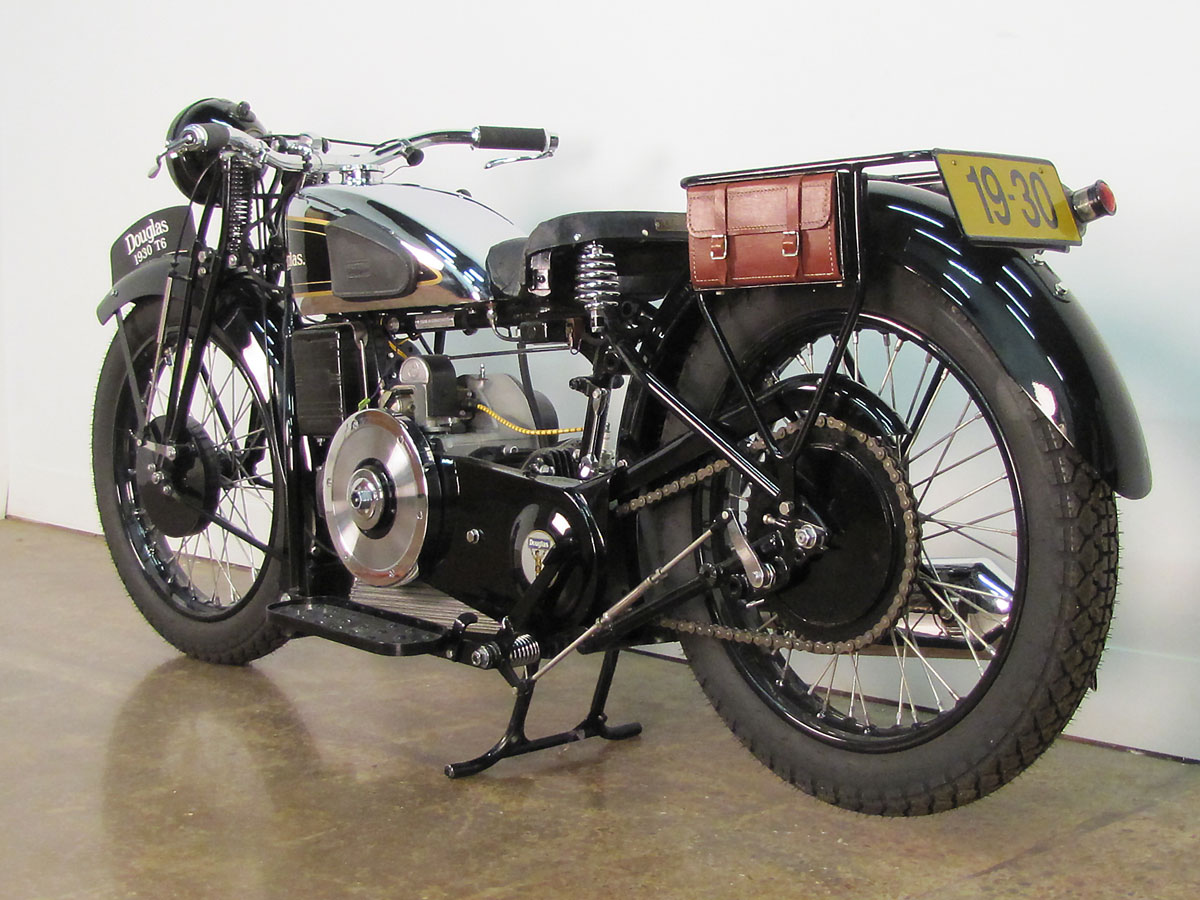 Douglas, a brand not widely imported into America, innovated well beyond the “big three” British manufacturers. Their well detailed opposed twins like the T-6 were remarkably smooth and noted for dependability. Some later models like the T35S, also on display in the National Motorcycle Museum, used sophisticated torsion bar suspensions.

William and Edward Douglas founded Douglas Engineering in 1882. Based in Bristol, England, they made their first motorcycle in 1904, a 200cc opposed twin direct drive machine dubbed the “Fairy.” Some say it was the first opposed twin motorcycle engine, predating BMW by nearly 20 years. Douglas is also credited with making the first disk brake system for motorcycles, an innovation employed about 1920. To get an idea of their manufacturing scale, by the end of World War I Douglas had built 23,000 motorcycles for the British military. They also had good success road racing at the Isle of Man in the 1920’s.

Unlike pre-War BMW, Douglas was not wedded to how the engine sat in the frame. Some Douglas motorcycles had the cylinders for and aft,  some with shaft drive used a layout that BMW has perfected, an in-line crankshaft with cylinders projecting left and right like the T35S at the Museum. The exposed flywheel lessens resistance in the crankcase. Exceptional T-6 features include the chrome plated fuel tank and flywheel, leather tool cases, Brooklands-style muffler, end pivot hand controls for safety.

Douglas motorcycles were in the news in 1932–1933 when Robert Fulton, Jr. became the first known man to circumnavigate the globe riding a 6 hp Douglas twin. Fulton wrote a book on his adventure, “One Man Caravan”. The last Douglas manufactured machines were made in 1957.

You can see this fine British motorcycle and dozens more when you visit the National Motorcycle Museum.