The "Six Inch Stretch" Hi-Rider; An Apex of Chopper Development 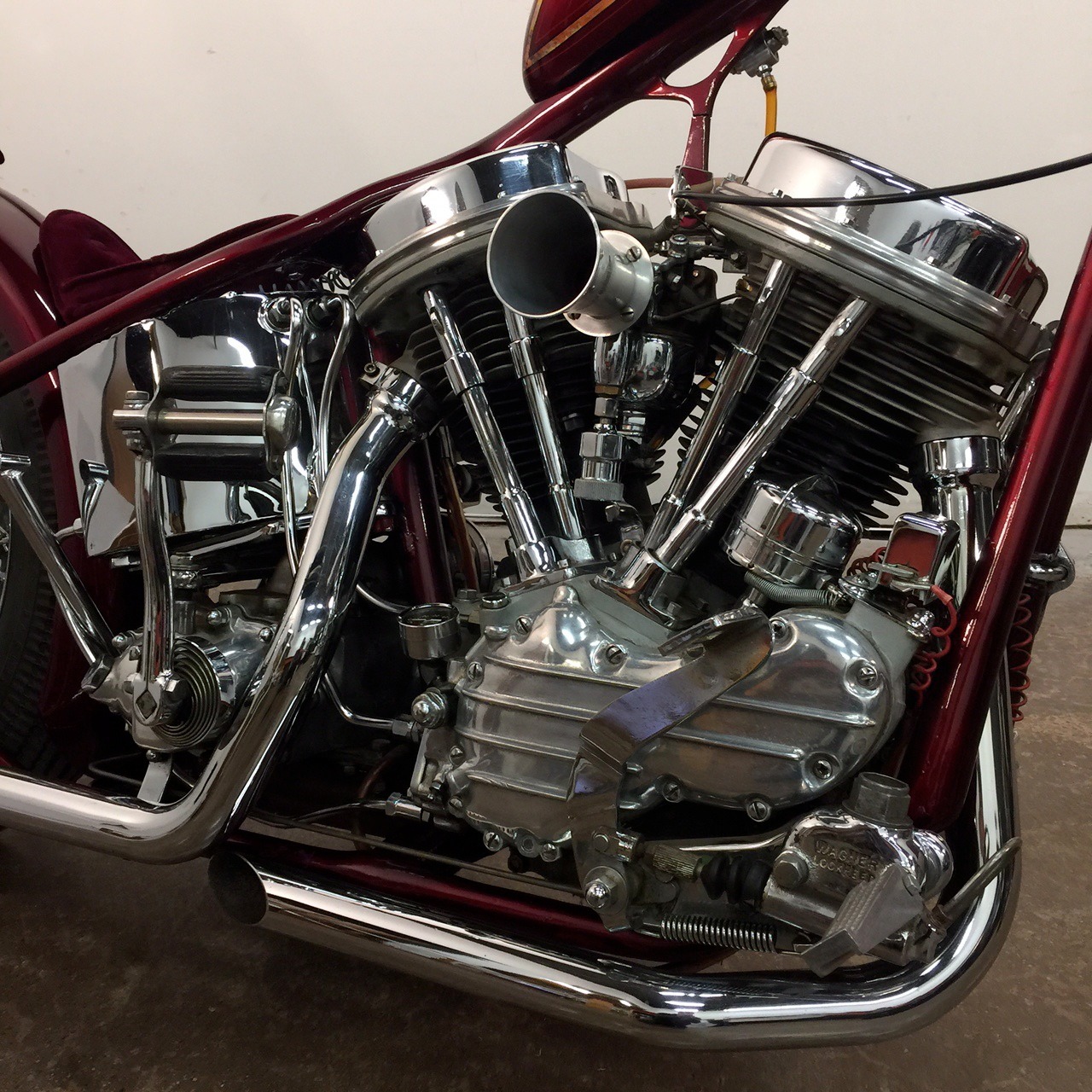 From Paul d’Orleans, Curator, Allstate Motorcycle CHOPPER STORY Exhibition
From the mid-60s onward, a few builders took the spindly appearance implied by stripped-down, extended fork choppers, and ran with it. By lengthening the top tube and downtubes of a frame, it was possible to raise the steering head by six inches or more with relative ease. Combined with a small Sportster or Wassel tank, and a set of extended girder or springer forks, the chopper took on an insect-like appearance which could be surprisingly elegant. That’s not an adjective used often in the chopper world, but the trick of transforming a large-capacity brute of a motorcycle into a long and delicate-appearing work of art represents the pinnacle of the long road to the chopper. In effect, the long-fork ‘6 over’ chopper is the culmination of 40 years’ evolution of the American custom motorcycle, and its perfection in the late 1960s represents the apex of chopper development. Proof of that can be seen in subsequent chopper styles that lack the aesthetic purity of this machine, as well as the current ‘old school’ revivalists who are crazy for long-fork 60’s and ’70s choppers.
This 1957 FLH Panhead has seen 6″ extensions added to its front frame downtubes, and 5″ to its backbone. A Sportster tank was modified and molded to fit, and the handlebars, sissy bar, and fork rockers were hand fabricated, while 25″ was added to the length of the stock H-D springer forks by welding Ford Model T radius rods to the rear legs. The whole machine was painted candy apple red with beautiful composition gold leaf and pinstriped accents, including an orgy of stick figures on the battery box!
Specifications:
PreviousNext
1234567891011121314
2 replies