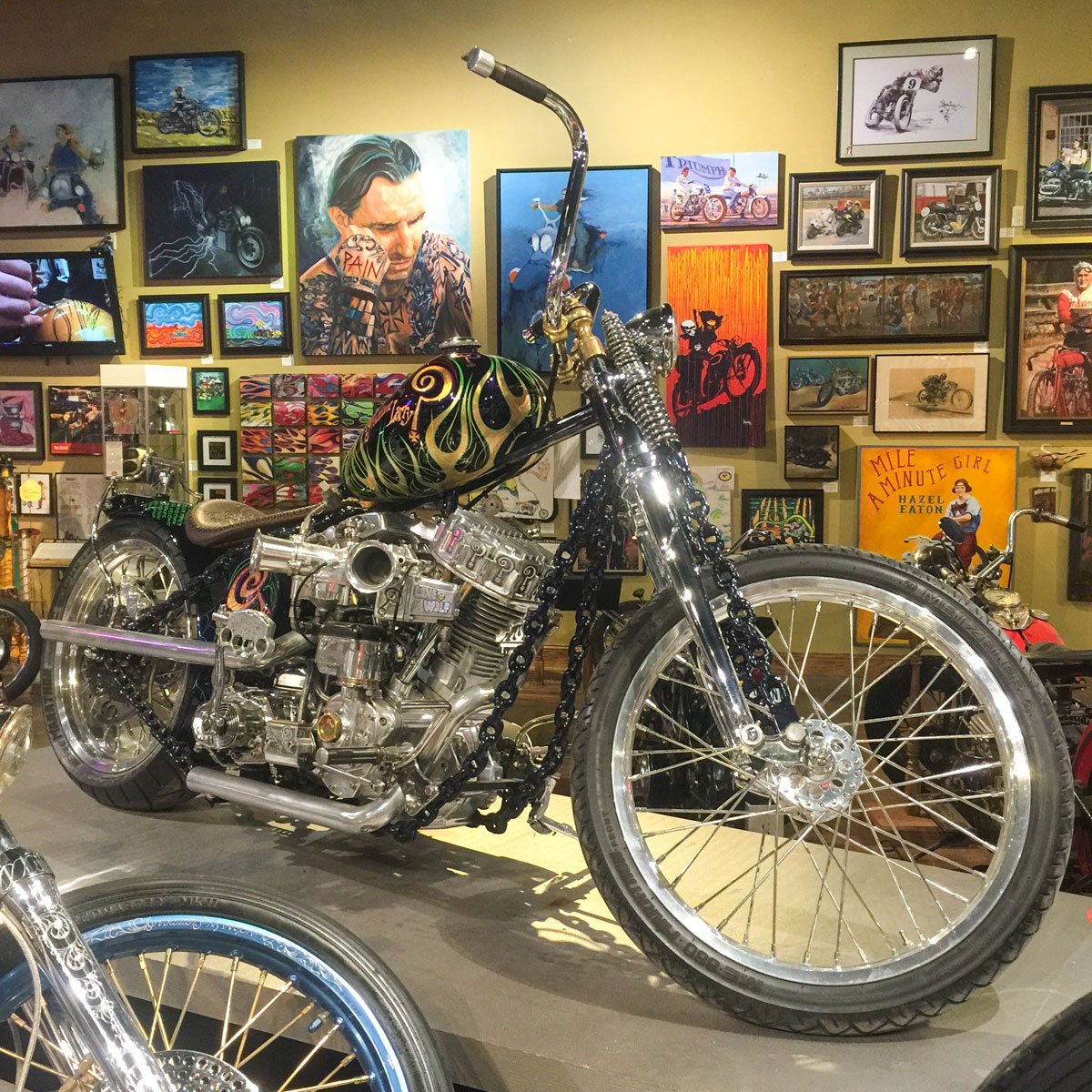 Larry DeSmedt was born in the Spring of 1949 and grew up in Newburgh, New York, about two hours from metro New York. He was a person driven to live life to the fullest, as they say, and was influenced by many people and things in his life, his environment. Without video games and smart phones to play with, like many baby boomers he enjoyed Lincoln Logs and then took to plastic model motorcycles and cars which were perhaps a first outlet for his creativity. As a teenager in the late 1960’s, his first motorcycle was a Harley Knucklehead, a 1939. Reading his various biographies, it appears this is what brought him focus toward things very mechanical; to ride a 30 year old Harley, you need to have mechanical skills. And as we all know, motorcycles also help in forming ones circle of friends. And so grew the life and reputation of “Indian” Larry. Artist, painter, metal fabricator, probably philosopher as well, if you looked at the work through his eyes. We lost him in 2004, but stories of his life have been written, and much resides on Wikipedia about Indian Larry.

“Via Con Dios” by Manon Elder