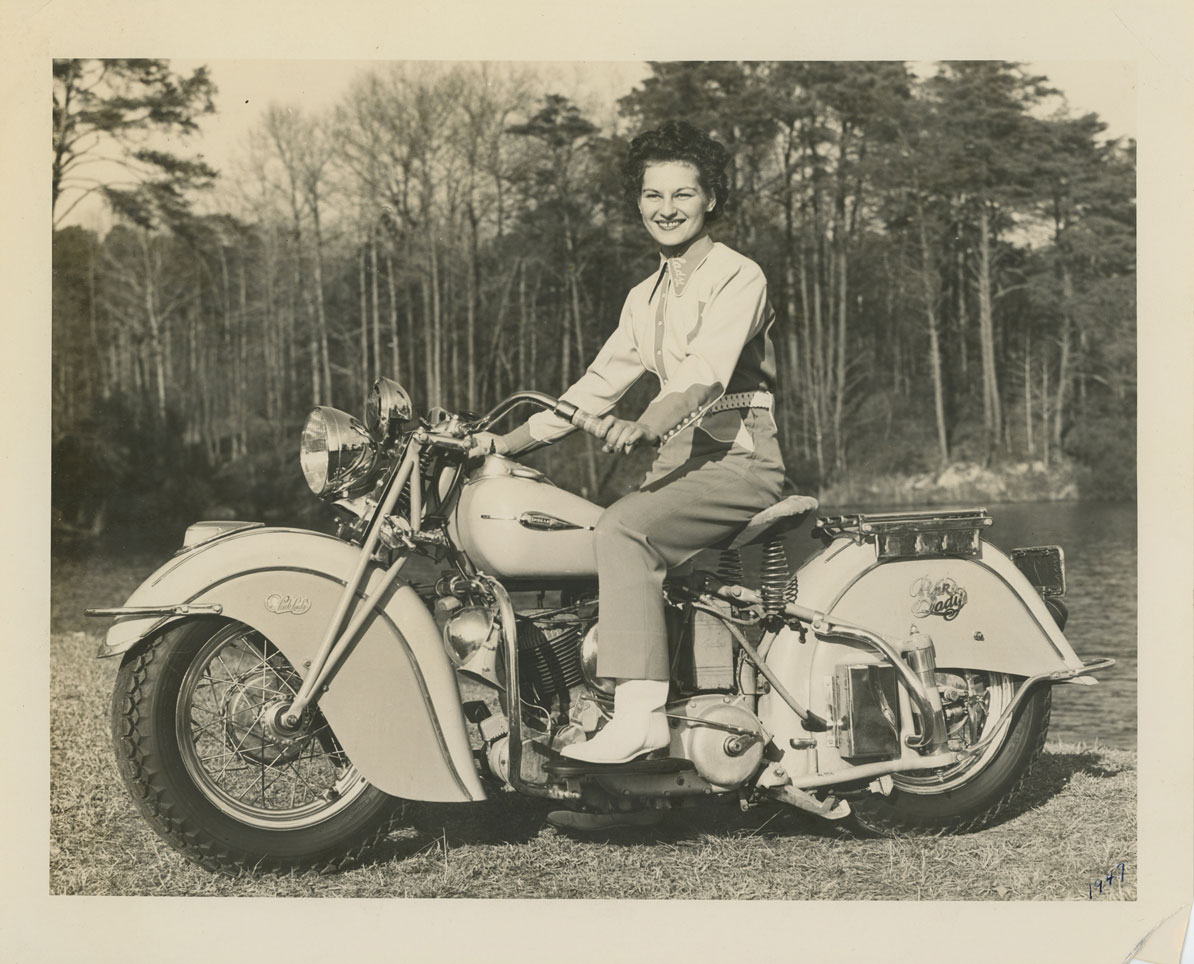 The Motor Maids organization was founded in 1940. Early members set its mission to be promotion of safe riding habits, motorcycle travel, encouraging members to be good ambassadors to motorcycling. And as time went on, to have a presence at large motorcycling events. Neat attire has always been part of the program as well, and a succession of approved apparel, down to boots, gloves and head gear have a history. When the National Motorcycle Museum reopened in its new home in 2010, a special exhibit area was established to honor women riders, and the Motor Maids are featured there. Recently the family and friends of the late Helen Kiss, who died in April, 2014, added to the Museum’s exhibitions Helen’s personal Motor Maids uniforms and other memorabilia. Helen was 94 and spent her life helping people, animals, nature and of course the image of motorcycling. The Pink Lady, as she was known, is missed, but the Museum display will help conjure her experiences in motorcycling.

Ducati Paso Limited, Home at the Museum
Scroll to top