Emde’s racing career began on dirt tracks where he competed successfully in amateur TT and scrambles races. As a teenager, working out of his parents’ bike shop, he began road racing on local tracks running a race prepped Suzuki X6 Hustler. Moving up to a Yamaha production racer, Emde logged an impressive 250 Grand Prix win, beating Gary Nixon and Cal Rayborn at Talledega. His impressive 1970 race season landed him a spot with the BSA road racing team for 1971. In this era dirt track and road race points together gave you your season standing. While Emde had a great road racing year, his dirt track finishes put him just short of a top ten 1971 final result.

By 1972 the British manufacturers had cut back their team size, and Emde was dropped. He again teamed up with Mel Dinesen riding a Yamaha TR350. Though greatly outsized by Honda, Harley, BSA and Triumph “Class C” machines, attrition was the name of the game. After a grueling 200 miles the relatively small Yamaha TR350 came across the finish line first! Emde retired from professional racing in 1973 after a season on a Suzuki road racer, but soon created other opportunities for himself.

Emde took his connections, knowledge and experience and went to work in marketing, first for Bell Helmets. Later he became publisher of the industry magazine, DealerNews. His collecting of motorcycle photography and great regard for preservation of motorcycle history drove him to publish the “bible” of Daytona 200 racing in 1990. In its second printing the 380 page book is THE reference for the 200. Soon after finishing the book, he joined the Board of Trustees of the American Motorcycle Heritage Foundation, and later became its Chairman. In 1999 he was inducted into the Motorcycle Hall of Fame. Emde currently publishes a monthly dealer magazine for motorcycle parts distributor Parts Unlimited called PartsMag.

Don Emde’s most recent adventure is along the American motorcycling history path. He led a ride from San Diego, California to Manhattan, New York in early May. The ride retraces as correctly as possible, given road building over the past 100 years, the 1914 transcontinental ride of Erwin “Cannon Ball” Baker. Baker set many records in his life, this one abroad a 1914 Indian. Emde and his riders were primarily on modern machines, watching for 19th Century landmarks along the way like mile markers, S bridges and toll stations on U.S. Route 40, the National Road, which was originally constructed for Conestoga wagon freight traffic. You can review Don’s ride at http://www.cannonballproject.com/content/.  You can read Emde’s complete Motorcycle Hall of Fame biography at http://www.motorcyclemuseum.org/halloffame/detail.aspx?RacerID=98 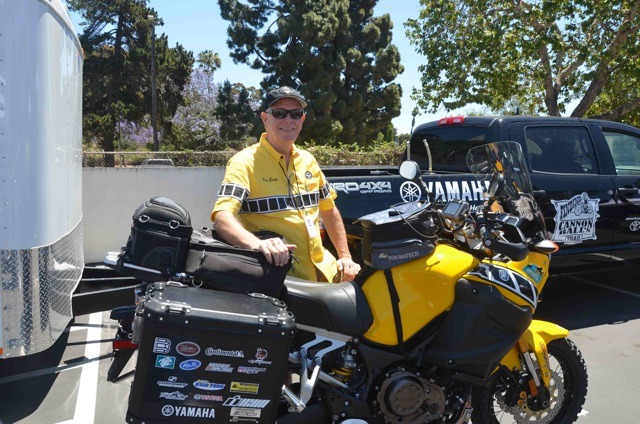 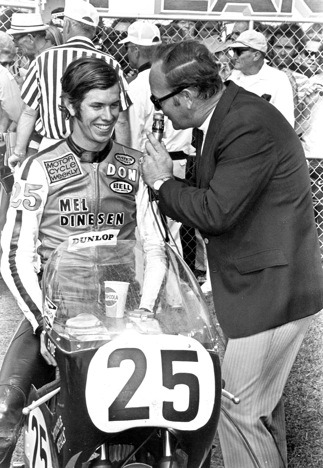 Roxy Rockwood interviews Don Emde after his Daytona 200 win in 1972. 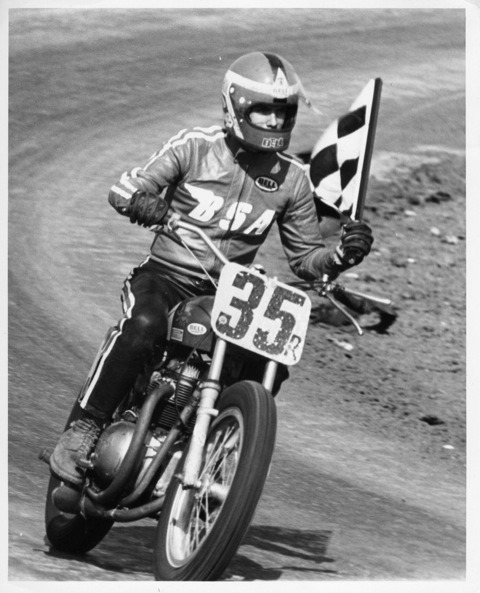 Indian Motorcycles from Many American Collectors Featured in Expanded Indian...