Central Ohio Harley riders are a lucky bunch. While they have several different Harley-Davidson franchised dealers to choose from including the famous A.D. Farrow Harley-Davidson, they also have Tom Reiser, Reiser Cycles. One could say Tom Reiser has a PhD, plus tenure, in Harley-Davidson service, racing and competition bike building. 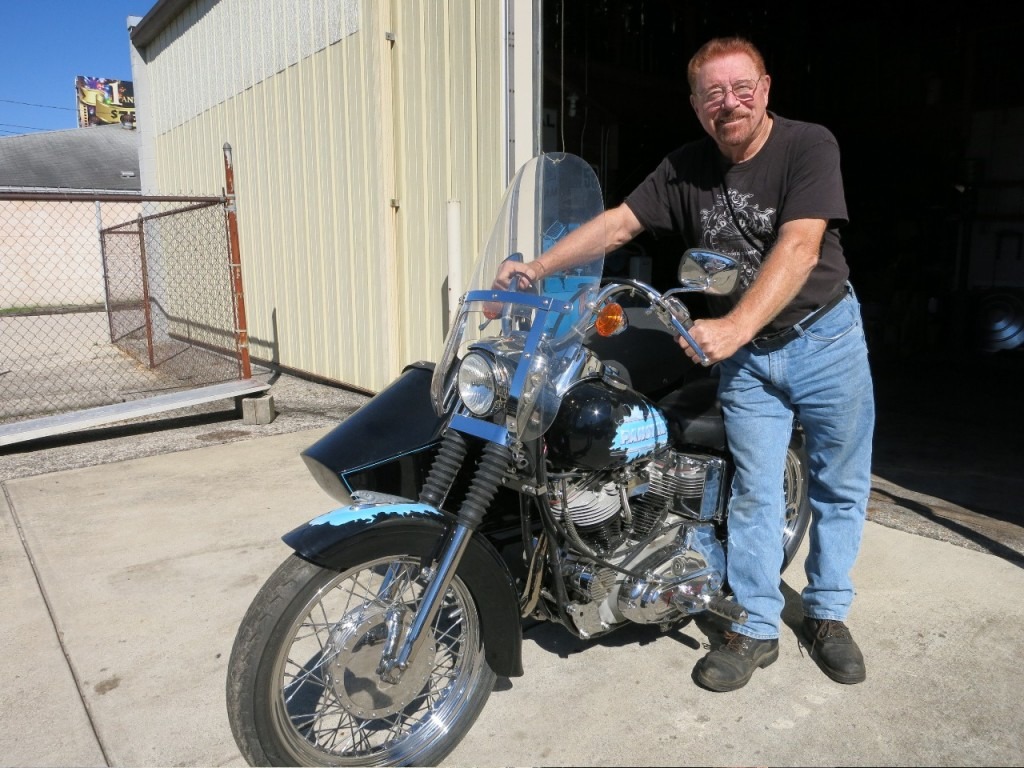 Tom has built many hillclimbers and a few drag bikes, like his Chevy V8 powered Tom’s Bomb, but built this very special sidecar rig for his wife Beulah.

Tom got his start at A.D. Farrow’s shop, in fact, around late 1956, when the first Harley-Davidson Sportsters hit dealerships. He got used bikes, trade-ins ready to sell. Then later, after proving himself, Tom worked in service. His passion led him to build hillclimb bikes for other competitors and himself. His first national win with himself at the controls was in 1964 in Muskegon, Michigan. Next up were drag bikes including one with a Chevy V8 that ultimately caused his departure from Farrows. “I guess I spent too much time playing with my drag bike, not enough time working on customers’ bikes,” says Tom. That Chevy V8 bike, Tom’s Bomb, is on display at the National Motorcycle Museum along with a Reiser-built hillclimber.
Around 1970, Tom built a competitive drag bike around a Sportster engine, ran it for a season, then lost his rider. He was still working at A.D Farrows at that time, and started looking for a new rider for the bike. Bobby Farrow, A.D.’s son expressed interest so Tom rebuilt the bike to fit Bobby. The Sportster drag bike Tom built is on display at the Harley-Davidson Museum in Milwaukee.
Knowing the Sportster engine’s strengths and potential, Reiser used them in hillclimb bikes he built himself at first. Later he employed professional chassis builders to help him win championships. Never a guy to think he knew it all, he even visited C.R. Axtell’s tuning shop in California. “We went to Axtell’s shop in California, a pair of Sportster heads in hand. C.R. gave us about 20 minutes of his time. We explained what we wanted the heads to do, what we were putting them on, and left. The heads arrived all done up…but it was about six months later!” 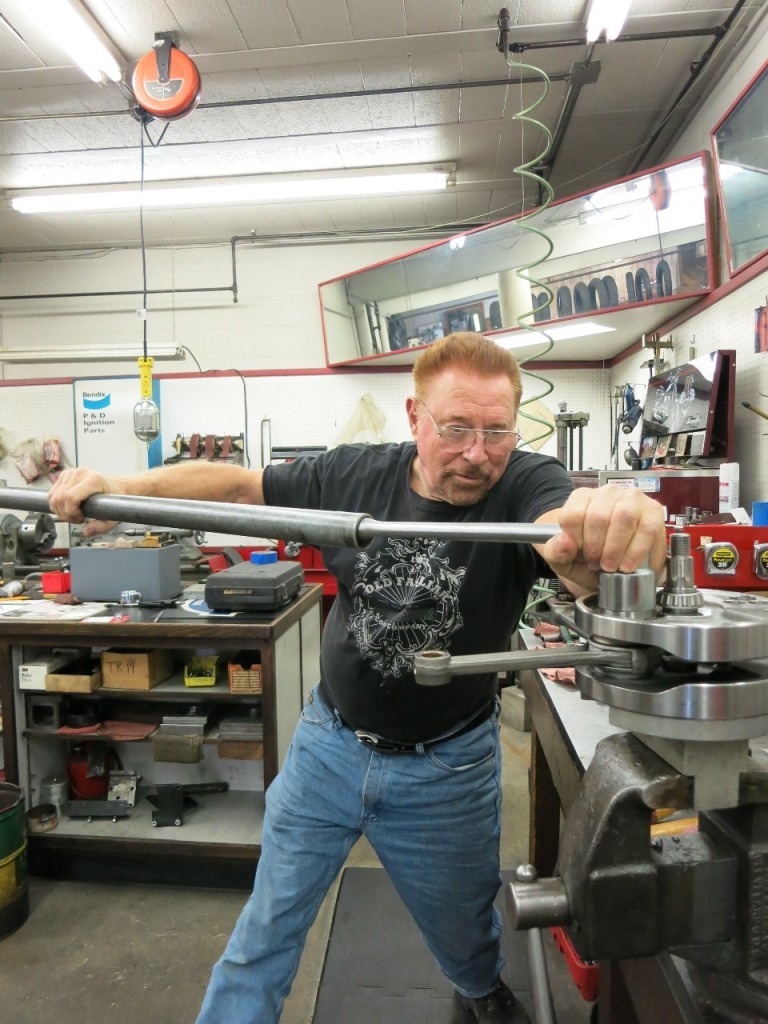 Reiser turned to building bikes for others to compete in hillclimb and helped several rider to championships. He retired from hillclimb competition completely in 2011. His shop on South High Street, in Columbus continues to serve those riders with older bikes. “We work on everything from 1936 to 2014, Knuckleheads, Flatheads, Evos, even Twin Cams. And there’s nothing a home garage mechanic can screw up we can’t fix up!” When you stop by the shop, you’ll likely be greeted by Tom’s daughter Chris. Tom will be out back in the shop, twisting wrenches. Motorcycling has kept him young. A true perfectionist and enthusiast, late in life he still enjoys his work at the real motorcycle shop he created. 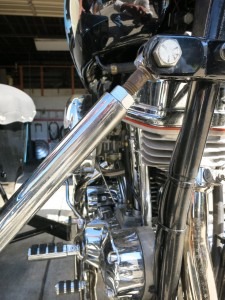 Tom Reiser’s “Panster” uses a Sportster bottom end and a Panhead top end. If you look closely you will note that the push-rods lean away from the engine’s centerline to meet the head. That is just the beginning of the incredible amount of fabrication on this sidecar rig.