Saving and presenting the history of American motorcycling is what the National Motorcycle Museum is all about. Through the thoughtfulness and generosity of Jaey and Brenda Sedlacek the Museum just acquired some fantastic motorcycles, strong documents of motorcycle customizing and building trends in America.

Sometimes it comes to you naturally. You see something and get a flash that says, “This Is Important.” And you do what you can to grab that bit of artistry or innovation, capture it, save it for the future. Motorcycle customizing began to hit its stride in the 1950’s with Bobbers, then the chopper craze hit in the 60’s. “Builder bikes” came on strong in the late 90’s followed by a sit-com or two that drove the them into our living rooms, helped launch a boom period. So where are all those custom bikes now, and what do we know about their creators?

Jaey Sedlacek offers, “I suppose going to bike shows and reading magazines built my passion for custom bike building. While I watched what was going on in the world, I also built a couple of bikes myself. Then I began to acquire some machines I felt were important.   I was driven to see these bikes understood and appreciated!”

In the end, Jaey Sedlacek collected five bikes by world class builders Don Hotop, Jesse James, Pat Kennedy and Randy Claude. “Thinking it was better to let people see the bikes, I loaned a couple of my custom bikes to the National Motorcycle Museum here in Iowa. One day I said to myself, ‘this is working,’ having them at a museum. I called the director there and started the process of outright donation of all five bikes and their two haulers. Better they are before tens of thousands of Museum visitors each year than in my house and garage!”

Museum President John Parham offers, “Each of these bikes is unique, and tells a story about a point in time in American motorcycle customizing. Jaey was very smart to grab them, hang onto these period documents of a sort. We were totally amazed when Jaey began discussing donating such important and highly valuable machines to the Museum’s permanent collection. Jaey and his wife Brenda even gifted two fine trailers which will be a great asset to the Museum.”

Sedlacek’s five customs will become part of a greater collection of custom bikes already on display, other earlier choppers and bobbers. These are original and unrestored examples, work of individuals who went their own way, made something different and unique. From 80″ Harley UL Bobbers to Triumph Choppers, you can enjoy a chronology of 20 custom machines built around American, British and Japanese motorcycles. In addition to the newly donated Sedlacek machines, custom bikes by greats like Arlen Ness, Ed “Big Daddy” Roth, Von Dutch and Jerry Magnusen are represented by over two dozen machines. All this is at the National Motorcycle Museum, part of a collection of over 400 motorcycles and countless pieces of memorabilia on display.

If you have significant motorcycles and a feeling of generosity, a wish to donate them to the collection and see them on display at the National Motorcycle Museum, please contact the Museum by email: museum@nationalmcmuseum.org , or by phone: 319 462 3925. 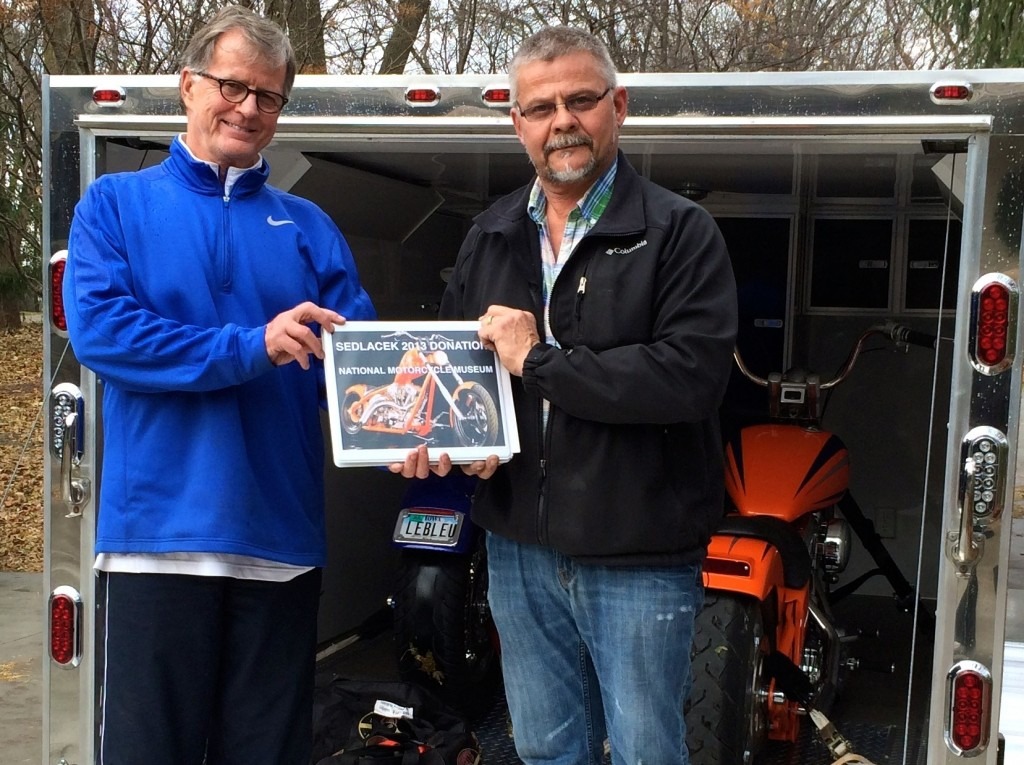 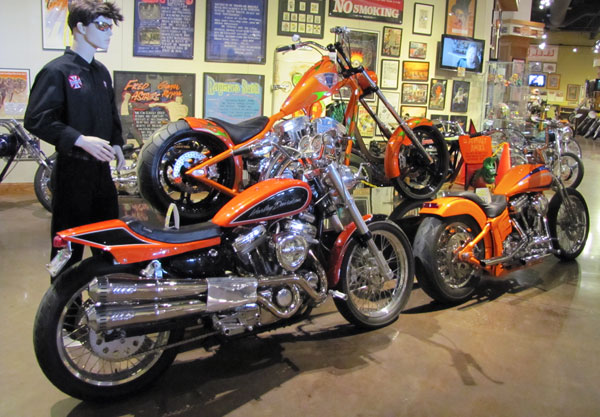