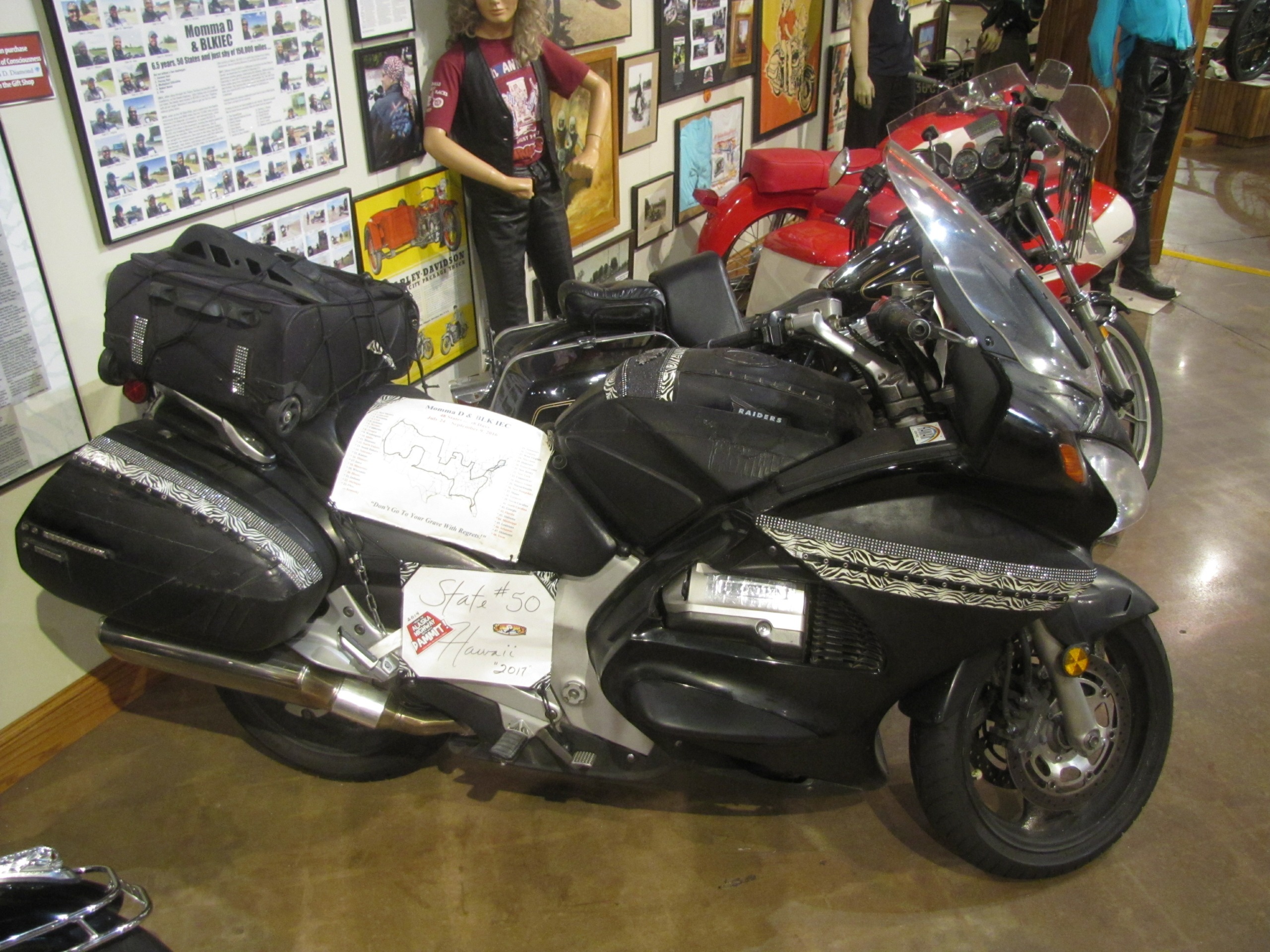 The ST’s design origins are in Europe, a market better met by the ST than Honda’s larger Gold Wing. BMW being the target, the Pan European, as it was known there, hit European showrooms in 1990 and soon came to the US as the ST1100.

Momma D. Diamond has owned several onda touring bikes and racked up lots of miles. This machine, BLKIEC, carried her 150,000 miles through all 50 United States in six and a half years! Momma D. Diamond is noted as the only person to ride all 50 states, on consecutive days, on the same bike (in just 169 days), but also for being a conditioning/wellness coach, a trainer and an advocate for health awareness, especially among African-American women.

Looking to take some heavy weight touring market share world wide, Honda experimented with the original Gold Wing released in 1975, and has developed V-4 engines since the early 1980’s. The ST (Sport Touring) is trimmer and lighter than the 1990’s Wing but with good passenger seating, rider protection and big saddlebags; it’s a great compromise. The “snubbers” on the sides of the fairing were a response to complaints about repair expense. Insurance companies became sensitized to the new wave of full bodied motorcycles and this design limited damage.

Honda built the ST in 1100 and then later, 1300 versions. The more recent VFR1200 and VFR1200X, also V4 powered machines, succeed it. Momma D. Diamond’s new ride is the VFR1200X, the adventure bike version. This very traveled and storied ST1300, donated to the Museum by Momma D. Diamond, is displayed in the National Motorcycle Museum’s Women and Motorcycling display area along with other bikes and memorabilia from women’s riding organizations.