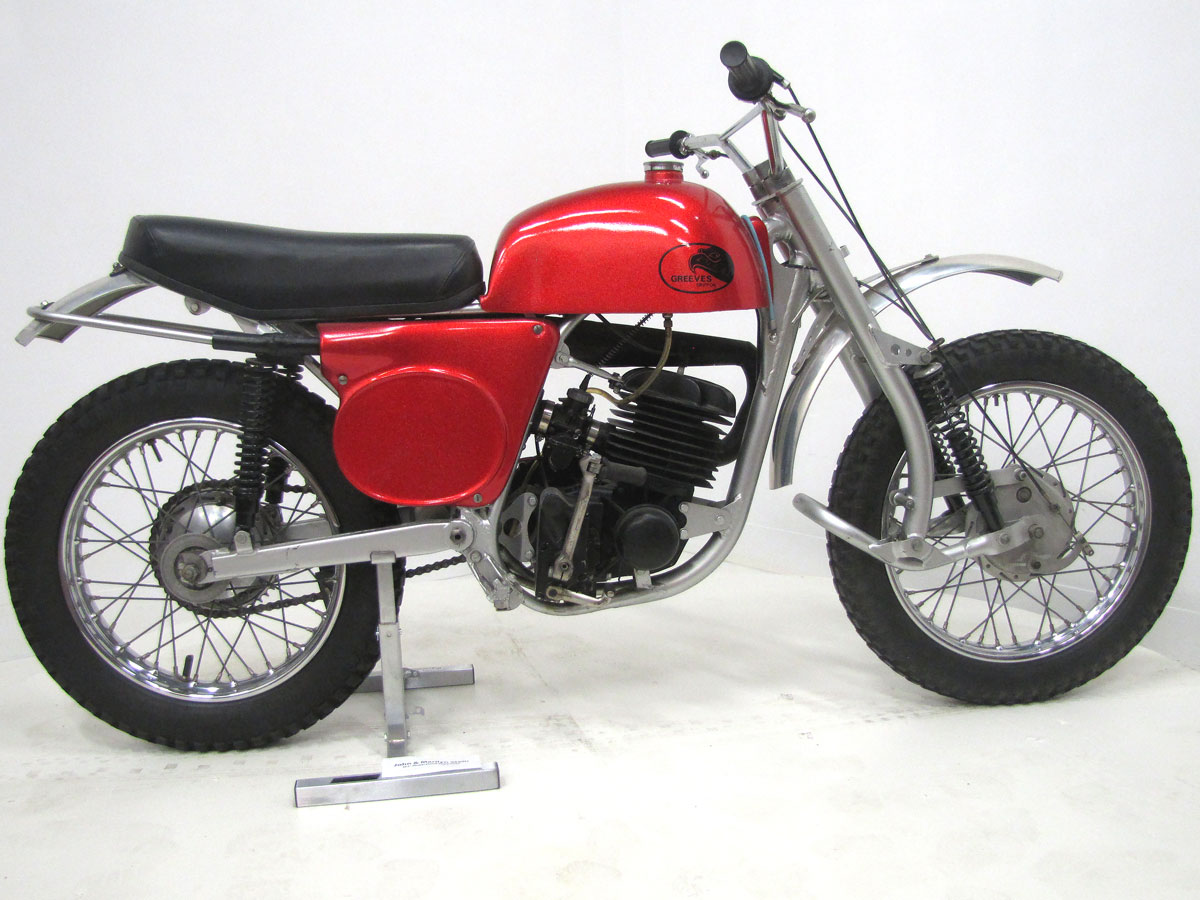 While most British racing motorcycle manufacturers stayed with four-stroke singles into the 1970’s, Greeves successfully engineered light weight two-strokes much earlier. The Griffon, available in 250 and open class 380cc versions, was one of the last designs to come from Greeves. According to donor John Sawazhki, the big fuel tank and 19 inch front wheel make this the desert model. The Griffon followed the Challenger and came a few years before Greeves went out of business in 1977. The last version of Griffon 380 used a redesigned 44 horsepower engine, and unlike earlier Greeves, most were made with telescopic forks. It is noted that the Griffon is about 20 pounds lighter than the famous CZ 360.

British inventor Bert Greeves got his vehicle design start around 1946 with a three-wheeler, the Invacar. The first was made for his disabled cousin, then he mass-produced the Invacar. Being a motorcycle enthusiast, he then focused on designing off-road bikes powered by the readily available Villiers 200cc two-stroke engine. The trials and scrambles machines which launched in 1954 were distinctive with their cast aluminum “I-Beam” down tubes on their frames and leading link forks. By the time this machine was manufactured Greeves had moved to conventional tube frames and telescopic forks.

Seeing that racing and winning might improve his bikes and sales, Greeves hired a series of great motocross riders, first Brian Stonebridge, then Dave Bickers. Greeves won European championships in 1960 and 1961. Soon Greeves began to appear in western U.S. desert and motocross racing; they were among the bikes to beat in the 1960’s.