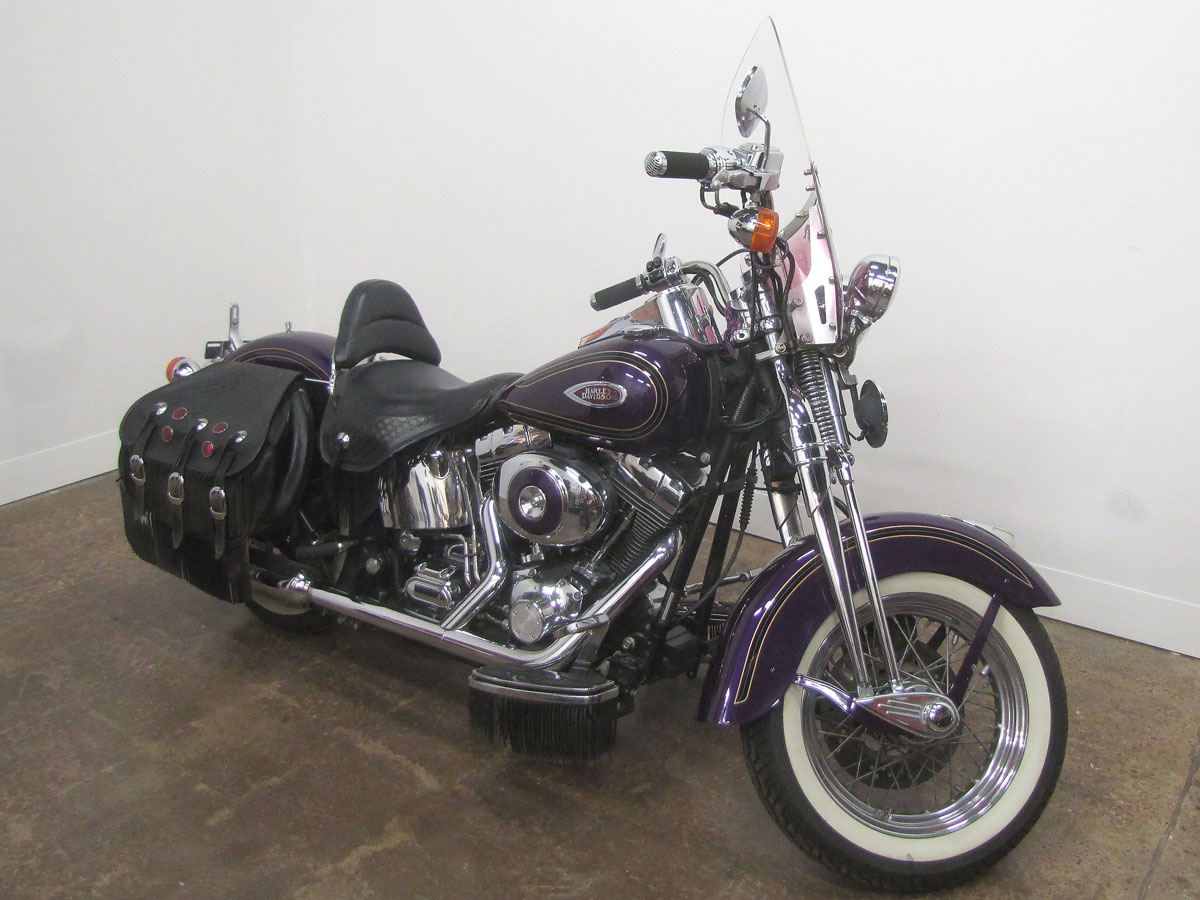 For 14 years this motorcycle belonged to Becky Brown, founder of the Women in the Wind international women’s riding organization. Then in 2015 Women in the Wind members acquired the bike, visited the Museum and donated the 2000 Harley-Davidson FLSTS. Brown rode the bike for nearly half of her then almost 39 year riding history, including during the years of her induction into all three of America’s motorcycle halls of fame; the National Motorcycle Museum Hall of Fame, Anamosa, Iowa, the Sturgis Motorcycle Museum & Hall of Fame, Sturgis, South Dakota and the AMA Motorcycle Hall of Fame, Pickerington, Ohio.

No motorcycle manufacturer knows the value of its classic designs better than Harley-Davidson. Harleys designed as many as 50 or 60 years ago remain the styling influence for 21st Century Harleys. The springer fork, a mainstay in Harley-Davidson suspension into the late 1940’s, and the big twin Knucklehead are the inspiration for the Springer Soft Tail introduced in 1995. In fact the Soft Tail design carefully hid rear suspension, springs and damping, under the motorcycle to preserve the appearance of the “rigid” Hydra-Glide and earlier Harleys. The Springer Soft Tail was all new, but carried the look of yesteryear, and Heritage is an apt name, Soft Tail a counter to “hard tail.”

Becky’s bike is part of the National Motorcycle Museum’s Women and Motorcycling display area which tells the stories of the many contributions women have made to American motorcycling. Apparel, motorcycles, awards and videos displayed there will help you trace the history of women’s involvement in motorcycling. This Springer Soft Tail represents just one of Harley’s chassis designs and over 70 Harley-Davidsons from 1908 to 2000 let you trace any number of Harley-Davidson design and engineering systems, all in one location.