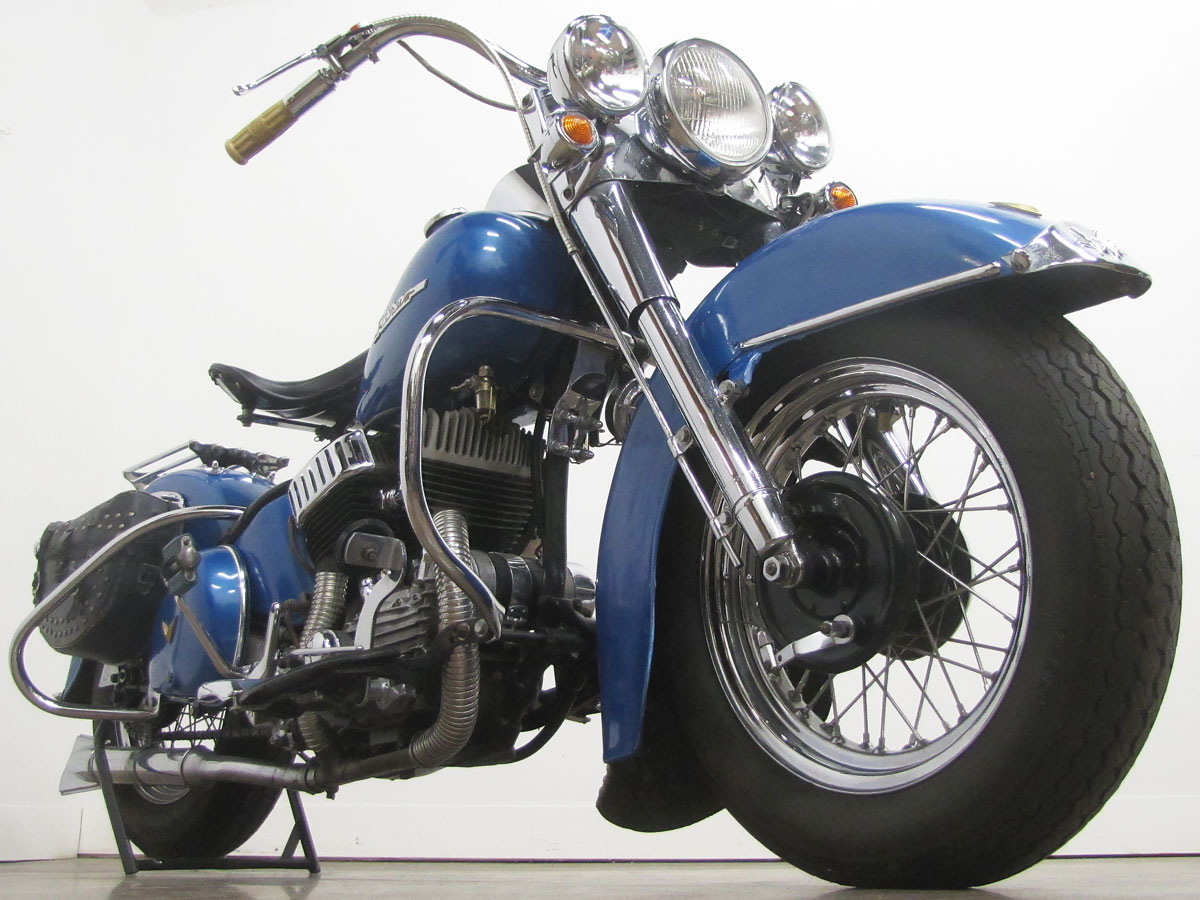 In spite of being made outside America, this week’s featured motorcycle resides in the area of the National Motorcycle Museum reserved for Harley-Davidsons. There’s no doubt that each year hundreds of visitors walk by it and miss entirely that it’s not a true Harley, or do a double take when they see a few styling details that don’t exactly say “Harley 45.” It seems illogical today that Harley would ever have manufactured their motorcycles in Japan about 80 years ago, but this was during the Depression and before Pearl Harbor. So looking for ways to make money during the Depression, Harley-Davidson licensed a Japanese company to manufacture “Harleys” in Japan. 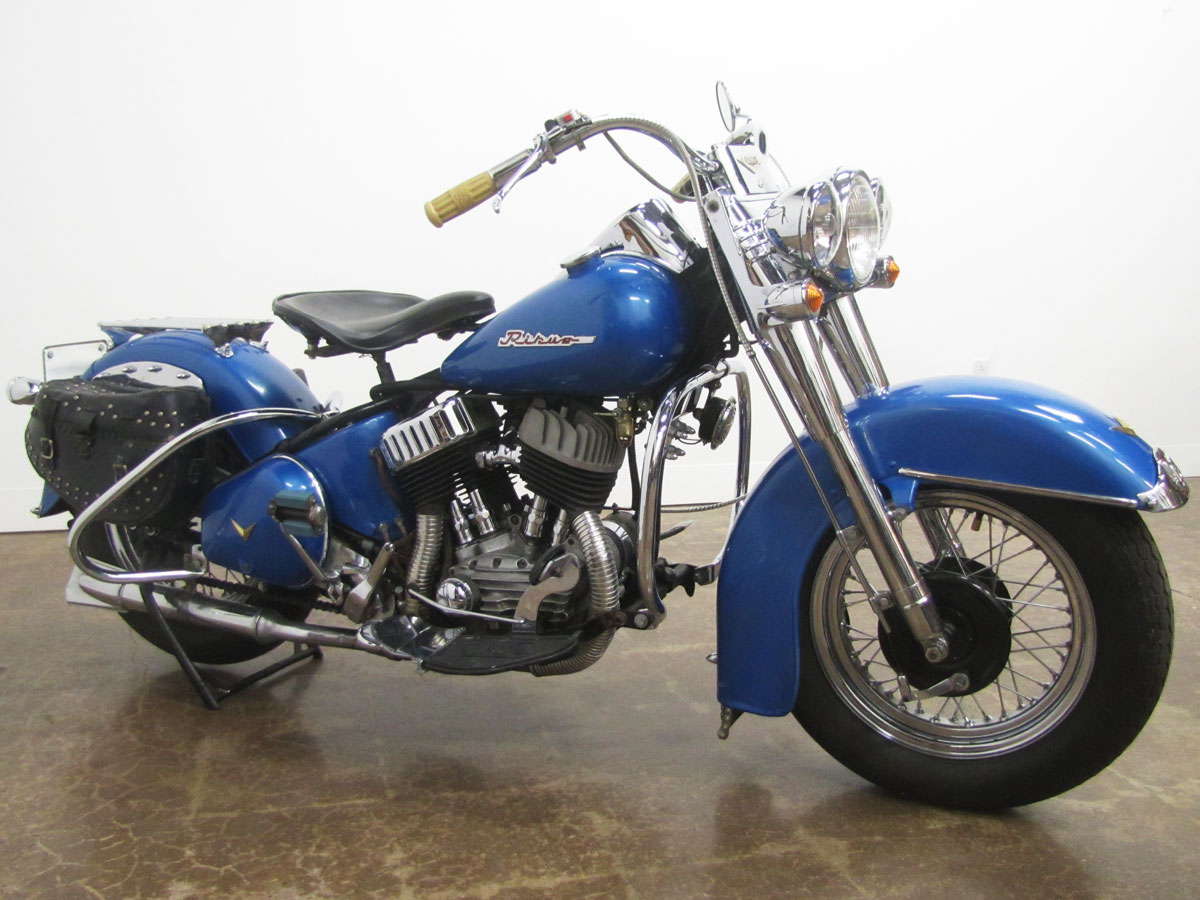 Today Harley-Davidson’s new motorcycle sales worldwide are around 250,000 units a year. Leading up to the Depression Harley had reached sales of about 40,000 motorcycles, which fell to about 4,000 in 1932, the height of the Depression. Manufacturing equipment sat idle in Milwaukee and Harley was losing its market in Asia due to a bad currency exchange rate. Similar to what world markets stepped into just a few weeks ago, at that time world trade was complicated by tariffs, exchange rates and other forms of conflict.

So, how did this licensing deal come to be? Around 1931 Harley-Davidson sent independent agent Alfred Rich Child to several Asian countries to try and set up manufacturing there, and he had some success. Using idle machines, tooling and engineering drawings provided by Harley-Davidson, bikes came off the assembly line at Sankyo Seiyako in Japan beginning in 1933. Through 1936 the agreement provided $32,320 in royalties which The Motor Company could use to develop new Harley-Davidsons, namely the first OHV V-Twin we now call the Knucklehead launched in 1936.

But the licensing agreement Child fostered expired in 1936, a few years before the beginning of World War II, though Rikuos continued to be manufactured by various Japanese entities in 45, 74 and 80 cubic inch versions, even three-wheelers, through 1962. Today the Rikuo, which means “Land King” or “King of the Road” in Japanese, remains an interesting piece of Harley-Davidson history and the bikes are sought after by collectors world-wide. When you visit the National Motorcycle Museum, you can compare the Rikuo to dozens of Harley-Davidsons from 1908 to 2003 and study many interesting design details that set it apart from other Flatheads.