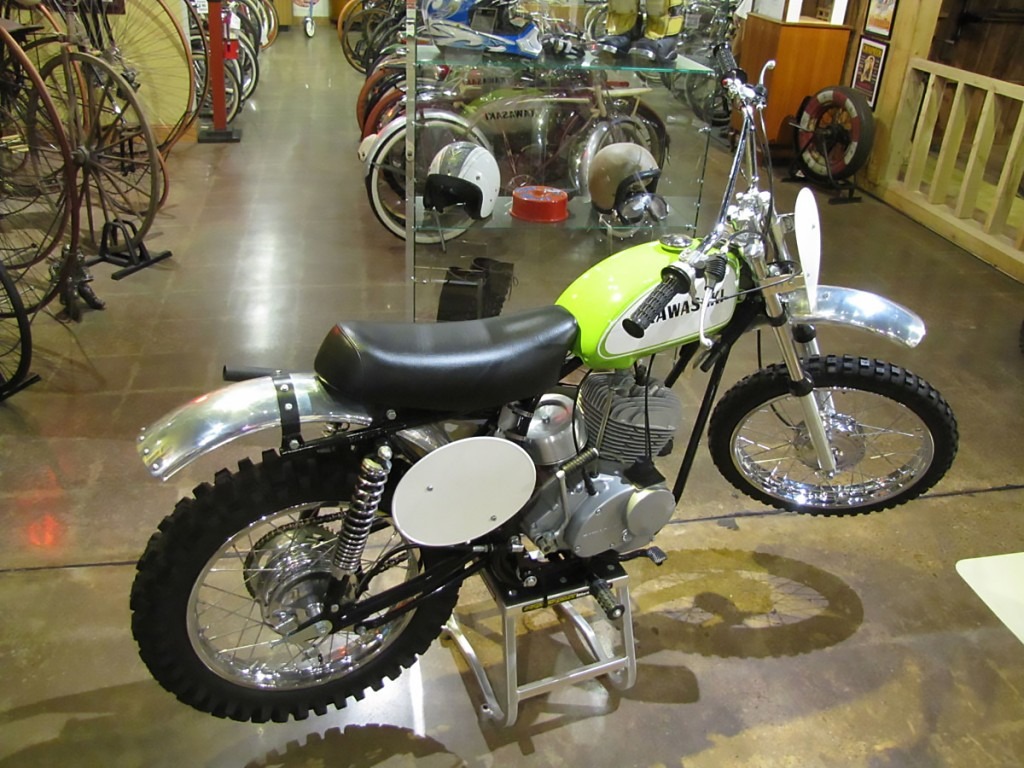 About the same time Yamaha introduced the DT-1 and offered a GYT Kit to convert it to a decent motocrosser, Kawasaki released to the American market its first semi-serious off-road bike. Kawasaki intended the F21M for TT and flat track racing, but soon it showed up on motocross tracks and in desert racing in California as well.

Typical of two-strokes from Japan at this time, it was wickedly peaky and had a marginal chassis and suspension. Early F21’s were red with the wing tank emblems typical of Kawasakis in the 1960’s. Given its second version paint scheme and hot motor, the name Green Streak was a natural; this was the first Kawasaki available to the public with the trademark Lime Green paint.

Comparatively, Suzuki was producing the very serious RH-67 and RH-68 and in late 1967 brought the limited production TM250 to America. Honda seemed to refuse to accept that the two-stroke engine was the way to MX success and had nothing better than the dual-sport SL350 until the CR250M Elsinore hit in 1973. Seeing the emissions writing on the wall, Yamaha started prototyping the four-stroke YZ400F in 1997 and now almost all MX bikes are four-stroke.

On Loan for Exhibition from Moto Armory, East Moline, Illinois