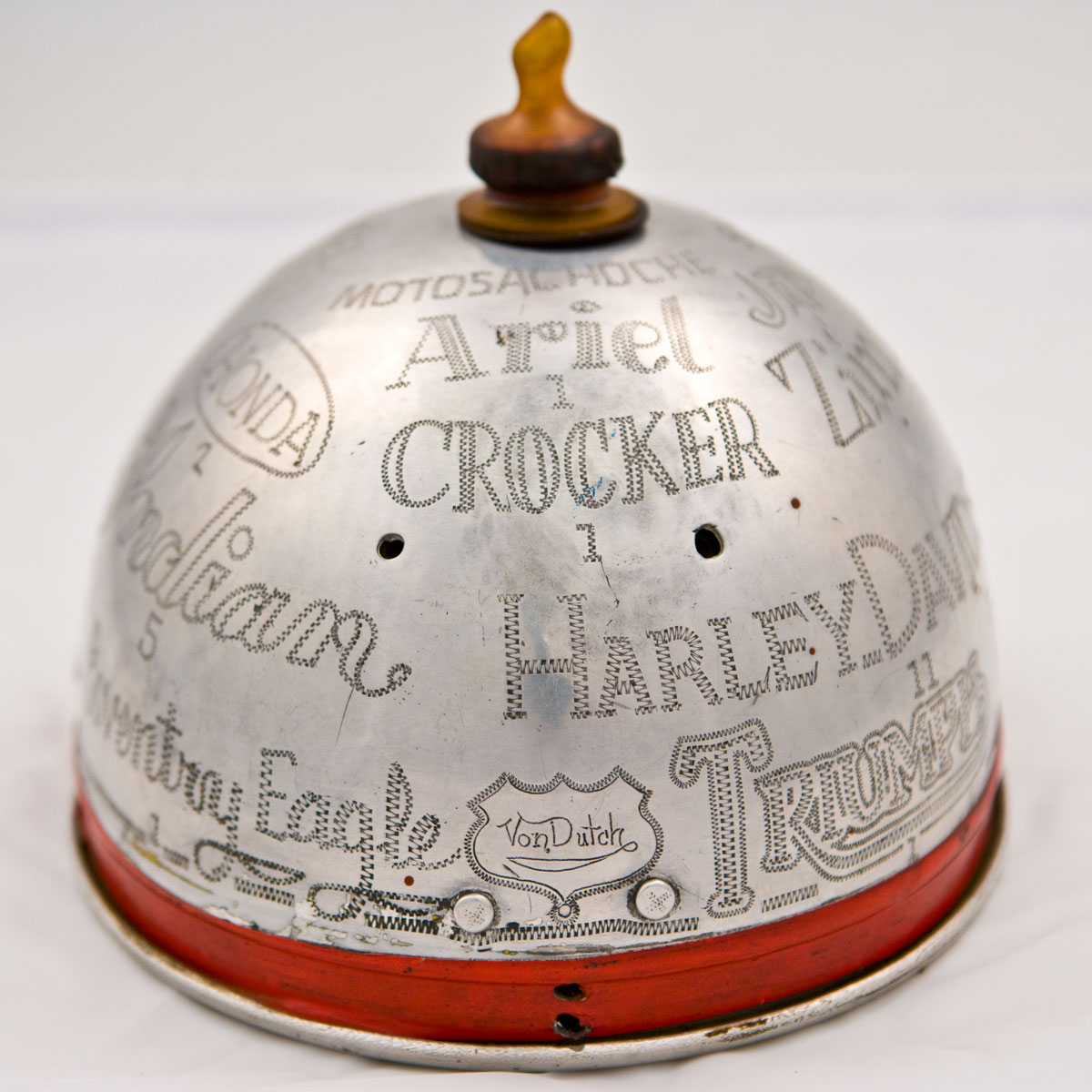 Given about 50 years have passed and a lot has gone down, it’s difficult to get a real grasp of the time and place that Kenny Howard, aka Von Dutch, occupied in California. The love of the motorcycle and automobile in California made a rich medium for experimentation and exchange of ideas. Often at the cutting edge, most of us in America learned what was going on on the West Coast in the 1950’s and 1960’s through magazines and the touring custom car and motorcycle shows.

One man who was remarkably talented and stimulated stood out and was given the nickname Von Dutch by his family, insinuating his stubbornness. Kenny Howard grew up the son of a sign painter in the days when you used special sign painter’s brushes and specially formulated enamel, not digitally cut vinyl. It is said that by the age of ten, young Kenny had become a proficient sign painter, at 15 was striping bikes at a bike shop he worked at and around 20 years of age was pin-striping cars alongside famed car customizer Dean Jefferies. Pin-striping and creations in paint and sculpture like the Flying Eyeball remain most notable among Von Dutch’s works.

But Von Dutch was also a metalsmith and fabricator and a very skilled engraver. He reworked guns, made knives, both sometimes highly decorated with engraving. As a motorcycle and car builder/customizer, in a moment of ultimate expression, he assembled this aluminum helmet using an aviator’s leather cap as a liner. Likely beginning with his “logo” on the back, over time Dutch engraved the brands of motorcycles he’d owned into its surface. Later the baby bottle nipple was added as a comment on the California helmet law. It’s said that he could park his motorcycle, leave this helmet on the seat figuring no one would even dare steal a member of Kustom Kulture’s work!

In his circle of friends and acquaintances, the helmet was known as his prized possession. With his death in 1992 at the age of 63, it passed to a good friend and was eventually sold at auction at the Petersen Automotive Museum along with a variety of Steve McQueen-owned items. It’s now on loan to the National Motorcycle Museum. When you visit the Museum you can also take in a fine custom Triumph, built by Bud Ekins and painted by Von Dutch, plus a variety of sculptures and other art Von Dutch created over the years.