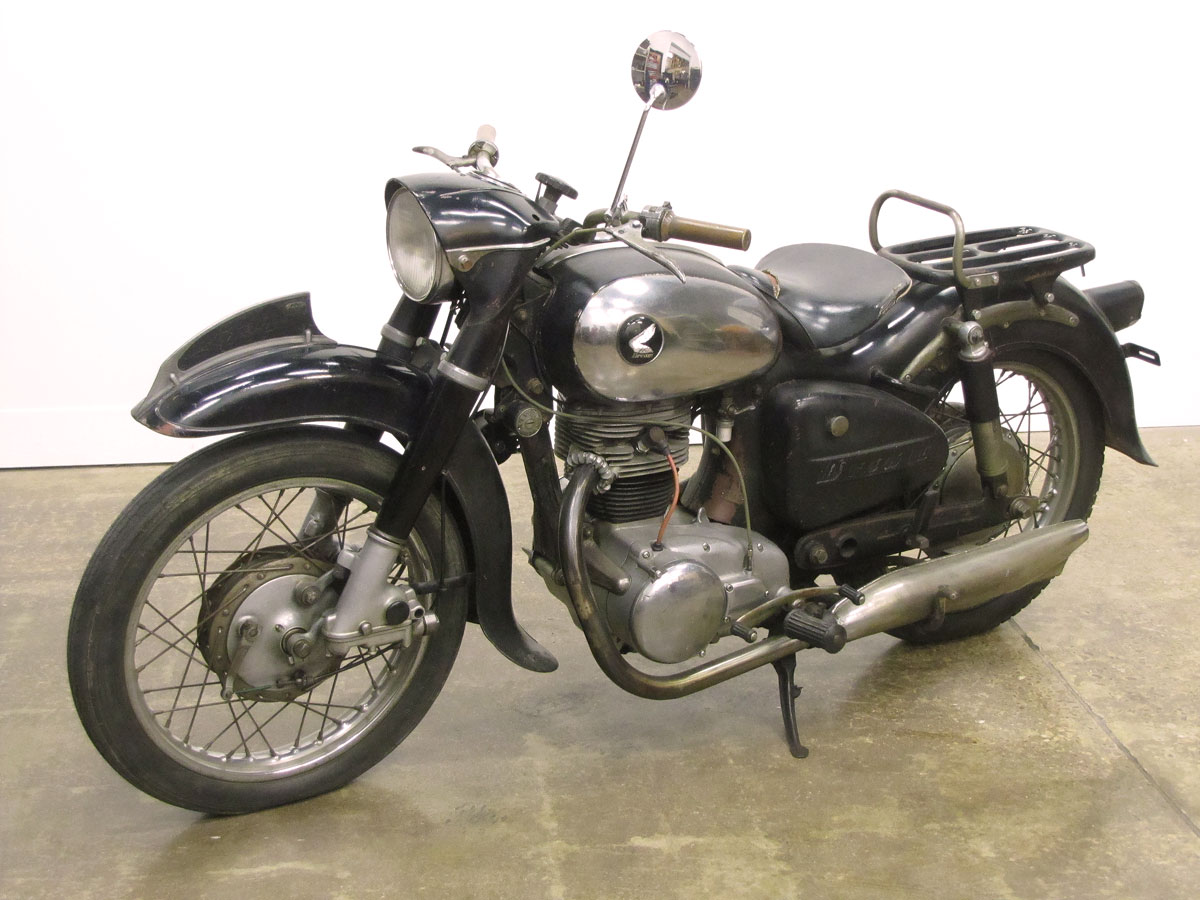 Manufactured just a year before Honda distribution began in the United States of America, European critiques and magazine editors felt this single cylinder overhead cam 250cc displacement machine finally put Honda in a class with the rest of the world’s motorcycle makers.

Today known for its range of twins and multi-cylinder engines, designing singles as off-road/MX powerplants, and for entry level bikes, the 1957 ME was Honda’s final sophisticated touring single. The next range, the C70 was a parallel twin, overhead cam design that would carry Honda through the 1960’s and 1970’s.

Being as rare as Honda ME’s are, even today long time motorcycle enthusiasts marvel at the design Honda achieved in the late 1950’s. So much more graceful and better detailed, from the leading link fork to the graceful tank and mufflers, the Honda ME invites the eye to study it. And while keeping the pressed steel backbone frame, Honda departed from German tradition and curved the frame down under the seat permitting lower seat height. After Honda’s experimentation on the first J models with the engine attached to the swing arm, rocking with the motion of the road, the ME went to a conventional stressed member fixed engine and swing arm design. Honda’s leading link fork design was similar to those of Douglas, NSU and other European makers.

Just ten years earlier, Honda was making the simple utilitarian Type A Bicycle with clip-on engine. In this period Honda moved away from what many Japanese then called “smoky two-strokes” toward a competition-beating OHC four stroke engine. Forward thinking and against the grain of his Japanese competitors Suzuki, Yamaha and Kawasaki, the four stroke engine was used exclusively until Honda released its first two-stroke of modern times, the 1973 CR250R Elsinore motocross racer.

When you visit the Museum, compare the Dream ME in the grouping of four pre-1960 Hondas with later models also on display; Honda CA77 Dream, CB77 Super Hawk and CL77 300 Scrambler.