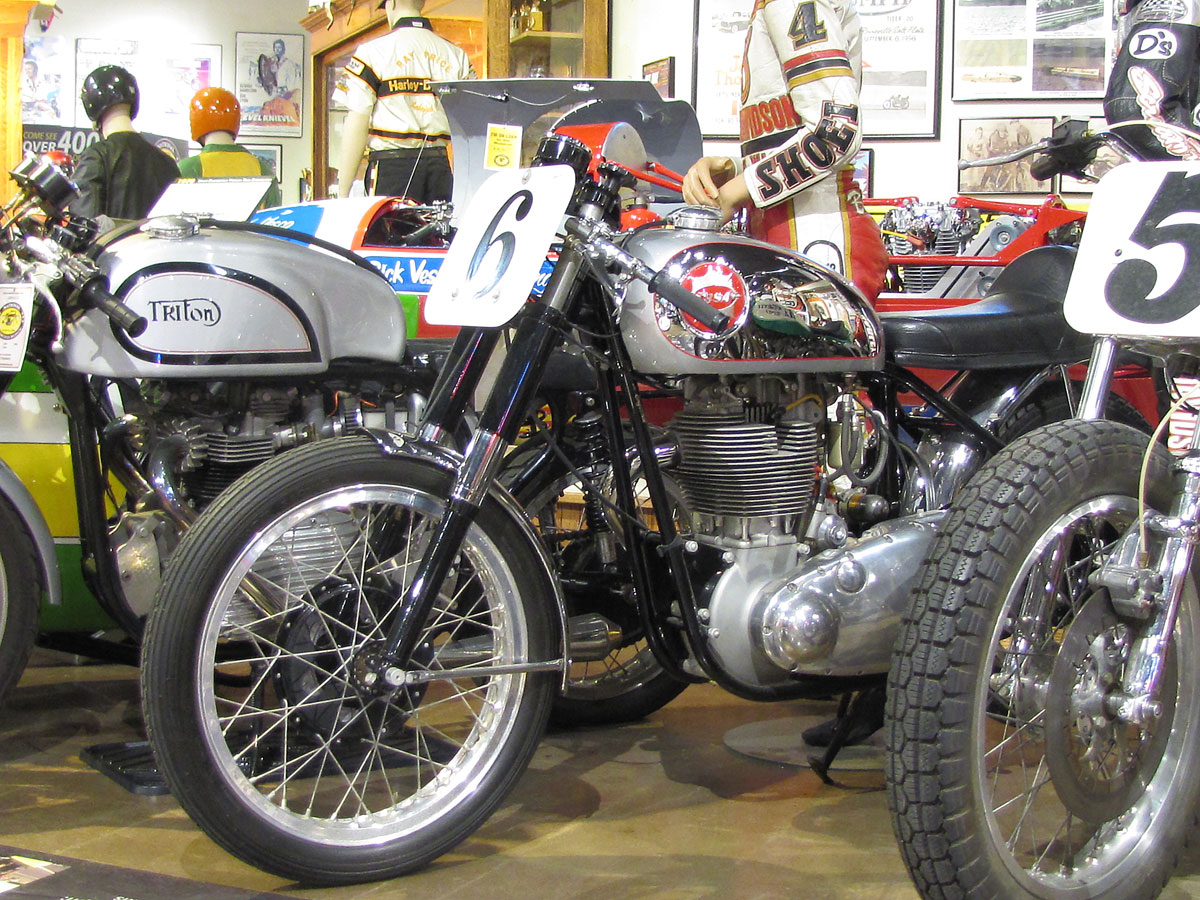 The BSA Gold Star is the epitome of the fast and nimble British single, one of the original “sport bikes” adaptable to many forms of competition.

BSA’s famous Gold Star line of motorcycles was named after Wal Handley’s BSA 500cc “Empire Star” was awarded a gold star medallion in 1937 at the famous Brooklands Race track due to its top speed of just over 107 mph. Handley’s bike was a prototype, tended by BSA factory mechanics. It signaled BSA’s quiet work to build a hot new sporting single. Named for Handley’s award, the Gold Star became part of the regular BSA lineup in 1938.

While dominating road courses like the Isle of Man and other races in England, in America the Gold Star ran rigid frames for dirt track competition and swingarm rear suspension for its road racing work. It became a frequent winner on the AMA Grand National Championship trail. Run on the beach in 1954, BSA’s new 500cc A7 twins and Gold Stars swept the first five spots. While most of its victories were on the dirt, it was a great pavement racer, especially on the tight circuits, where its superb handling helped keep it ahead of the more powerful Harley-Davidson KR750. Dick Mann and Jody Nicholas both claimed victories at the legendary Laconia National in 1960 and 1963. Nicholas notched a second win in 1963 at the Carpentersville, Illinois GNC.
This motorcycle was restored by Dick Klat as a tribute bike to famous California racer Chuck “Feets” Minert, and closely resembles factory BSA Gold Stars of the 1960’s.

On Loan to the National Motorcycle Museum from Don Rosene, Alaska