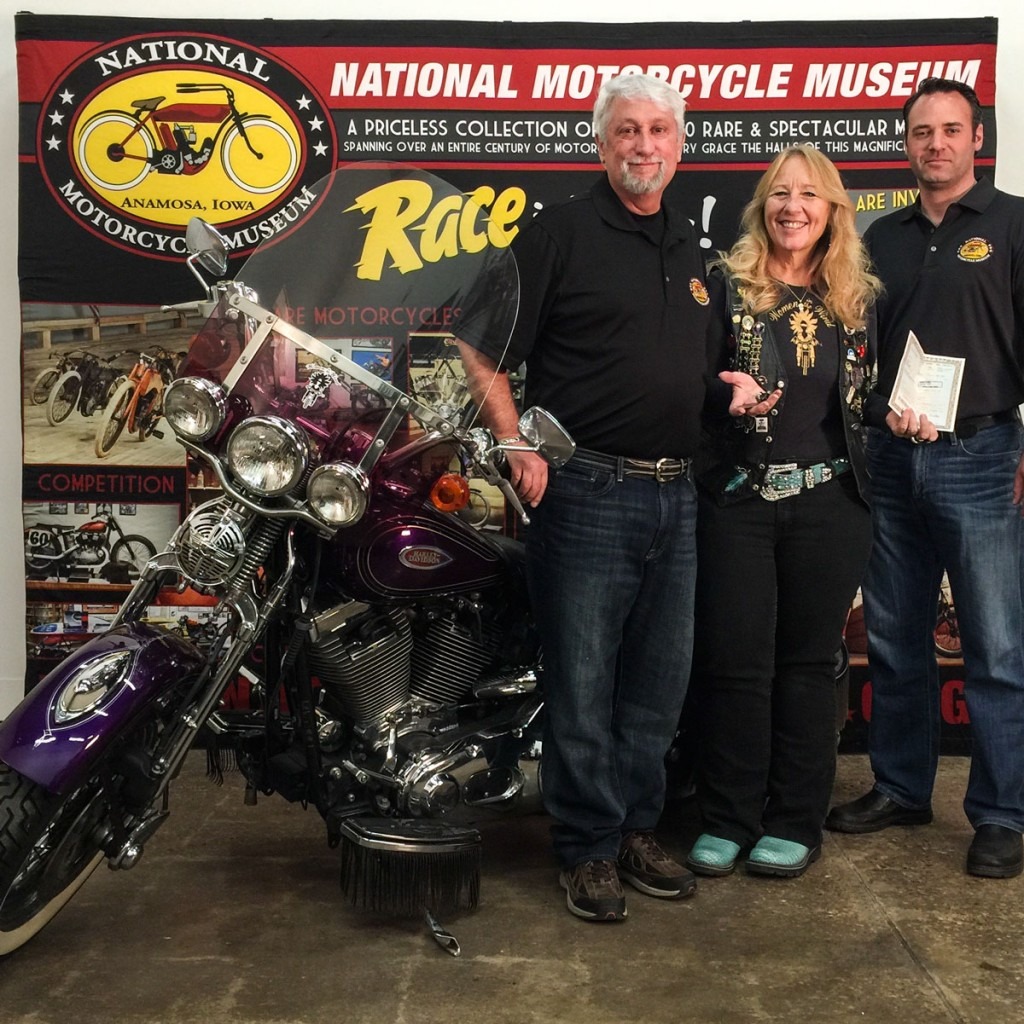 Women in the Wind, the largest women’s motorcycle organization of its kind, visited the Museum on April 16 and delivered WITW founder, Becky Brown’s personal 2000 Harley-Davidson FLSTS, a Heritage Springer Soft Tail in purple.  Brown rode the bike for 14 years of her almost 39 year riding history, including during the years of her induction into all three of America’s motorcycle halls of fame; the National Motorcycle Museum Hall of Fame, Anamosa, Iowa, the Sturgis Motorcycle Museum & Hall of Fame, Sturgis, South Dakota and the AMA Motorcycle Hall of Fame, Pickerington, Ohio.
As Women in the Wind is beginning their  37th year the club officers feel there is no better way to promote and celebrate women riders than to have a permanent display in the Museum of their founder’s bike. Says Becky, “I was both humbled and proud when current officers of WITW came up with the idea of purchasing and donating my bike to the museum. I now know that my many years of work and loyalty promoting women riders will be forever remembered.”
Becky’s bike will be placed in the Women and Motorcycling display area which tells the stories of the many contributions women have made to American motorcycling.
https://nationalmcmuseum.org/wp-content/uploads/2015/04/Becky-John-and-Jeff-Skinny.jpg 349 700 wedadmin https://nationalmcmuseum.org/wp-content/uploads/2018/04/NMM-LOGO-500x386.png wedadmin2015-04-22 11:14:482018-09-25 20:11:16Women in the Wind Donates Founder’s Motorcycle to the Museum
3 replies