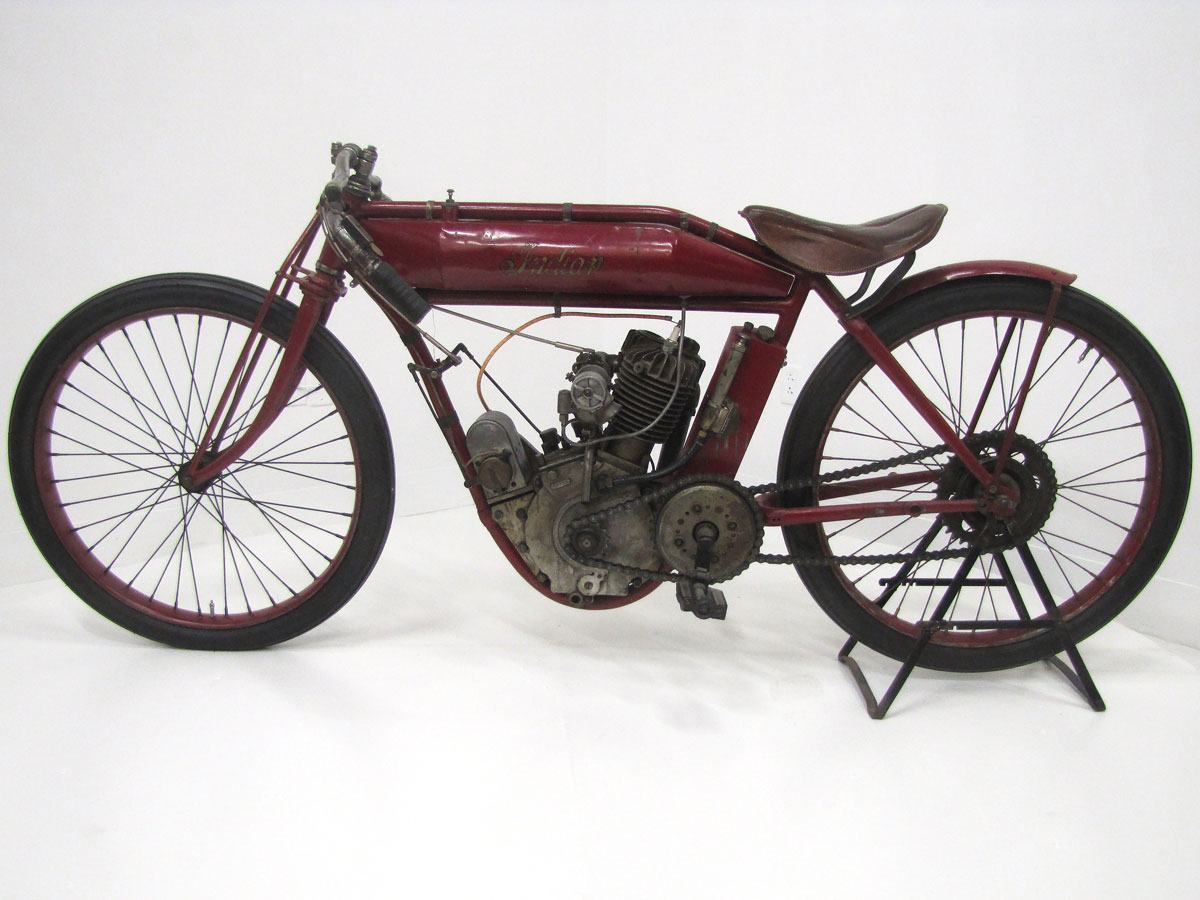 Authentic documents show that dirt track racer Dewey Simms created this bike using a mid-‘teens frame and a 1919 Indian Daytona V-Twin engine. But he blocked off one cylinder so the bike could compete with other 30.50 machines, 500cc bikes. In the photos at the end of this story you can compare the engine in this racer to the standard V-Twin Daytona Racers in the Board Track Racing display at the Museum.

Factory competition was fierce and expensive in this pre-Class C era. As long as the machine was of the class displacement anything could be raced, hand built or serial production. Using a state of the art Daytona side-valve engine, Simms assembled a dropped factory racing handle bar, narrow unsprung race forks, a ‘teens frame and wheels and built a competitive machine.

The full loop style frame lowers the engine and rider for better handling. Controls include spark advance and compression release, both controlled via the twist-grips, also a throttle and a kill switch. Racing carburetor design made engines work best wide open. The rider had to work the pump on the oil tank every so often to send a charge of lubricant to the main bearings. As with this machine, racing machines of the era ran power through a “jack-shaft” which allowed for some gear reduction.  Rider accommodations were minimal; the seat is not sprung and fork and frame are a rigid design. No brakes were allowed on dirt and board track bikes until the 1960’s by F.A.M. and later, AMA rules.

This storied Indian racer is on loan from Dave Ohrt of Iowa. It is currently displayed as part of the Early American Transportation INNOVATION exhibition featuring numerous rare early motorcycles, bicycles and cycle cars plus the 1911 Steco bi-plane.