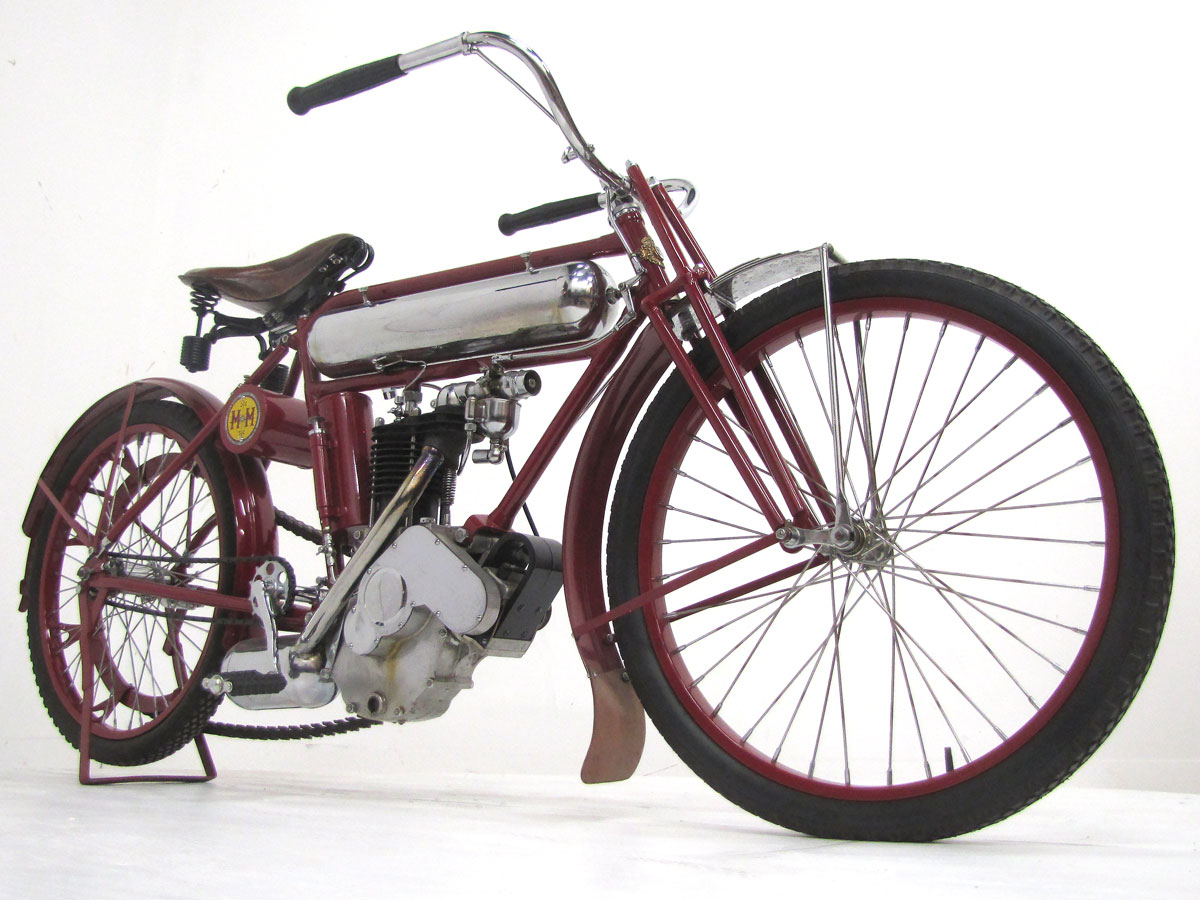 The man credited with being the first to invent the term “motor cycle” was Charles H. Metz. He used the term in an 1899 advertisement for his Orient, which is also considered by some as America’s first mass-production motor powered cycle. The 1910 Marsh-Metz was a traditional belt drive machine with sprung seat and leaf-spring leading link fork. Polished engine cases and liberal use of nickel plating and red paint make it gleam. Sophisticated rod and bell-crank controls are similar to what Indian used early on.

The Massachusetts bicycle maker Waltham Manufacturing Company was founded in 1893 by Charles H. Metz. The name of his first machine was the Orient-Aster, or the Orient. The French-built Aster engine Metz sourced was a copy of the DeDion-Bouton which also influenced others in the era like the Hendee-Hedstrom team that was Indian Motocycle Company. The French were advanced in their internal combustion engine design, and their work can also be seen in the seven cylinder rotary engine in the STECO aircraft powered by a Gnome-Omega engine from 1909.

The official public debut of Metz’s Orient took place on July 31, 1900 when Metz launched his motorcycle at the Charles River Race Park in Boston. The Orient won that first officially recorded American motorcycle speed contest. Four years earlier in 1896, Sylvester Roper had tested his second steam cycle on this same course and died while riding his machine.

Waltham watch designer David Marsh joined with Metz in 1905. Their company became the American Motorcycle Company and Marsh-Metz, or M-M was born. As early as 1905 M-M built 61 cubic inch, 1000cc 90 degree V-Twins, but some documentation shows Metz making a 500cc v-twin racer in this same era.

But competition was strong in the era and in 1923, after declaring bankruptcy, M-M was liquidated.