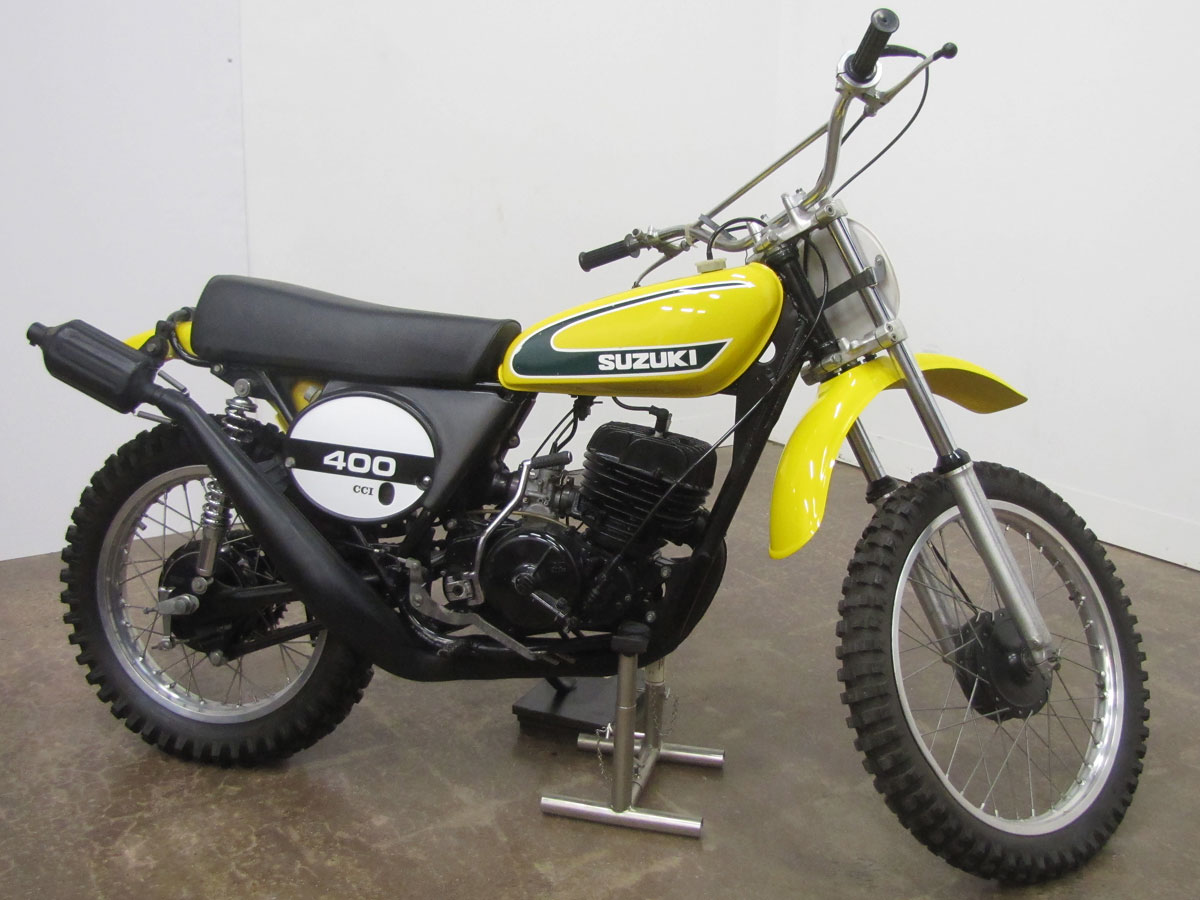 By 1974, Suzuki had already been through five production seasons of motocross bikes, had launched the TM400 Cyclone in 1971. Suzuki’s foray into production motocross machinery began with the rare blue and silver 1968 TM250, a twin port machine largely based on the CZ twin port design. Launching an open class machine really got the attention of American riders especially since Suzuki mounted Joel Robert and Roger DeCoster had just won the 1971 250 and 500cc World Championships. Yes, soon after these wins, customers expected a production machine very similar to Robert’s championship machine design, the RN71.

But the new for 1971 TM400 with its “feather trigger” power band and unforgiving handling proved to be unrideable for all but the best racers. The bikes had also come in quite heavy, were prone to frame breakage and engine failure. So tuners tried heavier flywheels to smooth power delivery. They even relocated the engine down and a bit forward to improve handling.

So this open class Japanese motocrosser goes down in history as a bike with a peaky motor, poor suspension and a bit too much weight. But over time the Japanese makers figured it out and competed strongly against the dominant European makers Husqvarna, Maico and CZ. Their dealer networks were larger, prices a bit lower and the machines mechanically more dependable. All of these things help motocross grow, introducing tens of thousands of young Americans to the sport.

This TM400 was donated to the National Motorcycle Museum by the late Tom White famous for his White Brothers motorcycle parts and accessory company and later in life his Early Years of Motocross Museum in southern California. Once part of the recent temporary exhibition DIRT RIDING USA, it’s now on display with other great off-road machines.