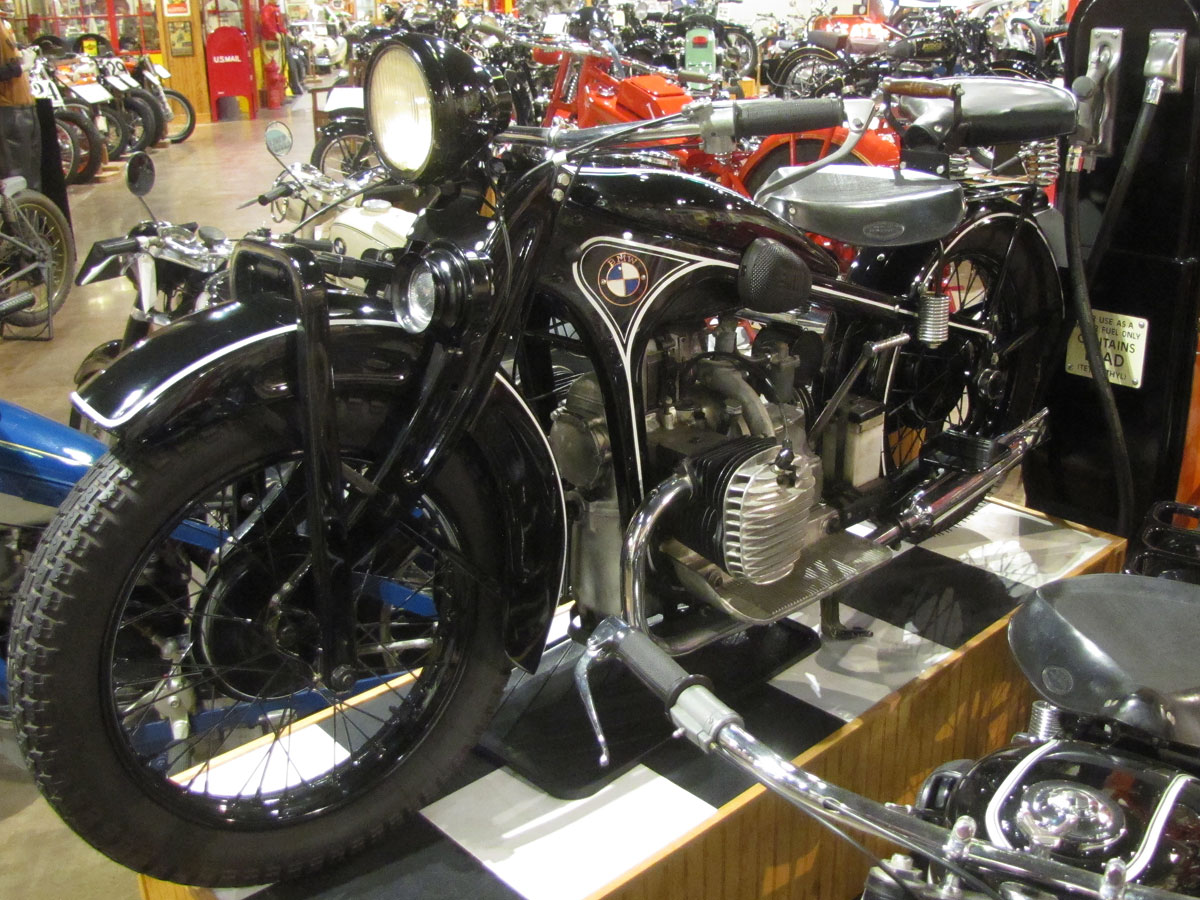 In the years leading up to 1921, a couple of years before BMW began to make motorcycles in 1923, they were supplying “boxer” twin engines to airplane as well as other motorcycle manufacturers.

Max Friz was the Chief Design Engineer starting with the company, Bavarian Motor Works at its inception in 1916. Friz’s focus was designing aircraft engines. But then he helped engineer the new model R32 motorcycle shown at the 1932 Paris Motor Show. The R32 had its opposed twin engine mounted with its crankshaft in line and used a three-speed transmission through an open drive-shaft. The engine featured sealed lubrication, was not “total loss” like most manufacturers were still using. Over time five versions of the R11 were made with this machine, a 1934 model, being the final.

A little early BMW chassis history: Continued development had brought the introduction of the interesting pressed steel frame in 1929. In 1935 the telescopic fork replaced the leading link fork for the new R12 and R17, but just for awhile. In 1936 came the tubular frame and in 1938 the telescopic, or “plunger” rear suspension. In 1955 the traditional swing-arm design frame became standard for all production street bikes. This was about six years after Norton began experimenting with it on the Manx road racer. And so many, but not all BMW design elements were set for decades to come.

The origins of BMW are now almost 100 years old. While their motorcycles seem similar over time; black paint/white pinstripes, shaft drive, many “boxer” engine designs, plunger rear suspensions with leading link forks, we might think, there are interesting innovations along the way. And while they now seem incredibly successful, two European wars, a national depression and a period when their machines were outdated and slow sellers in America, BMW surmounted these problems. Their sophisticated design work even includes “making” niches, such as “adventure touring,” and one could argue BMW offered one of the original “sport touring” bikes. And borrowing from others in the industry they developed across the frame four and six-cylinder machines in the last 15 years or so.

The National Motorcycle Museum has many fine European motorcycles including classics like this fine 1934 BMW R11 from the Jill and John Parham Collection. The R11 is truly a machine to kneel beside to take in its unique details, imagining it on the drawing board over 80 years ago.

Due to the location on an elevated pedestal, the photos of this week’s featured bike were taken in place in the Museum.