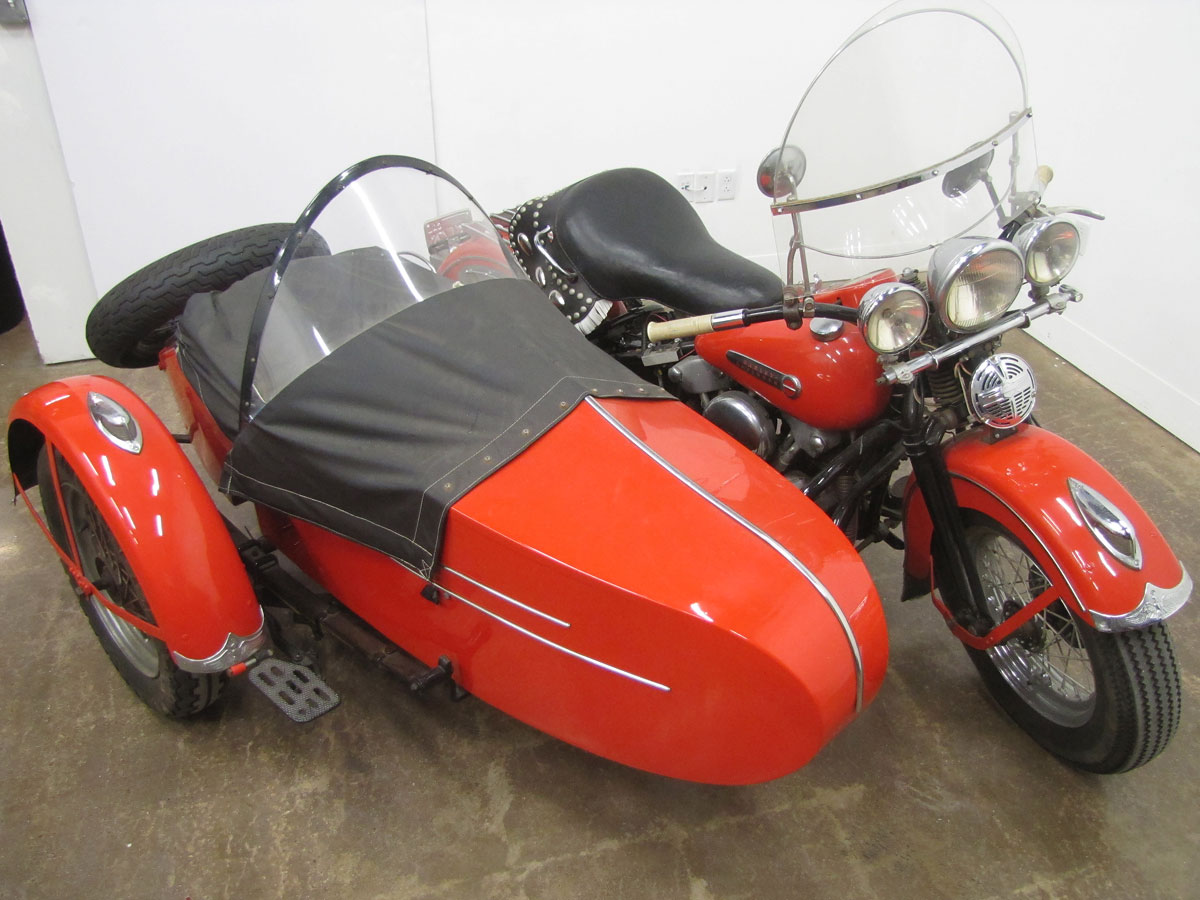 Except for their limited production racing machines, at the beginning, Harley-Davidson built only inlet-over-exhaust and then side-valve powered motorcycles for a little over twenty years. They first experimented with overhead valve engines in smaller single-cylinder bikes like the BA; this 350cc single was popular in export markets. But in 1936 dealers and customers welcomed their first big twin overhead valve bike. Considered more efficient and durable, the 61 cubic inch EL and later 74 cubic inch FL had remarkable styling; to this day the Pre-War ELs and FLs are widely appreciated.
How did the new big twin work? By comparison, most records show a 1917 J model produced about 16HP, a JD about 24HP, the JDH about 29HP, the VL about 30HP. But the first EL was up to 40 horsepower. Of course, in that time the bike’s weight went from about 350 pounds to 565 for that 1936 EL, or Knucklehead as they became known decades later. Still, American riders craved the torque and the highway-ready massiveness of this machine, great for two-up riding. In general, today’s big twin Harley-Davidsons have quite a bit in common with the original EL, and changes were gradual.
Frank Webb was a man who was taken by these first OHV Harleys, but waited until 1948 to buy a 1947, the year after the Knucklehead went out of production. (In 1948 the ELs and FLs got new heads with an enclosed valve train, bikes we now call Panheads.) Some time later, Frank located a sidecar for his EL and still later using its original parts restored the whole rig to its original bright red.
Though Frank is a resident of Southern California, one day he visited the National Motorcycle Museum way out in Iowa. Already about 92 years of age, Frank got a chance to sit down and talk with the late John Parham about the Museum and his Knucklehead. Everyone wonders what will happen to their cherished motorcycle when they leave the face of the earth. Frank came away convinced the Museum would be a good place for his 1947 Knucklehead sidecar rig and set the donation process in motion. Some of Frank’s original riding gear came with the bike; at 95 years of age he decided to give up riding. The bike arrived Tuesday, February 13, 2018 and is here for you to enjoy along with half a dozen other Knucks from 1937 up to Frank’s 1947, and dozens of other Harleys, older and newer.
Specifications: