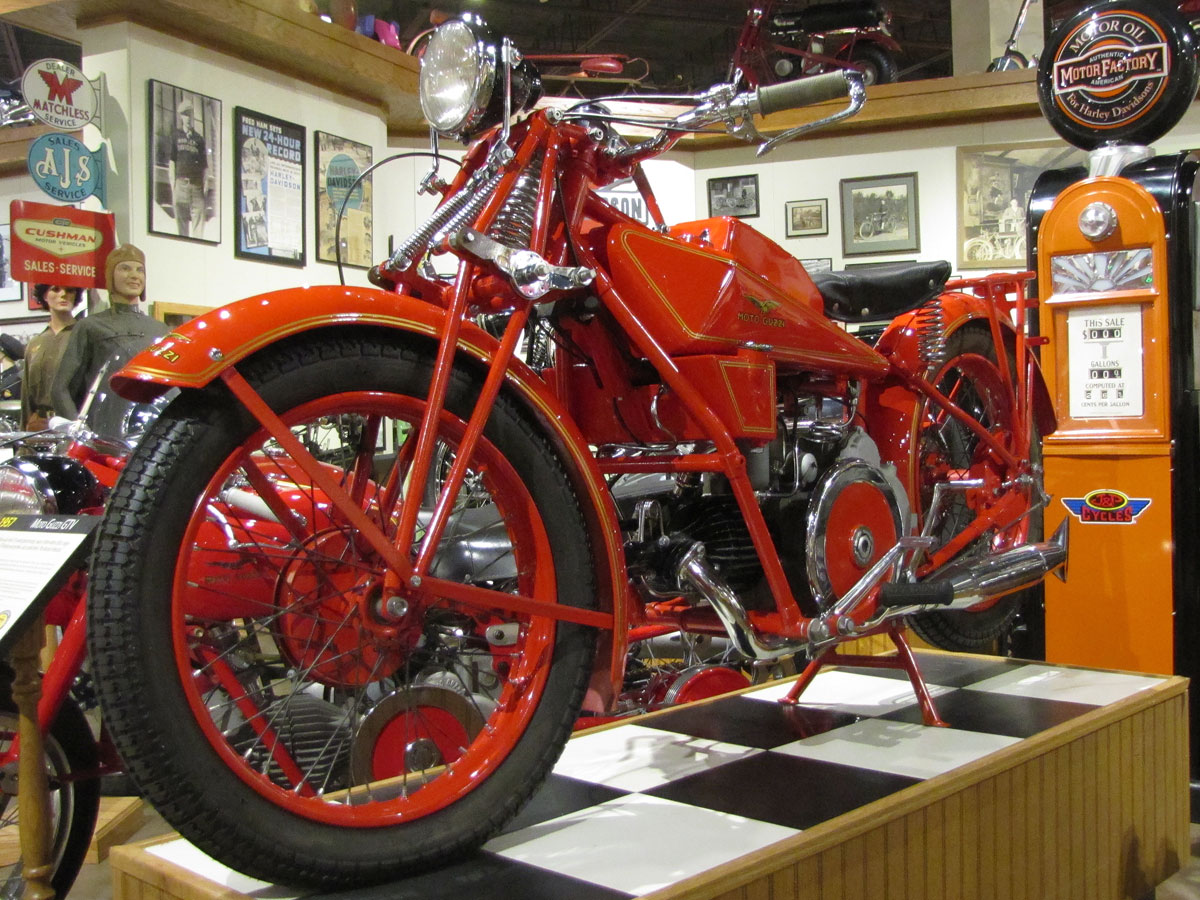 Red seems to be the motor-color of Italy, a favorite color of Moto Guzzi and Ducati, certainly Ferrari and Alfa Romeo. So in striking red we bring you this nearly 90 year old design from Moto Guzzi, the famed Italian motorcycle company which was formed in 1921.

Giorgio Parodi and Carlo Guzzi, World War I veterans and mechanics, formed Moto Guzzi in 1921. Most single cylinder engines of the time used a side valve vertical cylinder, or were side-valve v-twins. Moto Guzzi’s designs were an unusual horizontal cylinder with exposed overhead valve layout often incorporating “hairspring” valve springs. Also unusual was their design which put a large flywheel on the outside of the engine, which after a time earned the motorcycles the “bologna slicer” or “bacon slicer” nickname. Moto Guzzi introduced its first rear suspension system in 1928, and early on used what we now call “upside down forks” on later models.

As with most auto and motorcycle innovators, Moto Guzzi almost immediately began designing, building and competing with racing motorcycles as a form of advertising. Winning and placing well in numerous races, over time they took eight Gran Prix championships and won 11 Isle of Man races, along the way developing a V8 grand prix engine! Also thinking of the broader needs of their countrymen, much like Cushman they innovated three wheel trucks which worked well in the tight quarters of old Italian cities and in factory compounds.