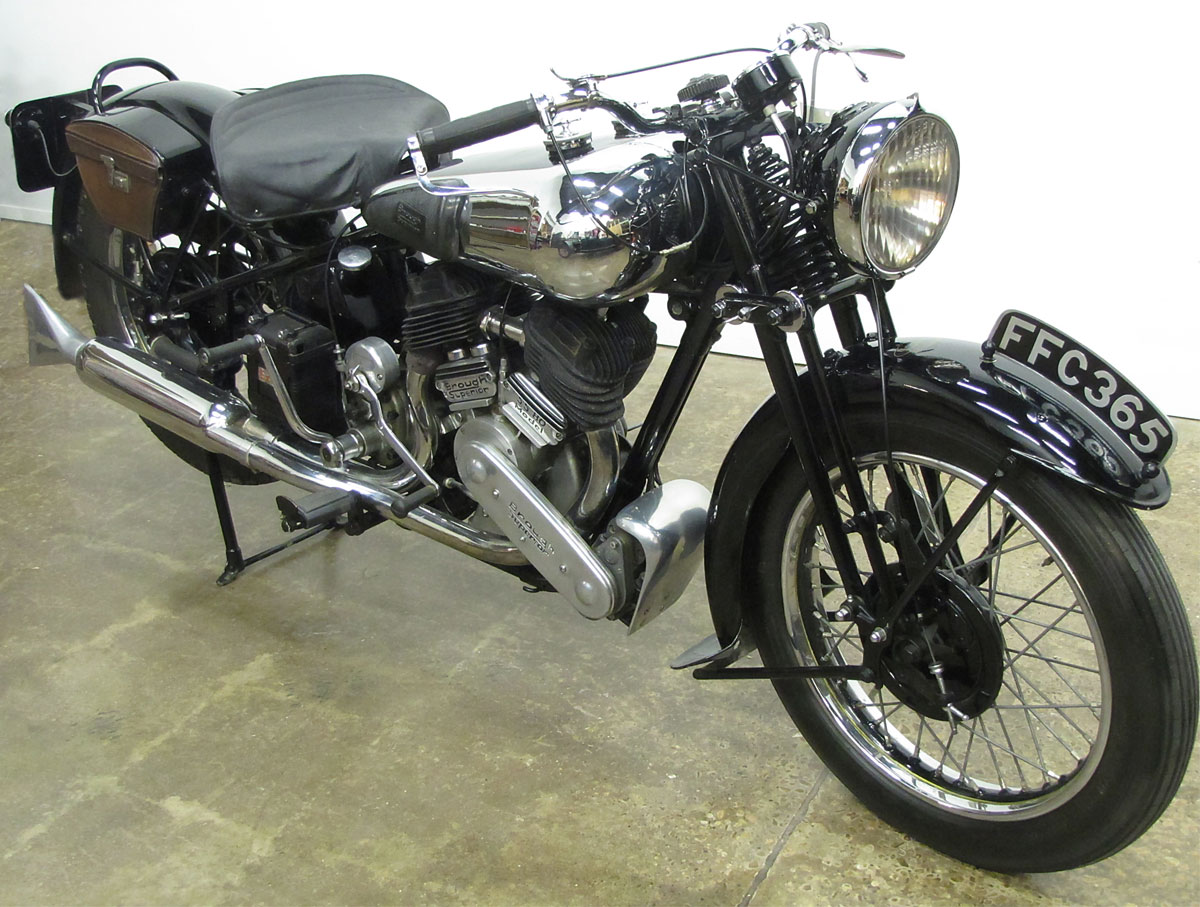 Elegance, performance and limited production are what have made Brough (pronounced like “bruff”) motorcycles world renowned as the best out of England and Europe before World War II; most would say they were the best in the world at the time. George Brough, the son of W.E. Brough, raced his father’s motorcycles, then went on to make his own, eventually dubbing them Brough-Superiors. George Brough’s personal SS80 became the first flat-head production motorcycle to hit 100 mph while lapping at Brooklands. Yet it was no scruffy racer; he nicknamed it “Spit and Polish” for its concours finish.

The SS80, so called because it was a Super Sports model that was guaranteed to exceed 80 mph, was designed and first built in 1920 with the John Alfred Prestwich, or J.A.P., 988 cc side-valve or flat-head, V-twin engine. In fact, over the years Brough manufactured few components in-house but rather sought the best engines, transmissions, hubs, at one point even adapted Harley-Davidson forks and made motorcycles most would agree were “better than the sum of their parts.” Such was its sales success that when the bigger SS100 was launched in late 1924, it was able to continue profitably in production through to 1939. And tracing Brough design history, it’s interesting to see the wide range of engines, even chassis layouts Brough experimented with. “Boxer” and in-line fours were used in prototypes. A recent auction brought to light a three wheeled prototype for sidecar work that used a pair of wheels at the rear just inches apart!

In 1935, the J.A.P. engine was substituted for the 982 cc Matchless V-twin albeit with a Brough designed and modified bottom end and special camshaft grind, as George sought greater perfection and stronger performance. Over the years, total production of just over 1,000 units was almost equally split between J.A.P. and Matchless-engine machines. This example has the Matchless motor. By 1935, Matchless owned both AJS and Sunbeam and was also, at the time, the sole engine supplier to Morgan for their three-wheeler sports car of which an example lives at the National Motorcycle Museum. Broughs were made from 1921 to 1940 with World War II halting production. Since Brough relied on other makers for engines and temporarily there were few after the War, George Brough’s company ceased production permanently. Capitalizing on a great history, much like Polaris has done with Indian, today a firm with rights to the name is once again building Brough-Superiors, thoroughly modern motorcycles which bear an outward resemblance to the originals.