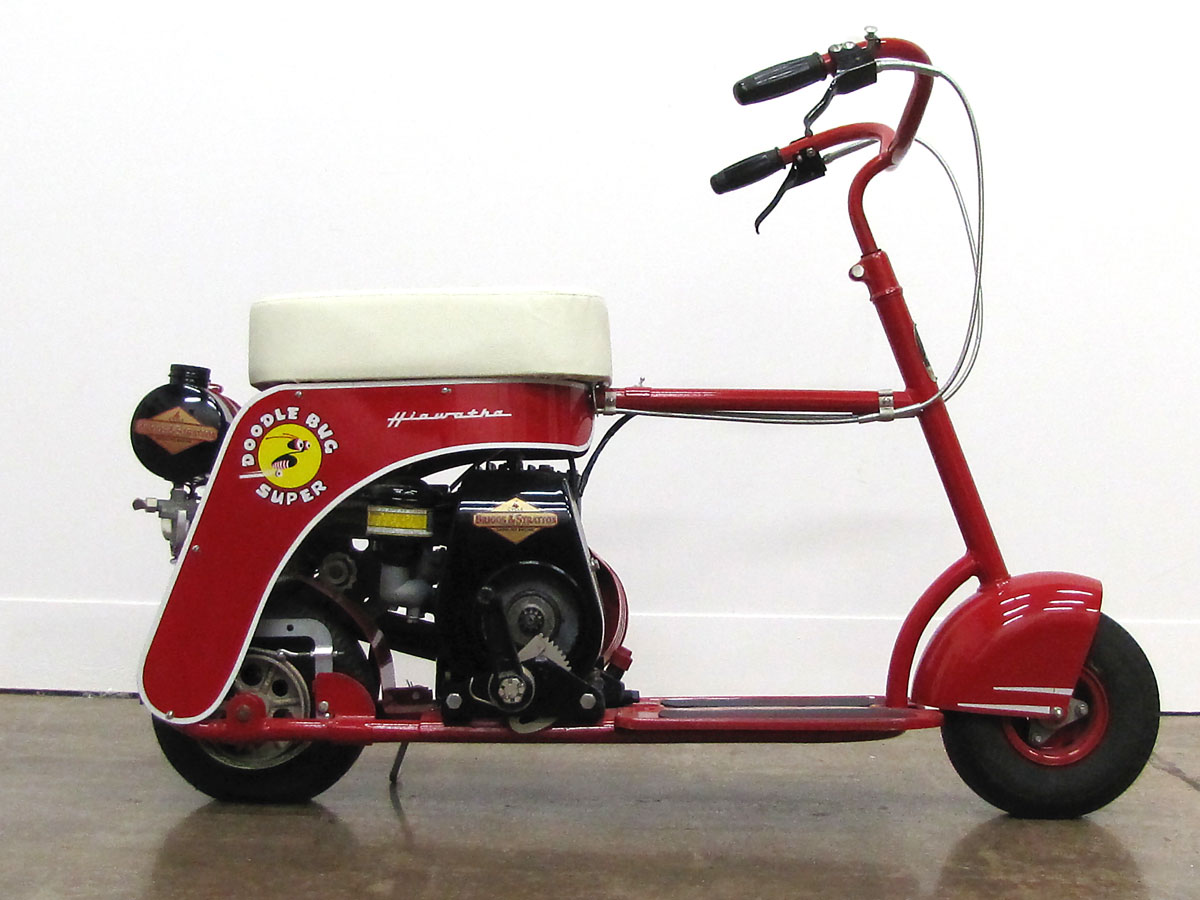 Doodle Bugs were manufactured in Webster City, Iowa just after World War II, 1946 to 1948, by Beam Manufacturing. They were part of the scooter craze that lasted into the early 1960’s when Japanese motorcycles started to dominate sales. Over 40,000 Doodle Bugs were made, some Clinton four-cycle engine powered at the beginning, but most later machines like this one used 1.5 horsepower Briggs & Stratton engines, all with kick-starting and bright red paint.

Using the Hiawatha brand name, Beam sold the scooters through Gambles department stores to compete with Cushman and Allstate scooters. A range of accessories from Doodle Bug allowed owners to make them street legal. Headlight and taillight kits could be operated from a “D” or 6-Volt battery, or with the available generator kit. Looking back, though they may have been street legal, most would agree they are somewhat small and underpowered to be out in today’s traffic on public roads.

Today the following for these interesting machines, with a cool name, is very strong and there’s even an annual gathering in their town of manufacture, Webster City, Iowa.