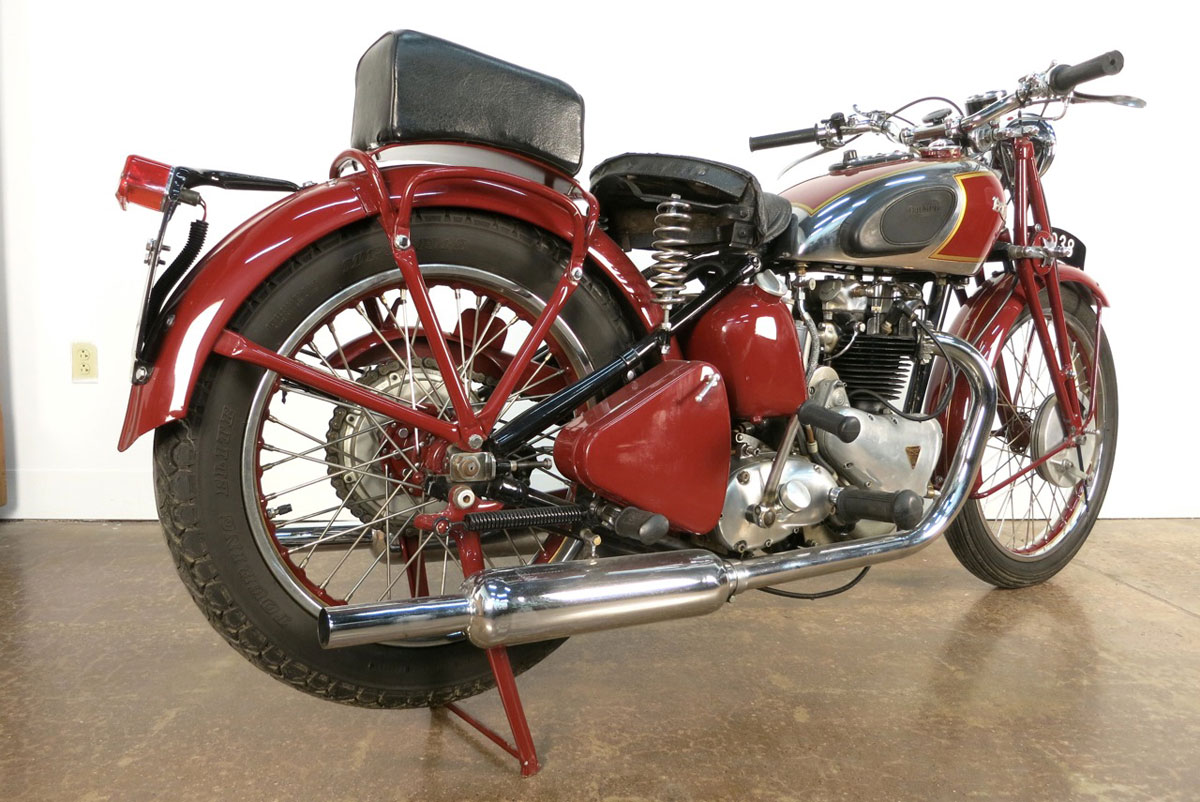 In 1938 Edward Turner unleashed his 500cc Speed Twin, followed by the higher performance T100 Tiger in 1939. Triumph’s first parallel twin was a nimble high performance machine  20 pounds, or more, lighter than typical twin and four cylinder machines made in America.  This marked the beginning of a great run for Triumph; the parallel twin design served in a wide street and competition applications.

Up until the “oil in frame” design of 1971, the parallel twin design Edward Turner brought to Triumph was the mainstay through its entire 75+ years at Meriden and remained so in John Bloor’s resurrection of the marque in 1995. In road racing, dirt track, enduro, drag racing and land speed record, hundreds of racers rode to fame on Edward Turner’s design, and countless racing records were set on its sound engineering.